Ellen Lloyd - AncientPages.com - There is virtually no information about Asenath in the Bible, but she was a woman of importance in ancient times. The story of Asenath is mentioned in the ancient manuscript Joseph and Aseneth. The text, written in Syriac is a translation of older Greek writing, made around 550 CE by Moses of Ingila.

From this anthology that was compiled around 570 C.E by Zacharias of Mytilene (465 -536) who was a bishop and Christian historian, we get glimpses into the life of Asenath.

Contrary to his traditions, Joseph married an Egyptian woman. How and why did one of the most important Biblical figures mentioned in the Book of Genesis marry someone who was not a follower of his faith? Why and how could this union take place? 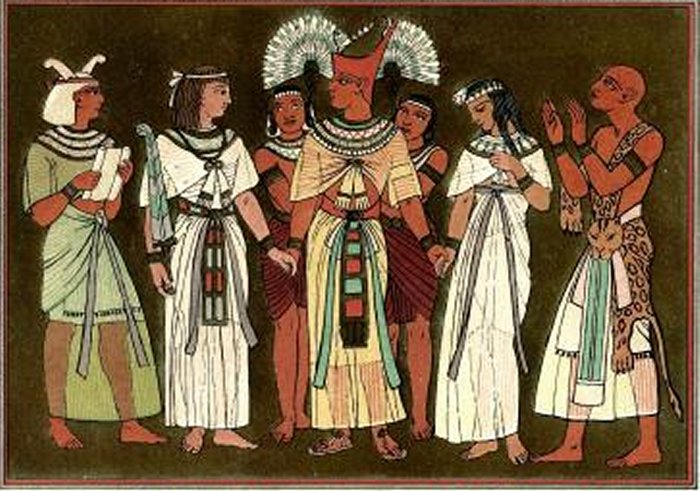 Joseph and Asenath. Illustration by Owen Jones from "The History of Joseph and His Brethren" (Day & Son, 1869). Credit: Public Domain

Asenath was the daughter of Potipherah, a priest from Heliopolis.  According to the Biblical story, the current Pharaoh gave Asenath to Joseph to become his wife.  The couple had two sons, Manasseh and Ephraim, and this made Asenath mother of two tribes in Israel which founded the two royal dynasties.

In the story of Joseph and Asenath, the Egyptian woman is presented as a virgin who rejects several men in favor of Joseph, but he doesn’t want to have a Pagan wife.

To make herself worthy, Asenath locked herself in a tower. There, she rejected her idolatry in favor of Joseph's God, Yahweh. She was then visited by two angels who accepted her conversion and she underwent a religious ritual. To remove the false prayers to the pagan gods, Asenath’s lips were covered with bees that stung her. When the ceremony was completed, she was allowed to marry Joseph.

Asenath Was Saved By A Golden Tablet

Some scholars suggest Asenath’s life story is a bit more complex. Joseph, who was the son of Jacob started his early years as a slave. Later, he became a man of great importance in ancient Egypt. Joseph was a vizier and the second most powerful man in Egypt next to the Pharaoh.

So, it’s not so surprising that the Pharaoh offered him Asenath as a wife.

Biblical Lydia ‘Woman Of Purple’ Who Run Her Own Business

Rabbi Pirkei de-Rabbi Eliezer suggested that Asenath was the daughter of Joseph's sister Dinah, conceived as a result of a rape by Shechem. Her brothers wanted to put her to death because illegitimate children were not tolerated in the house of Jacob. However, Jacob did not want to kill the newborn. 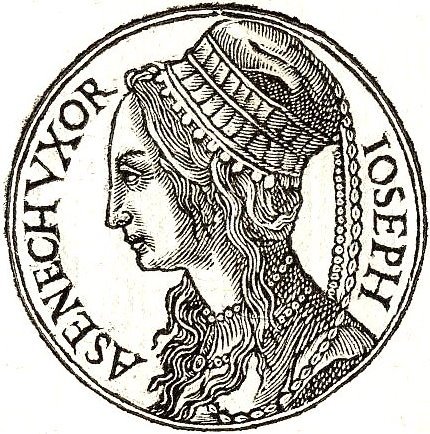 Aptowitzer explains that “Jacob, however, suspended around her a neck of golden lozenge on which he engraved the Holy Name and sent her (Dinah) away. Michael brought her to Egypt, where she (Asenath) was brought up in the house of the childless Potiphera.

When Jacob left Shechem, he wrote down the story of the violation of Dinah by Shechem on a golden tablet. When Dinah subsequently gave birth to Asenath, Jacob hung this tablet about her neck and exposed her near the wall of Egypt. On the same day, Potiphar was taking a walk, accompanied by his retinue, and approached the wall.


He heard the child weeping and commanded his followers to bring it to him. When he noticed the tablet and read the inscription, he said to his followers: “This child is the daughter of eminent people. Carry it to my house and procure a nurse for it.”. Thus she was brought up in his house.”

This story explains why Asenath who was a Pagan, was nevertheless considered pious and upright. It was thanks to Jacob’s compassion that she survived. Her early life was dramatic, and the golden tablet that had been placed around Asenath’s neck was a birth certificate that changed her destiny.

Chesnutt, Randall D. From Death to Life. Conversion in Joseph and Aseneth (Journal for the study of the pseudepigrapha: Supplement series 16). Sheffield: 1995