Ellen Lloyd - AncientPages.com - The Samurai Era 1185-1868 was an exciting period in the history of Japan. The Samurai warriors, who occasionally remind of knights of Medieval Europe, were brave, loyal, and skilled horsemen.

Yet, there were many differences between the Medial warriors and those who belonged to the Samurai class.

There are today many misconceptions about the Samurai, who are often portrayed as brutal and crude killers. The Samurai warriors, who lived at the top of a strictly layered society, were undoubtedly ruthless and showed no mercy, but they were by no means primitive individuals. 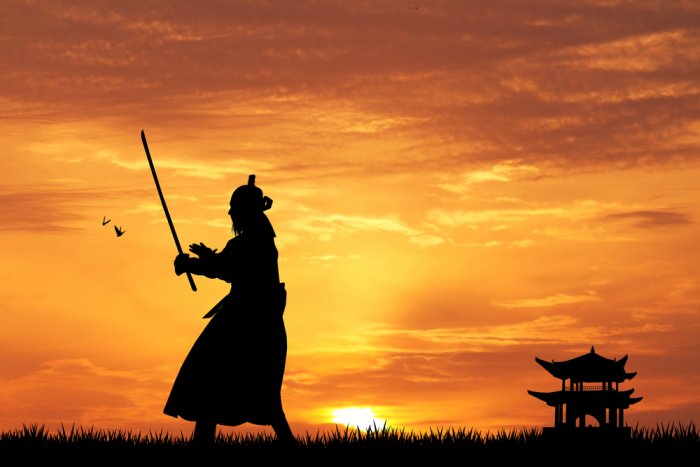 A samurai was expected to show reckless courage, fairness, reverence for the gods, and generosity toward those weaker. At the very heart of all Samurai, training was the ‘Bushido Code,’ a strict creed – ‘Way of the Warrior.’

Dying an honorable death was judged more important than living a long life. The high value of honor explains why Seppuku, the old Japanese suicide tradition dates back to the 11th century. By committing Seppuku, one was guaranteed honorable death instead of life in shame-

Surprisingly, despite their amazing skills in battle, the samurai loved music, art and poetry. Many of the samurai were genuinely interested in Zen Buddhism, a vital force in Japan, especially after the 12thcentury. It had considerable influence on Japanese culture, far beyond the temple, and successfully reached cultural and social areas of all kinds, including gardening, ink painting, calligraphy, the tea ceremony, and even military strategies.

Most Samurai warriors were of Japanese origin, but not all of them. For example, William Adams (1564 – 1620) became the first white man to become a Samurai. It took years for Adams to reach the position of Samurai, but he was not forced to become a Samurai. That elevation took place as a reward for his dedicated service and contribution to the Japanese shogunate.

Another remarkable personality who became a famous Samurai was Yasuke. Known today as the first black Samurai, Yasuke was an African who came to Japan in 1579.

His original mission was to work with Jesuit missionaries, and he served as a bodyguard to the Italian Jesuit Alessandro Valignano, who was charged with developing Catholic missions in the Far East.

In time his life path changed dramatically, and Yasuke’s story has been portrayed in movies and books.

There is little information about Yasuke’s early life. He may have been from Mozambique, but there is no substantial evidence for this. Historians speculate whether Yasuke was sold as a child slave and trafficked to India. However, according to Thomas Lockley, the author of "African Samurai: The True Story of Yasuke, a Legendary Black Warrior in Feudal Japan”, the problem with this theory is that “slavers preferred children because they were easier to control and manipulate; Yasuke would have been eighteen or nineteen when Valignano passed through Mozambique, late in the day to be enslaved.” 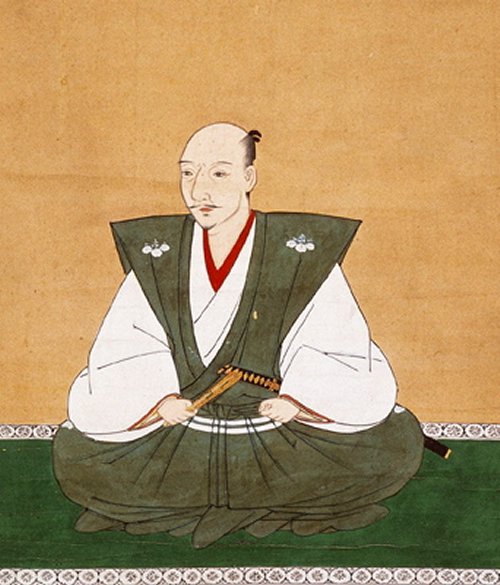 A black man of huge stature and strength was quite a sensation in feudal Japan. People gathered to see him and Oda Nobunaga, (1534-158), a powerful warlord who met Yasuke believed the man was a god. No-one had seen a black man before and Nobunaga who didn’t believe in the existence of black people.

Nobunaga thought Yasuke was a guardian demon or "Daikokuten," a god of prosperity and even rubbed Yasuke’s black skin to try to “clean it off.” The meeting between Yasuke and Nobunaga led to a long friendly relationship and the beginning of his Samurai career.

Yasuke has learned to speak Japanese and shared with Nobunaga tales from Africa and India. Nobunaga was fascinated and learned much about foreign and distant places.

Nobunaga who attempted to unify Japan during the late Sengoku period, managed to the autonomy of the Iga ninja once and for all.

“However, their leader, Hattori Hanzo, took them into the service of Tokugawa Ieyasu, and a large corps, around three hundred, formed a part of the guard at Ieyasu’s new Edo Castle. Hattori has gone down in history and legend as the best known of the ninja, and as such has enjoyed a huge showing in popular culture, video games, movies, television, manga, and books in Japan and overseas,” as Lockley writes in his fascinating book.

Led by Hattori “the Demon” Hanzo, Shinobi no Mono, the Shadow Warriors of the 16th century were incredible ancient Japanese fighters that became known for their seemingly superhuman power and astonishing athletic accomplishments.

When Valignano left Japan, it was only natural that Yasuke was offered to Nobunaga. This was a period tormented by political espionage, merciless assassinations, and ninja attacks. Yasuke was considered an asset, and he was trained in the art of Japanese warfare. He was the first documented foreign-born retainer to a Japanese lord, and he was greatly rewarded for his outstanding services. Yasuke had a regular good income, servants and he was given an ornate Japanese sword.  According to Lockley, “all extremely high honors accorded to only the most privileged retainers.”

Yasuke was part of Nobunaga's inner circle, and he fought loyally alongside his master, who controlled Kyoto, the dominant center of the country, against other clans.

In 1582 there was a coup, and Yasuke’s life changed. Nobunaga 's Samurai general, Mitsuhide Akechi, attacked Nobunaga 's residence in Kyoto. To avoid losing his honor, Nobunaga committed Seppuku, and thus ended his life. Before Nobunaga died, he asked Yasuke to give his head and sword to his son and heir Nobutada. Yasuke did this and then witnessed the son also perform ritual suicide. 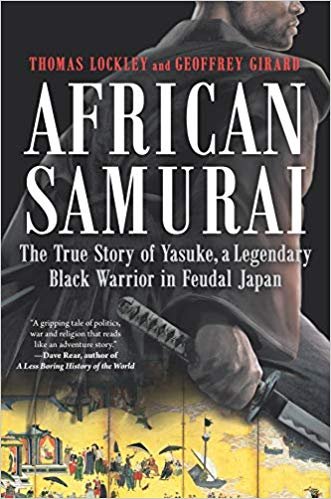 His arrival in Kyoto, however, literally caused a riot. Most Japanese people had never seen an African man before, and many of them saw him as the embodiment of the black-skinned (in local tradition) Buddha. Among those who were drawn to his presence was Lord Nobunaga, head of the most powerful clan in Japan, who made Yasuke a samurai in his court. Soon, he was learning the traditions of Japan’s martial arts and ascending the upper echelons of Japanese society.

In the four hundred years since, Yasuke has been known in Japan largely as a legendary, perhaps mythical figure. Now African Samurai presents the never-before-told biography of this unique figure of the sixteenth century, one whose travels between countries, cultures and classes offers a new perspective on race in world history and a vivid portrait of life in medieval Japan. Read more

What later happened to Yasuke is unclear and there are some theories but also conflicting stories. According to one theory, Yasuke was presented to warlord Akechi who said the black Samurai was nothing but an animal and he shouldn’t be killed. Yasuke was sent to the Christian church in Kyoto, the Nanbanji.

Other historians propose that Yasuke was captured and sent back to Nagasaki where he worked with the Jesuit community. There is some historical evidence that Yasuke worked as a trade advisor to Japanese lords in southwestern Japan and possibly traveling to the Philippines and the Korean Peninsula.

It’s also possible that Yasuke entered a new stage in his career and was employed as a pirate. Unfortunately, none of these theories have been confirmed, and Yasuke’s fate remains an unsolved historical mystery.