In Hindu eyes, Mount Meru is quite large, extending about 84,000 Yojana high or about 672,000 miles. Because the Hindu and other eastern religions adore Mount Meru, they feel that the sun and all the planets in the solar system orbit it. 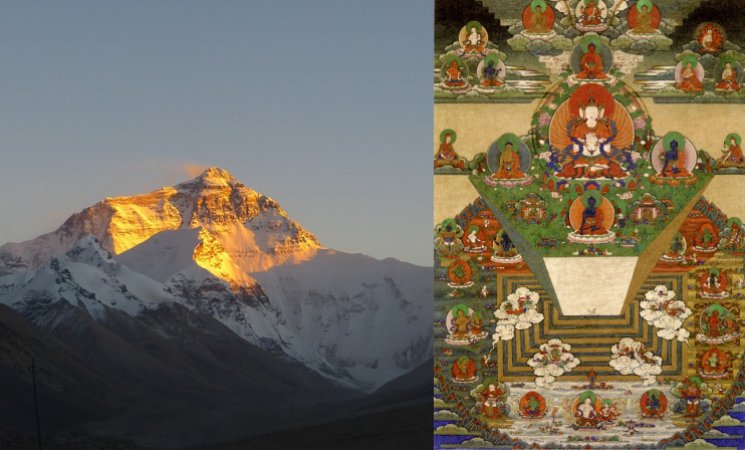 According to Jain mythology, there are two sets of suns, moons, and stars that circle Mount Meru. While one set is working, the other place rests in the shadow of the mountain which to them measures about 100,000 Yojans wide.

The Importance Of Sacred Mount Meru

For the Hindus, Mount Meru is the Earth’s axis. Without it, the earth cannot rotate. Also, they view the mountain as the home of the gods with the important ones having their own separate kingdoms somewhere along with its great height.

The followers of each of these important gods go to those celestial kingdoms to rest and wait for their next reincarnation. This transfer takes place after the worshipper has died.

For the Javanese people or Indonesians, Mount Meru provides the origin of their island Java. According to their legends, the Batara Guru commanded Brahma and Vishnu to fill the island with humans.

Unfortunately, at that time the island of Java was floating and not anchored to any solid ground. To stop the movement, the gods moved Mahameru in Jambudvipa India, and attached it to Java. This new anchor became Mount Semeru, now the highest mountain in Java.

For the Buddhists, the importance of Mount Meru is found in their belief that it is the center of the universe, much like Hindu belief. Unlike the Hindu version of Mount Meru, the Buddhists believe or believed that the mountain was surrounded by a body of water and that water was encircled by the wind.

Also, the Buddhists believe that 31 different planes of existence reside on the mountain, each one with its own style on life form and worlds.

The Mythological Characteristics Of Mount Meru

Because it is thought of as the center of the universe and a sacred place, Mount Meru has a lot of mythological characteristics attached to it. First, it is so high that the mountain touches heaven. Then the polar star shines directly above the mountain, giving it a more sacred appearance.

Second, it is said that the River Ganges comes to the mountain as one river. Once it hits Mount Meru, it divides itself into 4 separate rivers. Third, there are 4 cities filled with inhabitants on each side of the mountain; one for each side. 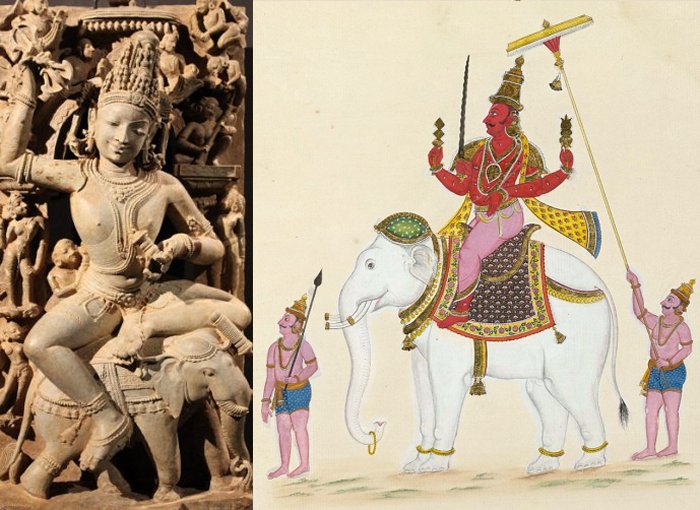 It is said in ancient myths that these inhabitants see the sun all the time in the center and always working. The sun only appears to rise and set to those who do not live on the mountain.

Also, there is one lord of the heavens, God Indra, and he lives at the peak. Four celestial kings live on Mount Meru, with one for each side. The Mountain extends down to Jambudvipa which itself is divided into 4 continents.

What makes this important is that the southern continent of Jambudvipa was where Buddha was born. It is also where his teachings are followed.

There Is Some Controversy Surrounding Mount Meru

As with many myths, modern science gets in the way. Although ancient Buddhists believed the mountain was real, European visitors started to tell a different story about the earth. This story contradicted Buddha’s teaching about Mont Meru. 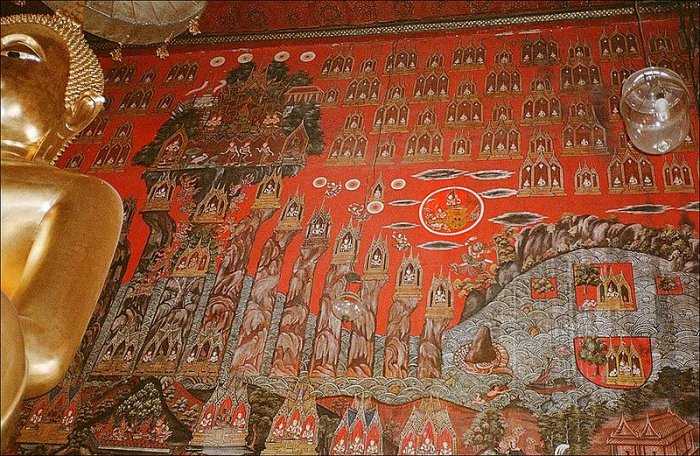 For a while, this new information caused some problems.

Finally, modern Buddhist scholars decided it was an allegorical tale and not a description of a real mountain.

Unfortunately for science, many Buddhists still refuse to change their beliefs about the sacred Mount Meru. They felt that defending the existence of Mount Meru was the same as defending Buddha. The ancient belief in the mountain still exists today.