Ellen Lloyd - AncientPages.com - Archaeologists are slowly piecing together the fascinating history of the mysterious Maya Snake Kings, who created a powerful kingdom in a remote corner of the Guatemalan jungle.

Who were the Kaanul rulers, known as the Maya Snake Kings, and how and why did they become so powerful? The history of the Snake kings is still shrouded in mystery, but scientists have come a long way, and we are learning more and more about these enigmatic ancient Maya Snakes and their kingdom. 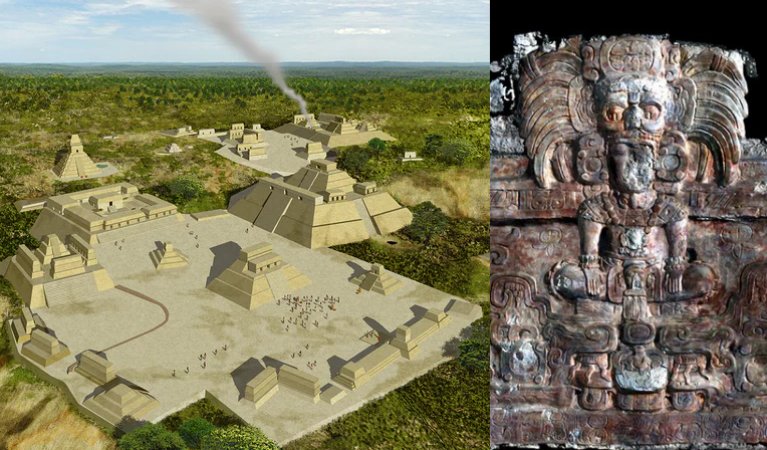 Left: Reconstructed view of Holmul in the final phase of the classic period. Photograph: Picasa/image by J Gonzalez, PACUNAM; Right: A 3D scan of the frieze decorating a tomb-containing building at Holmul, showing a king wearing an avian sun god headdress emerging from a sacred mountain spirit head amid feathered serpents. Photograph: Picasa/A Tokvinine, U Alabama

Scientists' reports, aerial laser maps, excavations, and studies of stone-slab hieroglyphics shed new light on the lost history of the Snake dynasty. We explore what we know so far of the mysterious Snake Kings and Queens.

Some years ago, scientists discovered the tomb of Lady K’abel; a seventh-century Maya Holy Snake Lord considered one of the great queens of Classic Maya civilization. 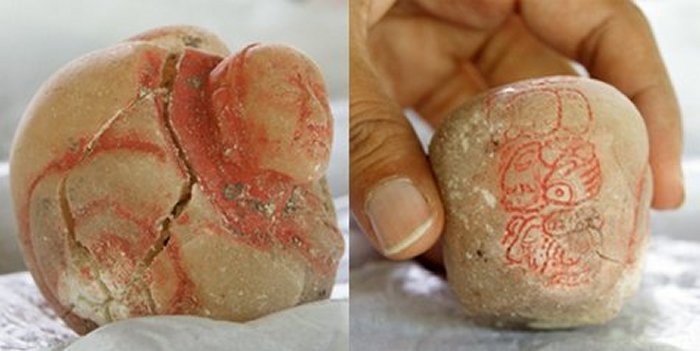 The carved alabaster vessel (shown from two sides) found in the burial chamber caused the archaeologists to conclude the tomb was that of Lady K’abel. El Peru Waka Regional Archaeological Project

Her remains were found during excavations of the royal Maya city of El Perú-Waka’ in northwestern Petén, Guatemala.  This was a significant discovery because the unearthed tomb belonged to a notable historical figure in Maya history. It was also one of those cases when Maya archaeological and historical records met. K’abel also is famous for her portrayal on the famous Maya stela, Stela 34 of El Perú, now in the Cleveland Art Museum.

Hidden Tombs Of The Snake Kings Beneath The Maya Pyramids

Earlier this year, archaeologists announced they had made a spectacular discovery that could re-write ancient Maya history. Using laser technology, scientists located two untouched tombs belonging to the Snake Kings beneath Maya pyramids in Holmul, 300 miles north of Guatemala City.

Inside one of the tombs was the skeleton of a middle-aged person with jade inlays in their teeth and what appears to be an inscribed human tibia bone. 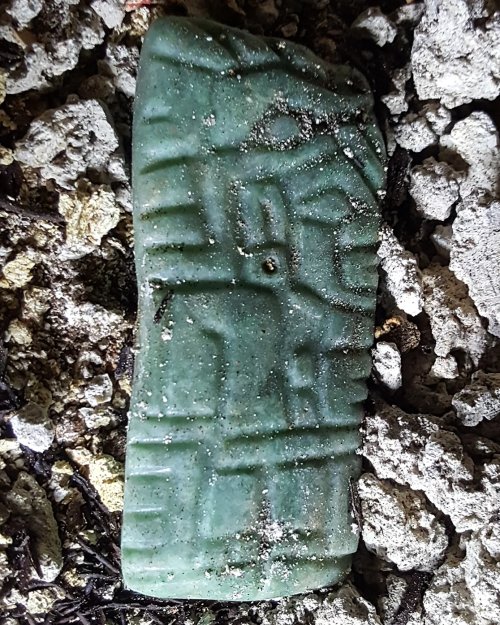 Ever since the most ancient times, jade has been held sacred throughout the world. Jade has been discovered in ancient tombs. Ancient civilizations decorated figurines of gods with rare green stones. Our ancestors were convinced that jade was a stone with secret ancient powers.

The other tomb contained the remains of another middle-aged person who had been decorated with an array of vessels and jade ornaments. A jade necklace could also be a "war trophy."

Both individuals were members of the Snake dynasty. 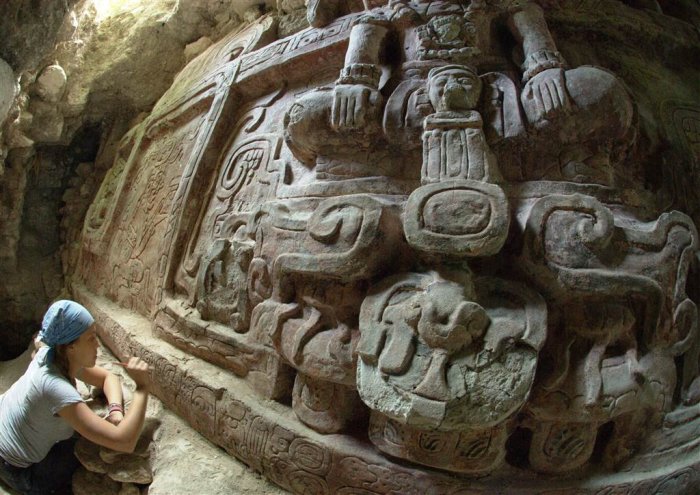 This finding is remarkable because it’s the first time a discovered jade artifact ever mentions the name of a snake king. The inscription on the necklace, which holds a carved cormorant’s head that morphs into the image of a sun god, is unusual because it belongs to a king from an entirely different city: “Yuknoom Ti’ Chan, Holy king of Kaanul.” The king was a member of the snake dynasty, 100 miles from their ancient capital of Dzibanche, which stands in modern Mexico.

Civil War Among The Snake Kings And Importance Of La Corona

Based on previous archaeological discoveries, scientists have been able to conclude there were several internal conflicts among the snake kings, including something resembling a civil war. The Snake Kings used force and diplomacy to create the most powerful alliance in their culture’s history.

Scientists from Tulane University in New Orleans have conducted a comprehensive laser mapping of 2,100 square kilometers of the Guatemalan lowlands containing many ancient Maya sites.

Discoveries shed more light on the importance of Snake Kings’ ancient city La Corona which was not as isolated as previously thought.

According to archaeologist Tomás Barrientos of the University of the Valley of Guatemala in Guatemala City, who co-directs La Corona excavations with Canuto, stone inscriptions dating to 314 discovered at La Corona reveal the arrival of specific Maya gods. 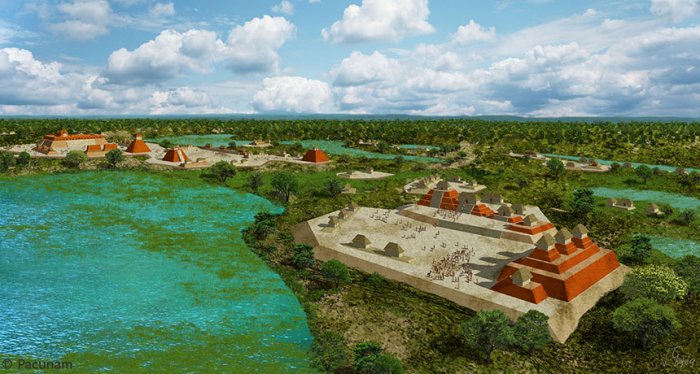 Artist’s illustration of an ancient Maya site called La Corona with a ceremonial center in the foreground. New research suggests that it was a remote but critical part of a large Classic Maya state. Credit: Panucam

The Snake Kings associated themselves closely with those deities. Interestingly, the same gods are mentioned on a carved monument dating from 546. Examination of the hieroglyphic writing on this stone reveals that La Corona was under the control of a large capital city. This was most likely the city of Calakmul, whose rulers wanted to associate themselves publicly with revered La Corona gods.

“To create a new state, Kaanul rulers manipulated traditional mythology at La Corona and celebrated their connections to deities that had preceded their arrival,” Barrientos said.

The extensive writing and record-keeping also suggest that La Corona played an essential role in the Kaanul state. Scientists propose La Corona served as a conduit for sending goods north to Calakmul.

There are still many unanswered questions about the Snake Kings: how they lived, ruled, and fought—and even whether some of them were real. Hopefully, we will learn more about this fascinating ancient civilization soon.