AncientPages.com - Earlier this month, archaeologists found a granite sarcophagus and a marble bust in a tomb during excavation work on private land in Sidi Gaber, Alexandria, Egypt.

As Ancient Pages reported, the sarcophagus dates back to the Ptolemaic period 2,000 years ago. At the time of the discovery the sarcophagus was sealed, but it was later opened. Speculated it might have been the final resting place of Alexander the Great, but that was not the case. Inside the tomb experts found three skeletons and red-brown sewage water. The remains are still unidentified, but it’s likely the bodies belong to dead warriors. One of them appears to have a wound that is the result of being hit by an arrow, experts said. 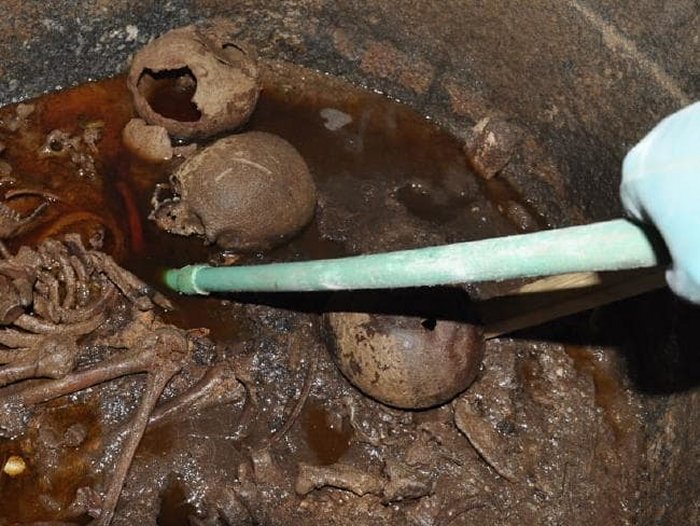 The skeletons, immersed in red liquid, were found inside a black granite sarcophagus unearthed in the Sidi Gaber district of Alexandria, Egypt this month. Picture: AFP/ Egyptian Antiquities MinistrySource: AFP

What has really attracted the public is the unusual liquid which some think has supernatural properties. Other suggest the tomb is cursed and demons are watching over it.

Authorities have already revealed the liquid is neither “juice for mummies that contains an elixir of life” nor “red mercury” but something far more pedestrian - sewage water. However, this hasn’t stopped people from demanding access to the liquid. 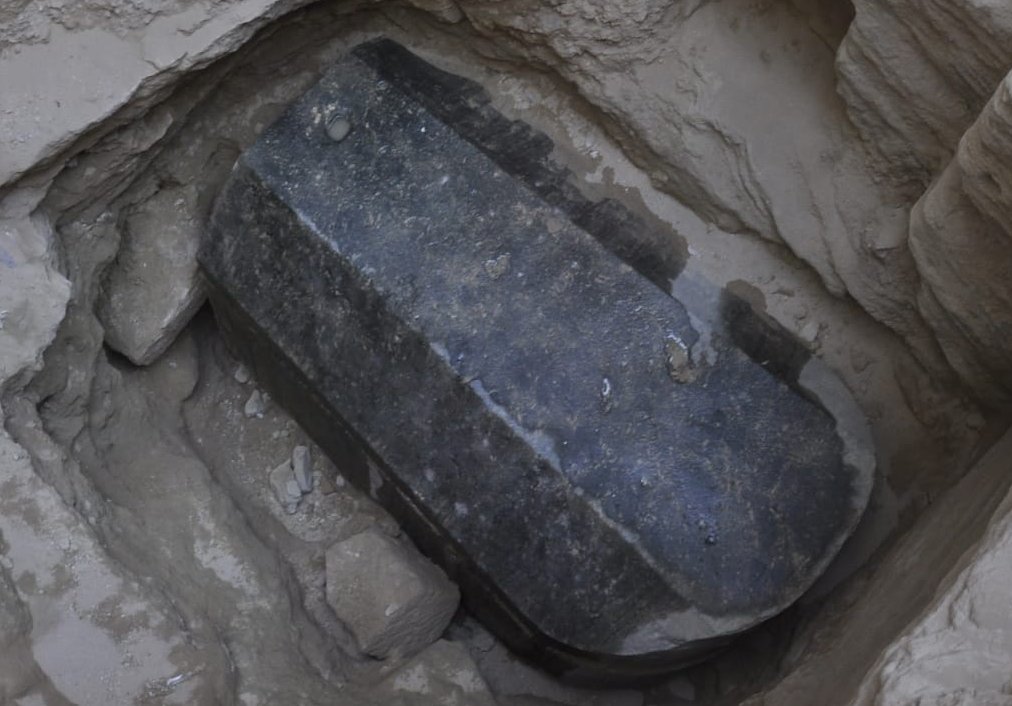 Now, thousands have signed a petition to drink the red liquid found in the mysterious ancient dark box.

“We need to drink the red liquid from the cursed dark sarcophagus in the form of some sort of carbonated energy drink so we can assume its powers and finally die,” the petition says.

A change.org petition entitled “let the people drink the red liquid from the dark sarcophagus” has attracted more than 16,000 signatures.