AncientPages.com - On February 15, 1898, at 9:40 p.m., the USS Maine exploded, killing 260 men aboard. Public opinion in the United States, urged on by the yellow press, assumed that Spain was responsible for plotting the treachery. However, an accidental internal explosion that had occurred, was also considered possible.

Cries of “Remember the Maine, To Hell with Spain” were heard throughout the country and war fever increased. Congress responded by appropriating $50 million for military readiness. 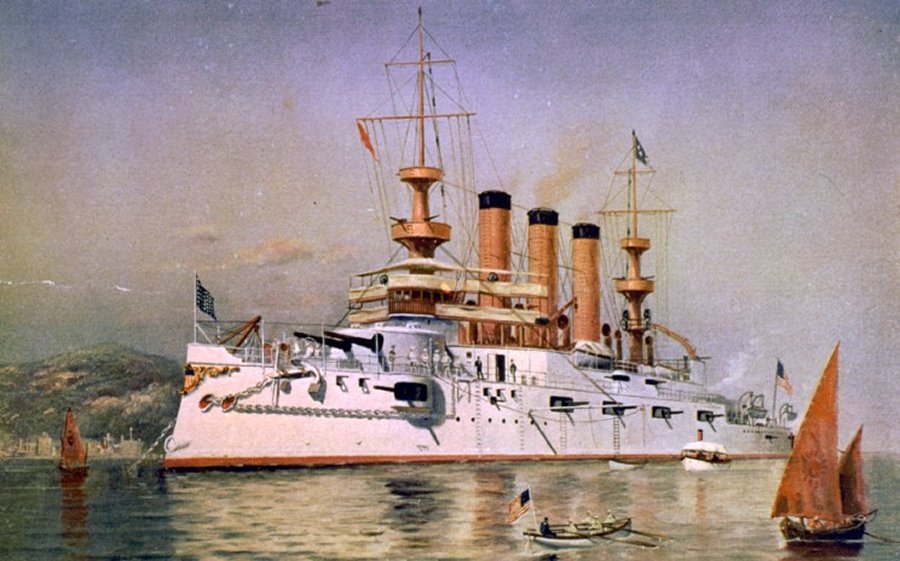 No one has ever established exactly what caused the explosion or who was responsible, but the consequence was the brief Spanish-American War of 1898. American sentiment was strongly behind Cuban independence and many Americans blamed the Spanish for the outrage. Photo source: MaritimeQuest.com

The U.S.S. Maine, a second-class battleship commanded by Capt. Charles D. Sigsbee, was dispatched to Havana harbor in January 1898, ostensibly as a good will gesture, but in reality to protect American lives and property in the troubled colony. For three weeks it lay moored to a buoy 500 yards off the arsenal.

The Spaniards clearly felt some resentment towards the American presence, but there was no overt display.

President McKinley, despite his anger, still proceeded cautiously. A navy court of inquiry concluded on March 28 that the explosion had been caused by an external source, probably a mine.1 Spain was blamed by an increasing segment of the American population. McKinley explored means to maintain peace and prayed earnestly over the dilemma, but soon realized that he could not hold back the push toward war. Theodore Roosevelt, a leader of the war faction, opined,

“Let the fight come if it must. I rather hope that the fight will come soon. The clamor of the peace faction has convinced me that this country needs a war.”

President McKinley requested a declaration of war and Congress responded affirmatively on April 25, but had earlier disavowed any interest in annexing Cuba. The first military action followed within a week.

The wreck of the Maine remained in Havana harbor until 1911, when U.S. Army engineers built a coffer dam around the wreck, sealed the after hull of the ship and floated it out to sea. It was sunk with its flag flying on March 16, 1912.

The remains of 66 crew members were removed during the raising and buried in Arlington National Cemetery.

In 1976, a team of American naval investigators concluded that the Maine explosion was likely caused by a fire that ignited its ammunition stocks, not by a Spanish mine or act of sabotage.