AncientPages.com - Beneath the modern streets of Dublin, Ireland, archaeologists have made an astonishing discovery uncovering the largest known Viking burial in Europe, Scandinavia excluded. This incredible discovery includes not only Viking warriors, but also valuable ancient treasures.

This massive research project started back in 1999, and it is now that archaeologists are coming to terms with how significant this discovery has proven to be. The project will result in the publication of an 800-page tome titled 'Viking Graves and Grave Goods in Ireland.'

So far, 59 Viking graves have been uncovered and many more are still turning up.

"As a result of our new research, Kilmainham-Islandbridge is now demonstrably the largest burial complex of its type in western Europe, Scandinavia excluded," says Stephen Harrison, who co-wrote the catalogue with Raghnall Ó Floinn, the director of the National Museum of Ireland. The museum houses a Viking exhibition, which includes a ninth century Viking skeleton with sword and spearhead, found in the War Memorial Park, Islandbridge in 1934. 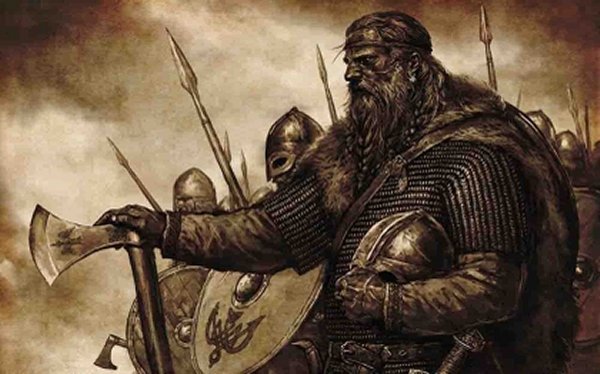 "The vast quantities of artifacts, dating from between AD 841 and AD 902, found indicate the importance and wealth of Dublin at the time," Irish Central reports.

"Not every Viking was buried with artifacts. These are aristocratic burials, "Harrison said.

"There is something phenomenal happening in Dublin," archaeologist Linzi Simpson told the Irish Times.

"The annals record these vast numbers of warriors coming to Dublin, and recent work is now matching that with the archaeology.

We used to think the annals were prone to exaggeration, and maybe the Vikings weren't so bad. But now there is a swing towards, 'Jeepers, they were fairly catastrophic.'" 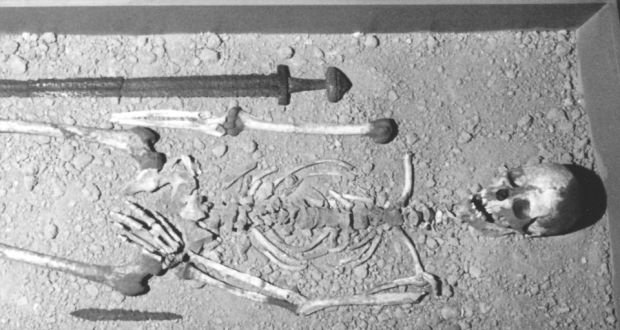 A Viking burial at Islandbridge, Dublin.

The bodies were buried on both sides of the Liffey and along the Poddle. In 2003, Simpson excavated four Viking warriors in South Great George's Street, with three believed to have been buried from about AD 670-AD 882 and the other sometime later.

Vikings were first spotted off the coast of Ireland in AD 792.

"They heard about this little island that was full of gold and people, and the raiders flooded in," said Simpson. "Dublin becomes a trading capital of the ninth century." 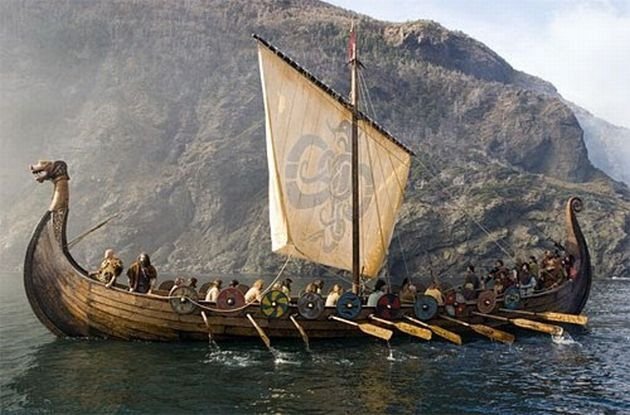 Not every Viking was buried with artifacts. These are several aristocratic burials in Dublin.

"Ireland is not on the periphery of Europe as Brussels might see it today. From a Scandinavian viewpoint, it is central to the approach to Europe," said John Sheehan, University College Cork archaeologist.

Despite the strong Viking presence, not much Viking DNA has been found by geneticists in Ireland.

Cathy Swift, of the University of Limerick, is involved in a UK-Irish project called Genes of Celts, Vikings and Normans.

She is looking for Viking surnames that were included in townland names, as she believes these families may have strong traces of Viking ancestry in their DNA, says the Irish Times. 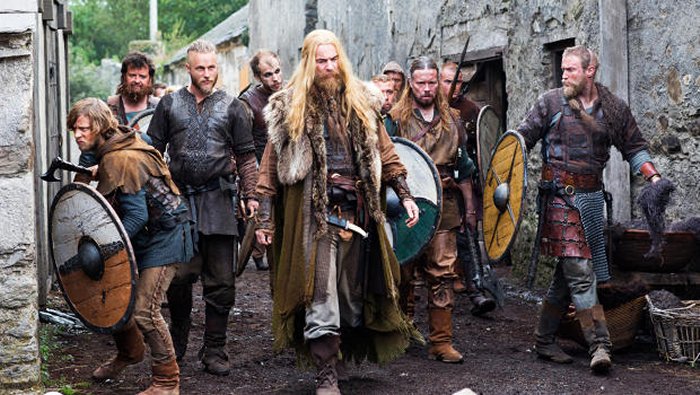 "What we are now doing is testing the DNA of people with those surnames," she said. "As an archaeologist, it is difficult to believe that the Vikings didn't come in large numbers. A wide range of things not Irish suddenly appear."

Norse Kingdom Of Dublin Was Founded By The Vikings In 839 A.D.
Mystery Of The Brave Viking Chief Buried On The Gokstad Ship

"Everything we thought we knew about the Vikings was wrong," said Eamonn Kelly, keeper of Irish antiquities at the National Museum. "The belief that Viking activities were concentrated on the Irish Sea area but largely absent from the west of Ireland is wrong, and it is simply not the case that there wasn't a Viking presence in Ireland outside Dublin, Waterford, Wexford and Limerick. Vikings settled the west coast and integrated with the native Irish."

One of the earliest Viking raids occurred on Inishbofin in AD 795, which followed raids on Rathlin and Inishmurray.

"I believe these were exploratory raids along the north and west coasts with a view to assessing the prospect of establishing settlements," said Kelly.

"It was a win-win: Vikings came with new technology and introduced long-distance trade. And they integrated into the local set-up."