Jan Bartek - AncientPages.com - Marine archaeologists from Vrak - Museum of Wreck have found the wreck of the naval vessel Äpplet, Vasa's sister ship. The ship was first launched in 1629 and was built by the same master shipbuilder who completed the Vasa. The discovery was made within the research programme "The Forgotten Fleet," which is led by Stockholm University.

On several occasions, the museum’s maritime archaeologists have collaborated with the navy to survey a strait at Vaxholm, an island outside Stockholm. In December 2021, a huge shipwreck was discovered there. Parts of the ship’s sides had fallen to the bottom of the sea, but the hull was otherwise preserved up to a lower gun deck. The fallen sides had portholes on two different levels, evidence of a warship with two gun decks.

“Our pulses spiked when we saw how similar the wreck was to Vasa,” says Jim Hansson, maritime archaeologist at the museum. “Both the construction and the powerful dimensions seemed very familiar. The hope of finding one of Vasa’s sister ships was sparked within us.” 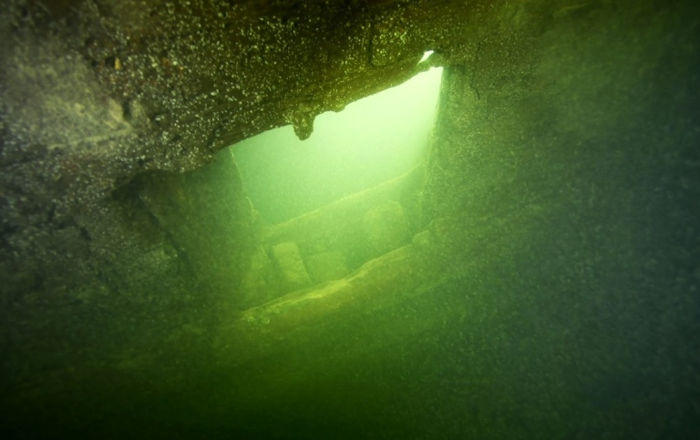 A second more thorough survey was conducted in the spring of 2022. During those dives, ship details were found that had so far only been seen in Vasa, and several samples and analyses were made. It emerged that the oak for the ship’s timber was felled in 1627 in Mälardalen – in the same place as Vasa’s timber just a few years earlier.

“The dimensions, construction details, wood samples and archival material all pointed in the same direction – amazingly, we had found Vasa’s sister ship Äpplet,” says Patrik Höglund, another maritime archaeologist at the museum.

Previous finds revealed to be other ships

In 2019, the museum’s maritime archaeologists found two shipwrecks at Vaxholm that were thought to be Äpplet. But the surveys that took place at the time revealed that the vessels were instead Apollo and Maria, two medium-sized ships from 1648. The archaeologists refused to give up, and continued their search.

“With Äpplet, we can add another key piece of the puzzle in the development of Swedish shipbuilding,” Hansson says. “And it’s only now that we can really study the differences in the constructions of Vasa and Äpplet.”

“This will help us understand how the large warships evolved, from the unstable Vasa to seaworthy behemoths that could control the Baltic Sea – a decisive factor in Sweden’s emergence as a great power in the 1600s,” Höglund adds.

“The find is also valuable for those who want to uncover a new piece of exciting history through the old ship,” Hansson says. “Äpplet is part of our cultural heritage, so we’re arranging a lecture at the museum where we tell visitors more about Äpplet.”

Ongoing investigations within "The Forgotten Fleet”

The research programme "The Lost Navy: Sweden's "blue" heritage c. 1450-1850" aims to map, document and study the Swedish naval fleet. Within the framework of the programme, Vrak's marine archaeologists search wrecks with a view to identifying naval vessels at several locations along Sweden's coasts. "The Forgotten Fleet" is led by Professor Leos Müller at the Center for Maritime Studies (CEMAS), Stockholm University and is a collaboration with Vrak/Swedish National Maritime and Transport Museums (SMTM) and the Finnish Heritage Agency. The research programme is funded by Riksbankens Jubileumsfond.

The examination of Äpplet and other wrecks found in the context of The Forgotten Fleet is carried out without actually bringing artefacts to the surface. Instead, large quantities of data is collected in digital form, which can then be used by other researchers, especially projects in the areas of history, archaeology and ethnology, both at Stockholm University and SMTM, that are part of the research programme.

“It shows how differently we view maritime cultural heritage today as compared to when the Vasa ship was salvaged. Today, wrecks must remain on the sea bottom, and there is a new museum that is not based primarily on objects,” says research leader Leos Müller, referring to Vrak - Museum of Wrecks, whose archaeologists identified Äpplet.

The ship that has been found and identified is a unique find - but it is only one of hundreds of ships being mapped within the research programme The Forgotten Fleet, using both archaeological surveys, archival studies and digital tools.

“The mapping that the archaeologists from Vrak are working with forms the basis for the other projects in the programme,” says Leos Müller. 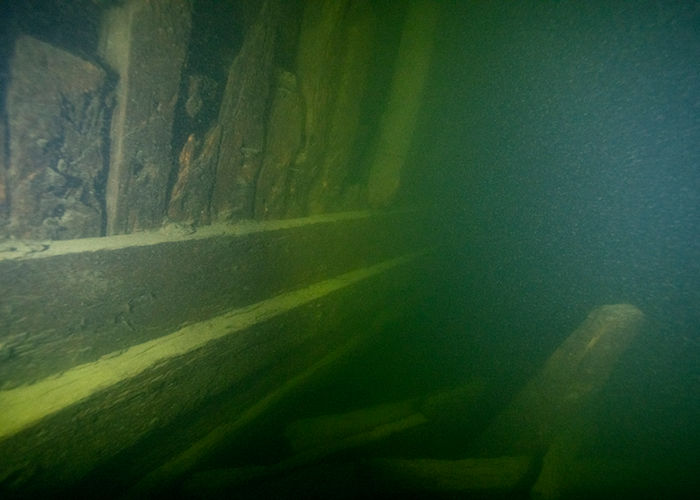 Äpplet (the Apple), port side of the hull with cutout for cannon port. Photo: Jim Hansson, Vrak/SMTM.

Gustav II Adolf signed a contract in 1625 to build two large warships – Vasa and Äpplet. Barely a year after the sinking of the Vasa in 1628, the Äpplet was completed. The ship's designer was Hein Jakobsson, the same master shipbuilder who completed Vasa. He realized that Vasa had the wrong proportions even before she was launched, which could lead to instability. The Apple was therefore built wider than the Vasa, but despite this, the ship was not successful – it was problematic to build large warships with multiple gun decks at that time.

When Sweden entered the 30-year war in 1630, the Apple was in the armada that sailed against Germany. The ship was condemned in December 1658 and the following year the Äpplet was sunk at Vaxholm, north of Stockholm, Sweden.