David Tee - AncientPages.com - Xiahou Dun’s early life is not well recorded. Ziaghou Dun’s father was murdered, it is not known who the culprit was.

It is known that he had a strong temper and at the age of 14, he killed a person for insulting his teacher. 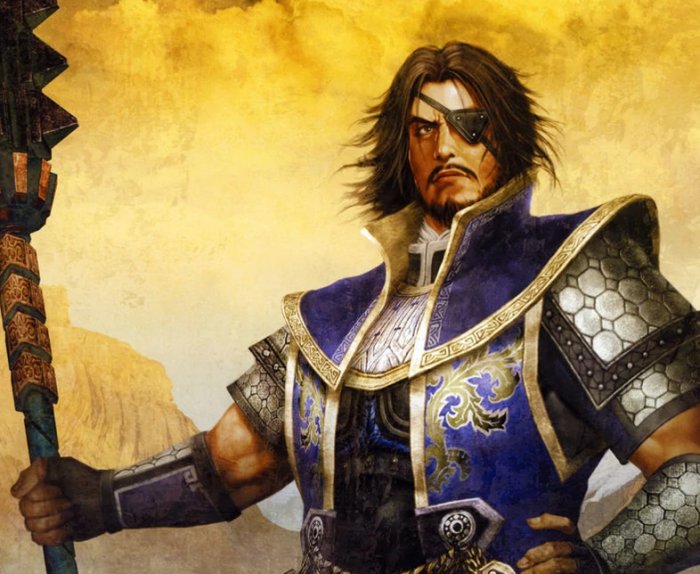 Xiahou Dun was one of Cao Cao's cousins from his father's side of the family. After the loss of his left eye, he was given the nickname "Blind Xiahou" in Cao Cao's army. Xiahou Dun hated this nickname and he would throw a mirror to the ground whenever he saw his own reflection. Image source

Another fact from his early years is that he was the descendant of Xiahou Ying, who was a supporter of and served under Liu Bang or Emperor Gao, the founding emperor of the Han Dynasty.

The governor of the Xu Province Tao Qian was the man Xiahou Dun held responsible for the act. Whether that is true or not is not known but Xiahou Dun joined with Cao Cao when the latter went to war against Tao Qian.

He Failed To Stop A Rebellion

While Xiahou Dun was a faithful soldier, he still had a lot to learn about his enemies. In roughly AD 193, he tried to stop a rebellion by two of Cao Cao’s officers. Failing to do that, he lost supplies, food, and weapons while being taken hostage by the rebellious leaders.

Xiahou Dun was saved when his subordinate followed the law of the time and fought against the kidnappers. He won and Xiahou Dun was rescued. The rebellious leaders were eventually executed.

Later when Cao Cao learned of the rebellion, he changed his military tactics and returned to his home province. He decided to attack Lu Bu from his stronghold and in the next campaign, Xiahou Dun was fighting with him.

In one of the battles, Xiahou Dun was struck in the left eye-blinding it and he became known as the blind Xiahou. In spite of this Cao Cao was successful in his campaign against Lu Bu and regained any territory he had lost to his enemy.

Whether it was due to his eye injury or not, Xiahou Dun did not continue to fight with Cao Cao. Once the latter appointed him Administer of Chenliu, he showed he was up to the task. An agricultural emergency, a locust attack, and drought showed that Xiahou Dun was an able choice.

He dammed up the nearby Taishu River and had the farmers grow their crops in that area. Aiding his people in the time of drought brought Xiahou Dun a promotion to Intendant of Henan. This promotion came in the early 200s and kept Xiahou Dun from participating in more of Cao Cao’s campaigns.

But this promotion did not stop him from being a loyal soldier. Once Cao Cao was away, Xiahou Dun led the remaining forces in defense of Cao Cao’s home province. Because of his military success at the Battle of Ye in 204, Xiahou Dun was promoted to General Who Calms the Waves.

Eventually, in 207, he was given more taxable households to solidify his position. For the rest of his life, Xiahou Dun was a government official who held many government posts and honors in the Han Dynasty

Xiahou Dun Wanted To Prove His Loyalty Once Again

If there is one character trait that followed Xiahou Dun throughout his life, it was his deep sense of loyalty. It carried him through many military campaigns, overcame a devastating injury, and helped him rise up in government.

In 219, Xiahou Dun wanted to prove his loyalty once again to Cao Cao by requesting that the latter appoint him a position in Cao Cao’s little vassal kingdom. Initially, Cao Cao refused because he felt that Xiahou Dun was lowering himself in importance. Later he finally agreed and appointed Xiahou Dun as General of the Vanguard.

Also in 219, Xiahou Dun and others tried to convince Cao Cao to overthrow and replace the Han Dynasty. According to them, that dynasty had come to the natural end of its existence. Yet Cao Cao was not convinced.

It is a good thing too because when 220 rolled around, Cao Cao died leaving his vassal kingdom to his son Cao Pi. Even though Cao Pi promoted Xiahou Dun to the position of General-in-Chief it was an honor that was not enjoyed for very long.

In 220, Xiahou Dun died most likely of natural causes a few months after his beloved leader.