Ellen Lloyd - AncientPages.com -  The Devil’s Tramping Ground in North Carolina is a mysterious place that many still avoid. Curious people who dared to visit this place report seeing unusual lights and strange shadow-like people standing among the trees watching visitors.

Could these mysterious beings be the Dark Watchers who are mentioned in a number of ancient legends and are well-known in several US states? 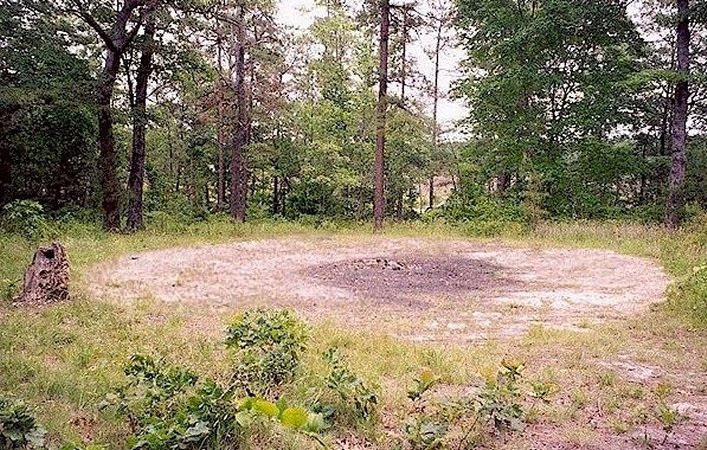 Many stories circulate about this unusual place and how much of what is said is true is difficult to tell, but the Devil’s Tramping Ground can be frightening. This circular spot is located in western Chatham County, in a forest near the Harper's Crossroads area in Bear Creek. As its name implies the place is associated with the Devil.

Stories about the Devil’s Tramping Ground date back to 1882. Devil’s Tramping Ground is a circular area about 40 feet (12 m) in diameter. What is odd about this spot is that nothing has grown there for years. It’s barren of plant life and for some unknown reason, animals refuse to cross this empty patch of woods. No birds build their nest in trees adjacent to this spot either.

Legend About The Devil's Tramping Ground

Legend tells the Devil visits the spot in the night and walks in a circle 40 feet in diameter, trampling with his fiery hooves. This is the reason why nothing grows there. Every time the Devil emerges from his underground hiding place, he brings evil into this world.

According to locals, both the Devil’s Tramping Ground and the legend are as old as Chatham County.

Journalist John William Harden (1903–1985) once wrote that “Chatham natives say... that the Devil goes there to walk in circles as he thinks up new means of causing trouble for humanity. There, sometimes during the dark of night, the Majesty of the Underworld of Evil silently tramps around that bare circle-- thinking, plotting, and planning against good, and in behalf of wrong.”

What Does Science Say About Devil's Tramping Ground?

Rich Hayes, a soil scientist and Chatham County resident became curious and investigated why this circular area is barren of plants. Putting aside legends about the walking devil, Hayes approached the subject as a scientist looking for a rational explanation and natural cause that could shed light on the mystery. 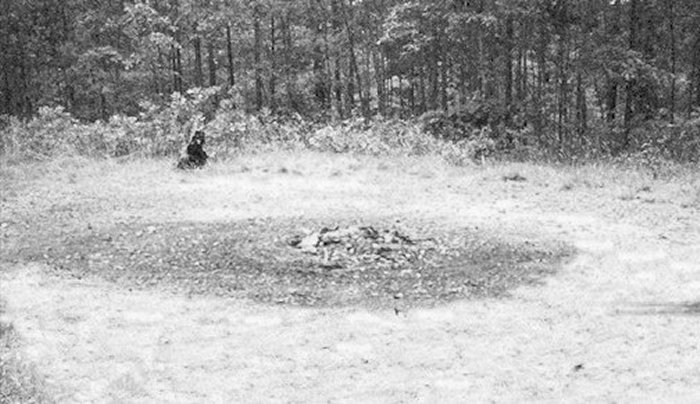 Curiously, there seems to be some energy inside the circle because a compass will skew by about five degrees. According to scientists, compasses usually only do that around soils with a high iron content, which this soil does not have. Could the strange energy inside the Devil’s Tramping Ground be the reason why animals won’t cross the circle?

Harry Davis, the curator of the North Carolina State Museum, “thinks that the Devil’s Tramping Ground is nothing more or less than a spot of earth that is sufficiently loaded with salt to prevent ordinary vegetation from thriving there,” John W. Harden Sr.  explained in the book The Devil's Tramping Ground and Other North Carolina Mystery Stories.

The problem is that scientific investigations have not solved the mystery of the Devil’s Tramping Ground.

Unusual Activities And Sighting Around The Devil’s Tramping Ground

There is no lack of unusual activities in the vicinity of Devil’s Tramping Ground. Apparently, objects left within the circle disappear mysteriously overnight.  It is also said that those who had the courage to spend a whole night in the circle became insane afterward.

If the legend is true, one can only wonder what horrifying things they must have witnessed. Some people reported hearing a restful melody that made them fall asleep. When they woke up later, they found themselves miles away from the Devil’s Tramping Ground.

Not everyone is convinced this place should be associated with the Devil. Some suggest it’s a sacred place where Native Americans celebrated victories. 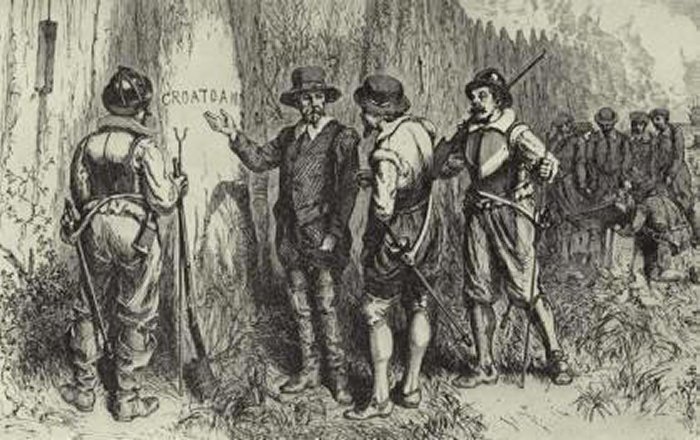 Croatoan was the name of a tribe of Indians, and the Governor at once thought the colonists had gone to the island where those Indians lived. Credit: Public Domain

“Native American people are said to have celebrated victories in war or hunting here. A related story holds that two warring Native American tribes battled here and Chief Croatoan, the leader of one of the tribes, was killed in the fray.

The legend says that he was buried in this circle before his people fled to the coast. There they met with the surviving members of the Lost Colony and agreed to join forces with them, explaining why the word “Croatoan” was carved on that famous tree in Roanoke,” T. Jensen Lacey wrote in the book Amazing North Carolina.

According to Harden, “the Great Spirit has kept bare the circle around the grave, down through the years in mourning for the loss of a faithful chief and a great leader.“

Legends about Devil's Tramping Ground have been passed down from generation to generation by locals. Some stories are most likely exaggerated, but who knows what people experience there. Also, we mustn’t forget that the cause of the circle’s barrenness remains open to speculation.

Perhaps the best way to find out the truth about the Devil's Tramping Ground is to visit the place. It is tempting, isn’t it?