Ellen Lloyd - AncientPages.com - In an ancient Medieval manuscript, there is a very strange story that cannot be easily explained. The incident happened on a Sunday in a small village in Ireland.

A number of witnesses saw a remarkable phenomenon in the sky. It is a story that until today remains intriguing and unexplained. 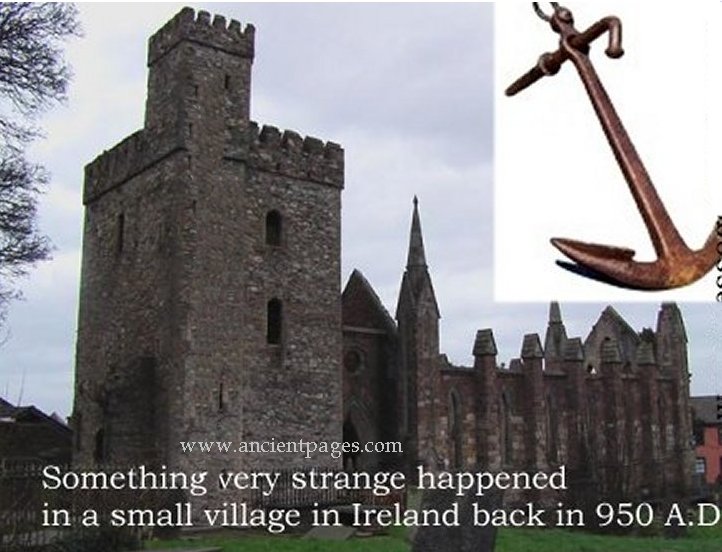 The congregation immediately came out. In the sky, at the other end of the rope, they saw a ship that seemed to be floating on an imaginary ocean. Aboard it, men and women were leaning over the railing, as though watching what was happening at the bottom of the water

According to an ancient Old Norse manuscript known as Konungs Skuggsja , which literally means "King's mirror" (in Latin Speculum regale) something very strange happened in a small village in Ireland back in 950 A.D.

It was Sunday and everyone was attending a mass. Suddenly, "a large metal anchor, attached to a rope, descended from the sky. One of its sharply pointed arms caught in the wooden door of the church.
The congregation immediately came out.

In the sky, at the other end of the rope, they saw a ship that seemed to be floating on an imaginary ocean. Aboard it, men and women were leaning over the railing, as though watching what was happening at the bottom of the water.

The people of Cloera then saw a sailor jump overboard and dive into the air, which must have been water for him, and around him there was what seemed to be a splash of fire. 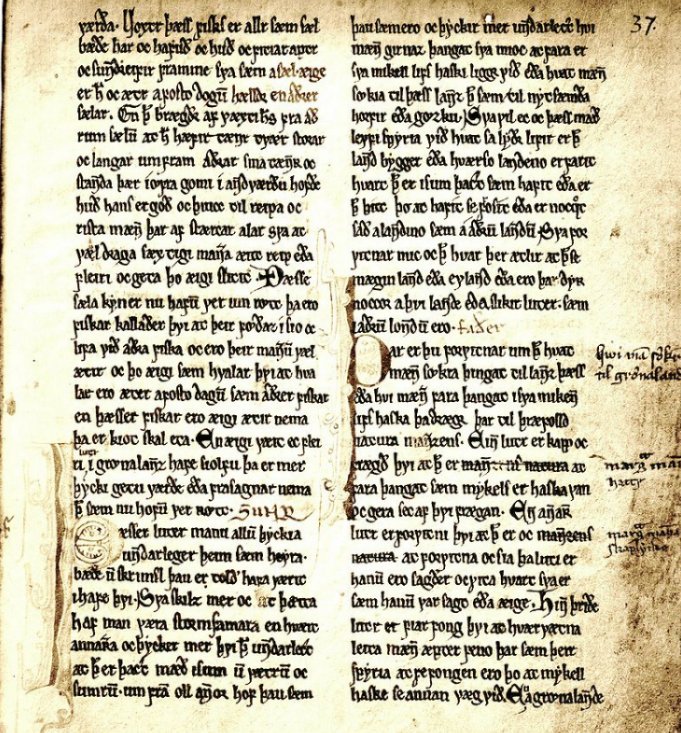 It was obvious that he wanted to dive down and release the anchor.

When he reached the ground, the people rounded him to capture him, but the priest forbade them to touch him, for fear of crime or a sacrilege. The diver did not seem to notice them. He tried to disengage the anchor but his efforts were unsuccessful.

He then rose toward his ship, as though swimming upward. The crew cut the anchor line and the aerial vessel, liberated, sailed out of sight. But the anchor remained fixed in the door for centuries bearing witness to the miracle."

In the manuscript this curious incident is called a "miracle", which is logical considering all of the witnesses were very religious. However, could this event be one of the earliest sightings of so-called airships that were frequently seen in the skies about 1000 years later?

Up to now, it has been impossible to locate a village called Cloera, but the name could have changed or maybe something was lost in the Gaelic translation. Perhaps somewhere in Ireland there is still a small church with an anchor in the door. If you every come across it, you will know the legend behind the story. 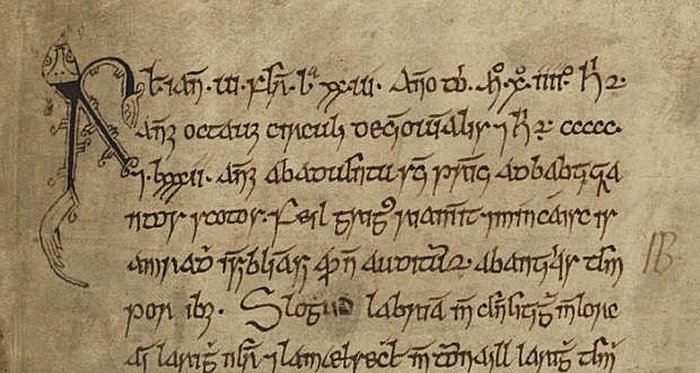 Annals of Ulster were compiled in the 15th century, using earlier sources.

"The Annals of Ulster, for example, in the year AD 749 report that ships were seen in the air (some said above the monastery of Clonmacnois). Other sources report a similar episode at Teltown, during the reign of Congalach mac Maele Mithig (d. AD 956), when a ship appeared in the air above a market fair (oenach) and a member of the crew cast a spear down at a salmon below. When he came down to retrieve the spear a man on the ground took hold of him, whereupon the man from above said: 'Let me go! I'm being drowned!'

Congalach ordered that the man be released and he scurried back up to his shipmates, 'who were all that time looking down, and were laughing together.' Well they might. There is no point in trying to explore the Otherworld with the apparatus and outlook of the science laboratory: flying ships are not subject to the laws of quantum mechanics."

The sighting in the small village of Cloera is a little different. Not only did the witnesses actually see other beings, but the aerial vessel also left behind an artifact that might still exist somewhere.

Perhaps we will never know what happened on that Sunday in 950 A.D, but the story remains intriguing nevertheless.