Ellen Lloyd - AncientPages.com - It is a remarkable but unsettling discovery! It sounds fantastic and implausible, but based on the reported finding, this ancient lost underground city could be several million years old!

Who were the inhabitants of the nameless and forgotten city discovered beneath Missouri? What happened to the large human bones that were unearthed? 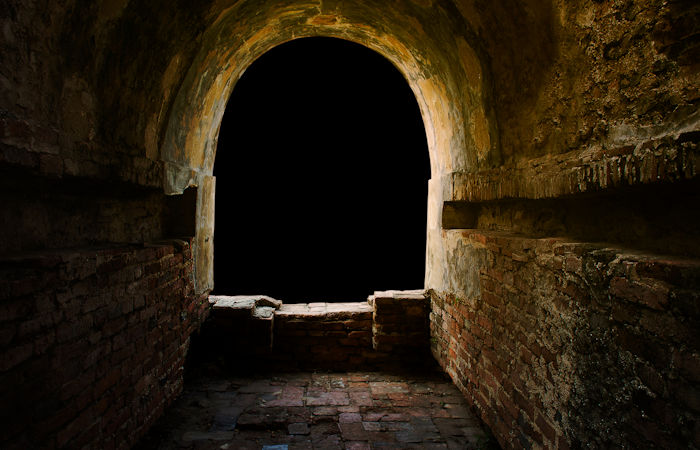 In April 1885, a very interesting article appeared in The New York Times. Readers were informed that Mr. David Coates, the Recorder of the City of Moberly, and Mr. George Keating, City Marshal discovered an ancient wonderful lost city beneath Missouri. The city was found at the bottom of a coal shaft 360 feet deep, which was being sunk near Moberly in Randolph County, Missouri.

According to the article: "A hard and thick stratum of lava arches in the buried city, the streets of which are regularly laid out and enclosed by walls of stone, which is cut and dressed in a fairly good, although rude style of masonry. A hall 30 by 100 feet was discovered with stone benches and tools of all descriptions for mechanical service. Further search disclosed statues and images made of a composition closely resembling bronze, lacking luster. A stone fountain was found, situated in a wide court or street, and from it a stream of perfectly pure water was flowing, which was found to be strongly impregnated with lime."

At this point, the story becomes really interesting. The alleged city was unearthed beneath a coal mine. Coal is supposed to have formed during the Carboniferous Period, about 354 and 290 million years ago. This would mean that the lost city of Missouri would be at least 300 million years old!

This discovery is, of course, a major problem for orthodox science.

According to conventional history, no humans existed on Earth 300 million years ago. The theory of evolution teaches that the first human-like beings appeared about 300,000 to 400,000 years ago. Humans and their ancestors have been walking the planet for about 6 million years. Homo sapiens, the modern form of humans evolved 300,000 years ago from Homo erectus.

The city's discovery buried beneath the coal mine is extraordinary, but who were the lost and forgotten inhabitants?

"Lying beside the fountain were portions of the skeleton of a human being.

The bones of the leg measured, the femur four and one-half feet, the tibia four feet and three inches, showing that when alive the figure was three times the size of an ordinary man, and possessed of wonderful muscular power and quickness. 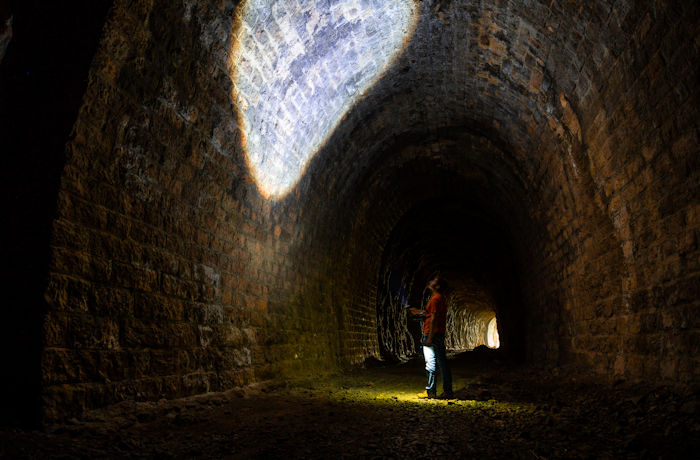 The head bones had separated in two places, the sagittal and the coronal suturis having been destroyed. The implements found embrace bronze and flint knives, stone and granite hammers, metallic saws of rude workmanship, but proved metal, and others of similar character, they are no so highly polished, nor so accurately made as those now finished by our best mechanics, but they show skill and evidence of an advanced civilization that is positively wonderful.

The New York Times article ends by writing that "a further extended search will be made in a day or two."

Unfortunately, there is no more information available on this fascinating discovery. Mr. Keating and Mr. Coates died within eight years of the discovery, in 1893 and 1892.

What happened to the giant bones? Was the ancient city of Missouri inhabited by beings much taller than the average man? Was the age of the ancient city misdated? Was the article based on a genuine discovery? Many questions remained unanswered, and one can only wonder whether the truth about Missouri's lost and forgotten city will ever emerge.

The story is almost stranger than fiction, but one can not help wondering if there really was an ancient underground city in Missouri that got erased from our history pages.