Ellen Lloyd - AncientPages.com -  When darkness falls and the days get colder, we gather around the fireplace to embrace the warmth. In the old days, when there were no radiators, the chimney was a treasure that helped survive cold winters.  Folklore stories tell the chimney was as appreciated as feared because it is also home to powerful spirits.

Today, many children are told Father Christmas comes through the chimney with their gifts, but kids in Ireland and Scotland are cautious because they have been told of the frightening Bodach who enters the house using the chimney. 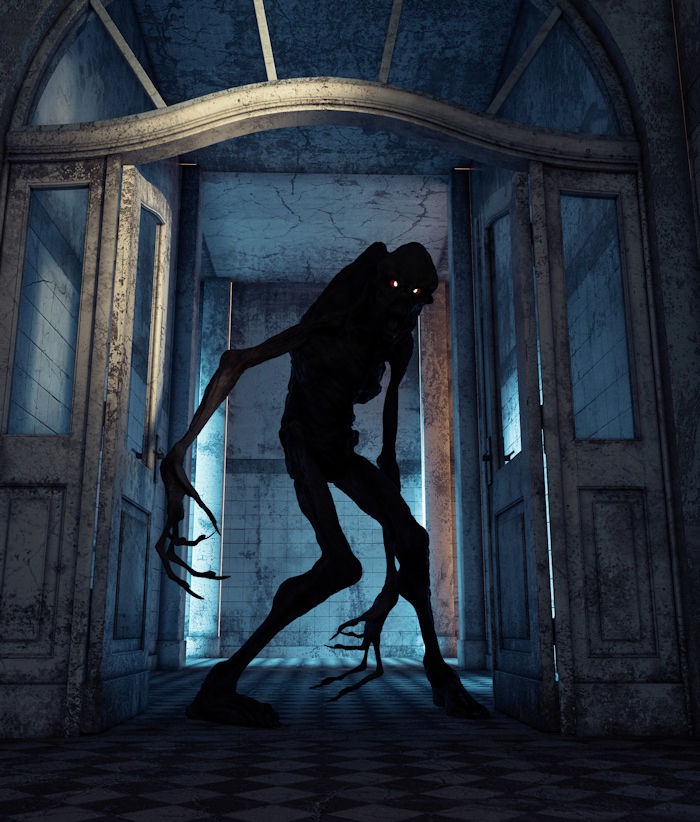 The evil Bodach does not need an invitation to visit your home. If he decides to come to your house, he will do so, and rest assured he is not paying a courtesy visit.

The Gaelic Bodach can be described in many ways. Some say he is a ghost or trickster, while others call him the Devil himself.

Stories of Bodach can be found in folklore and modern literature. Scottish folklore accounts say Boddach comes through the chimney to kidnap naughty children. In Eachtra Bhodaigh an Chóta Lachtna, an Irish account of the Fenian Cycle from the 16th or 17th century Bodach is identified with the Manannán mac Lir. This comparison is not so far-fetched because both Bodach and Manannán mac Lir were shapeshifters.

Irish mythology, Manannán mac Lir is the God of the sea, healing weather, and a master of shapeshifting. He was the one who gave the Tuatha de Danaan three incredible gifts. It is said Manannán had "many extraordinary magical powers. He owned a self-propelling boat named Scuabtuinne ("wave sweeper"), a sea-borne chariot drawn by the horse Enbarr ("water foam"), a powerful sword named Fragarach ("the answerer"), and a cloak of invisibility (féth fíada)." 1

In Scotland, stories of Bodach are often told to frighten children into good behavior. The Scottish Bodach is best described as a bogeyman.

As explained by Linda Raedisch in the book The Old Magic of Christmas: Yuletide Traditions for the Darkest Days of the Year, "if the dead could escape up the chimney, might not a few wayward spirits come tumbling down?

While the witch used the chimney mostly to depart and re-enter her own home, the Bodach, a Scottish version of the black-faced English bogeyman, liked to frequent other people's chimneys. 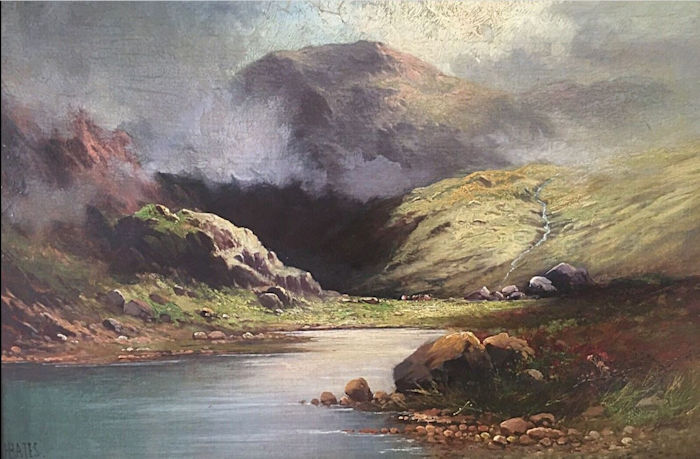 If he heard there were some particularly bad children up in the nursery, he might avail himself of the flues to get at them. There are few descriptions of the Bodach, since most of his victims were successfully scrobbled up the chimney and never heard from again, but he was supposed to resemble a little old man." 2

In the Scottish folktale Bodach An T-Sílein, the evil Bodach appears as a beggar and kidnaps a young girl carrying her off in a bag on his back. However, he is outsmarted by a woman and some animals who decide to teach him a lesson.

He leaves the bag at a house and asks a woman to look after it until he returns the next day. The woman agrees, and when the Bodach vanishes out of sight, she suddenly hears a scream from the bag.

"Let me out of the bag," the girl cried.

The woman let her out and, and they filled the bag with mice, rats, dogs, black salmon and seals. The beggar came.

"Where is the bag I left yesterday?"

He took it on his back and went away.

“Miaoo, miaoo” from the bag. He threw down the bag, opened it, and out leaped the dogs and animals. They went straight for the beggar and killed him," the Scottish folktale tells. 3