Ellen Lloyd – AncientPages.com - One of North America's strangest and most controversial archaeological sites is the Calico Early Man. site. It is located midway between Los Angeles and Las Vegas and, more precisely, just outside Barstow's town in San Bernardino County in the central Mojave Desert of southern California. 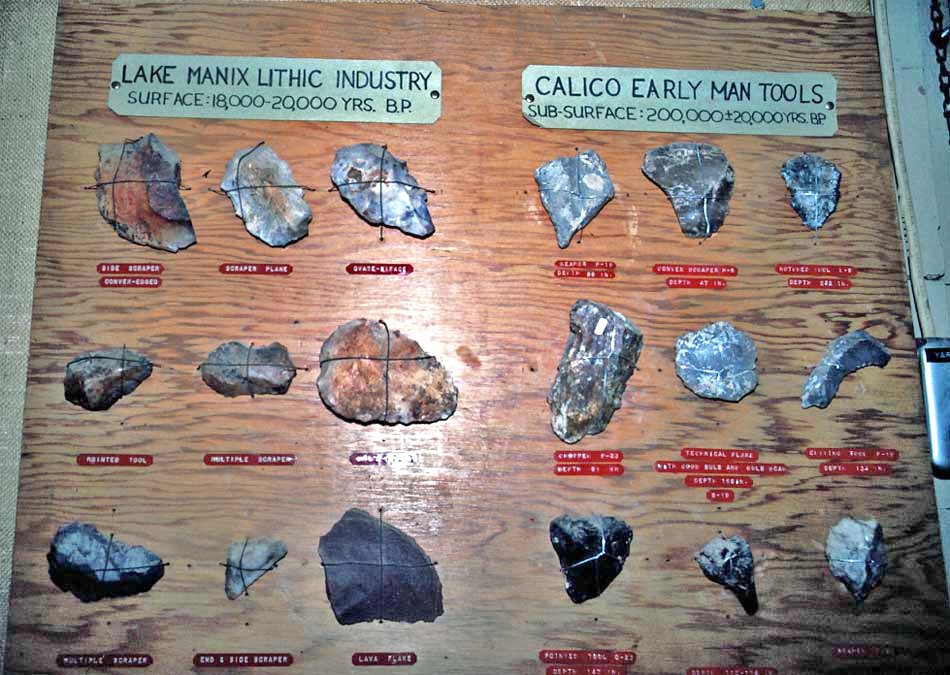 Some of the fragments, discovered at the Calico Early Man site. Image credit: www.barstowca.org

Is the Calico Early Man site one of North America's most overlooked ancient sites?

In 1942, amateur archaeologists discovered what they believed to be primitive stone tools in this area, but were the "tools" made by humans or through typical geological processes?

Are We Dealing With Stone Tools Made By Humans Or Geofacts?

Thousands of rocks that bear a strong resemblance to prehistoric tools were found at the site. The fragments were embedded in the sediments of the shoreline of an ancient Pleistocene Era lake called Lake Manix.

A stone from the Master Pit had been dated to over 200,000 BP (Before the Present). However, several scientists point out this date could have been the result of contamination from other elements in the soil, so currently, there is an effort to date verified lithics through thermoluminescence dating. 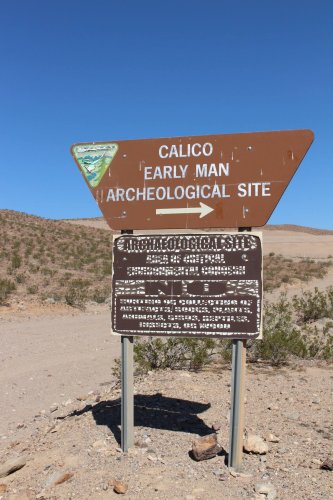 Dr. Louis S.B. Leakey (1903-1972), a Kenyan paleontologist and archaeologist, considered the Calico Early Man site to be of great archaeological importance and studied the area.

According to Dr. Leakey, thousands of artifacts found in this barren desert environment were eerily similar in appearance and manufacture to those he found in Africa. This striking similarity intrigued and mystified him.

Dr. Leakey was, in many ways, a remarkable scientist.  His first crucial African discovery (in 1948) was the skull of a Miocene hominoid, which he named  Proconsul africanus. Today, it is believed that this ape-like creature lived from approximately 23 to 14 million years ago and was likely a common ancestor of both humans and other primate species. Most of Dr. Leakey's significant discoveries were found in northern Tanzania at Olduvai Gorge. This area is affluent in fossils because of its unique geological history.

Dr. Leakey uncovered over 100 forms of extinct animal life at Olduvai Gorge. The debate over the proper interpretation of many Leakey finds continues today, but no one questions Louis Leakey's enormous contribution to human knowledge about the rise of our species.

Critics of Dr. Leakey have suggested his interest in the Calico Early Man site was not entirely genuine. These critics maintain that Dr. Leakey, coming to the end of his life and career, felt left out and forgotten as the archaeological world had moved on to discuss other finds and other scientists.

Astonishing discovery at a site like Calico Early Man could bring his name into the limelight. 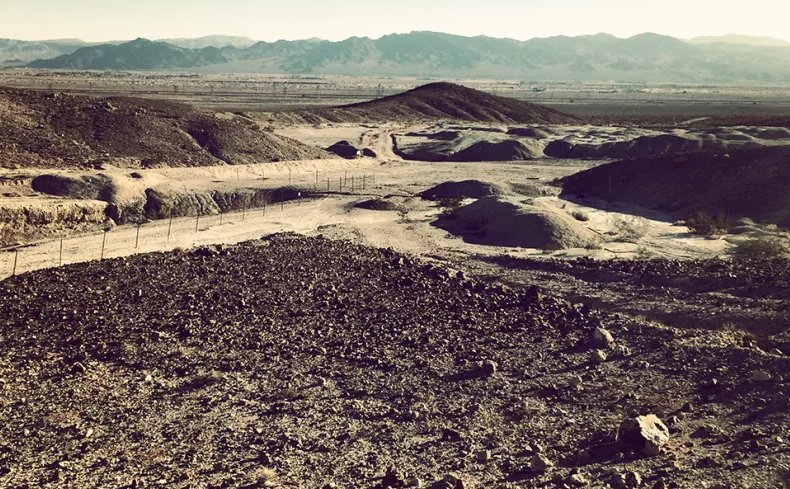 Did humans settle on the shores of the ancient Pleistocene lake more than 30,000 years ago? Credit: Public Domain

Whether it's true is uncertain, but Dr. Leakey was, without doubt, a very competent researcher, and he found the Calico Early Man site worth investigating.

For now, they examined previous findings, believing that some show enough evidence to rule them out as geofacts. However, these findings need to be published and undergo peer review before it can be determined whether the site shows clear evidence of prehistoric human habitation.

Because of the potentially ancient age of the artifacts, The Calico Early Man Site has always been highly controversial in archaeology.

If the artifacts are indeed prehistoric stone tools, then it means humans settled on the shores of the ancient Pleistocene lake more than 30,000 years ago.

It would also mean that the Calico Early Man Site is one of North America's most essential and overlooked historic sites.