A. Sutherland - AncientPages.com - In Brittany's fairy folklore, there is a frightening spirit Ankou ("death"). Ankou is the personification of death and a soul harvester. He is the Angel of Death and Death’s servant. 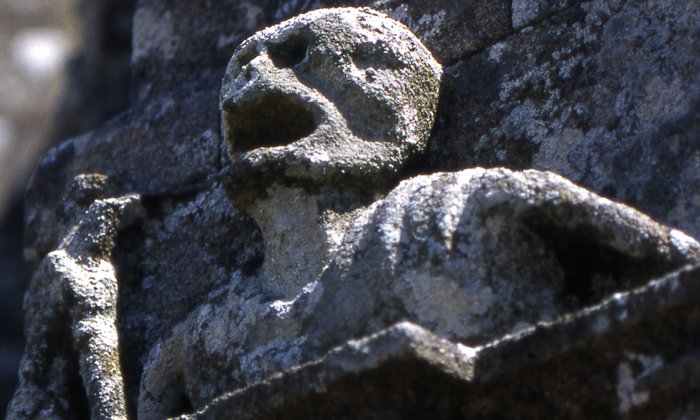 Ankou is portrayed as an exhausted skeletal figure with flowing white hair. His head is able to turn at a 360-degree angle, to symbolize his ability to see everywhere, everything. Ancient tales vary on the details of Ankou's identity.

One version of the tale says that Ankou is headless; yet another describes this mysterious figure with two skeleton assistants who help Ankou to collect the souls of the dead. His job, for the next year, is to guide the dead souls away from their bodies. Ankou, who never misses a day, travels the countryside by using only one particular path and he usually appears at dusk, with a scythe fitted upside down.

"In the Breton folklore tradition, Ankou (“reaper of the dead”) is the personification of Death; it is described as looking like a tall, thin, white-haired person carrying a scythe, wearing a felt hat, and dressed in either black clothing or a shroud. Sometimes, he is said to look like a skeleton. Ankou’s head can rotate three-hundred-sixty degrees; he drives a karrigell an Ankou (“carriage of Ankou”) pulled by skeletal horses and has a servant called 'mevel an Ankou'.

In some parts of Brittany, it is believed the last person who died in the previous year is the current year’s Ankou. Ankou is said to travel the countryside collecting the souls of the dead and dying, although there is some confusion over what he does with the souls once he has them. 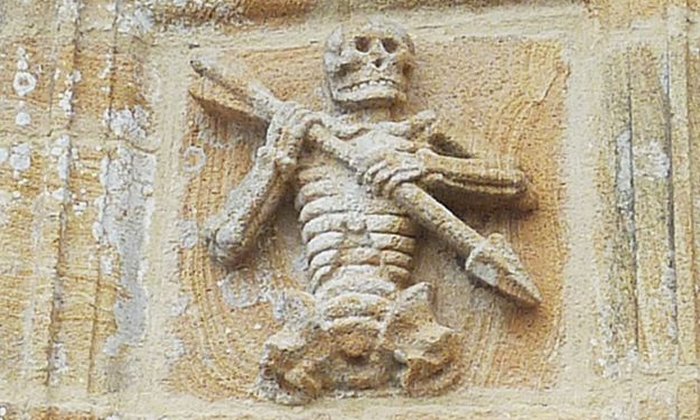 Ankou, depicted on a carving at the ossuary of the chapel of St Joseph at Ploudiry, Brittany; Image credit: Moreau.henri  - CC BY-SA 3.0

The tale about Ankou is very old, and especially in Breton literature, this ominous figure was present for a long time. The Celtic Britons, who had a strong sense of the nearness of death, did not fear it, because, in their beliefs, death represented the beginning of a better life, a miraculous journey to a place, where no fear, sorrow, pain, and loneliness could ever hurt them again.

However, they were always afraid of Ankou that means grief and oblivion and is forever doomed to fulfill his task of collecting the souls of the dead and cannot ever leave it.

The spirit Ankou is particularly active and powerful on November Eve (October 31). As the ancient people believed that Ankou was a personification of death and to see him was a clear sign of a person's death. 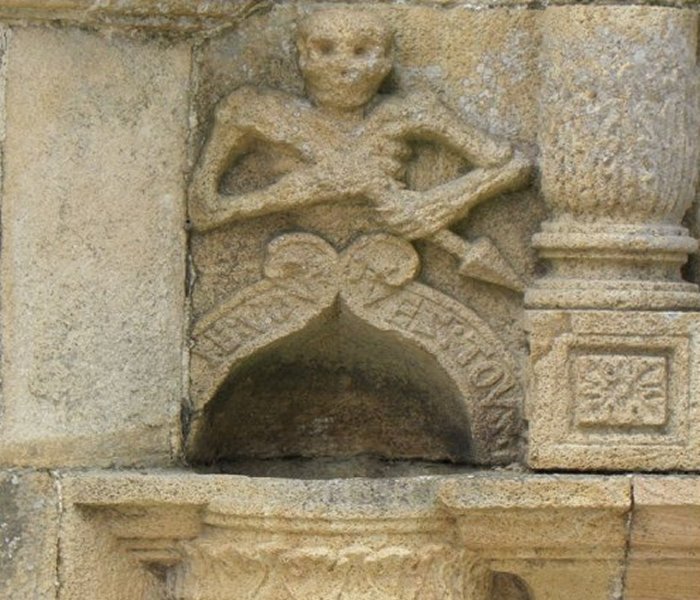 "Some folklorists suggest that the Ankou is a remnant of the prehistoric death goddess once worshiped in Britany, while others propose that Ankou derives from the Celtic god of death who was said to transport the dead to his kingdom. In addition, a Breton legend tells that the Ankou is the firstborn son of Adam and Eve. 2

Ankou is still present in the many funeral customs of the Breton people. These customs involve food because this spirit is particularly active on Earth during November Eve. Tradition has it, that during this time, "the living remember their dead, but they are also expected to remember and honor Ankou. It is important to keep Ankou well-fed by supplying him with milk, cider, and crepes.
To continue this old tradition, many Breton graveyards are constructed with small cup-like holes for putting food and drink in them.

An old Irish proverb says that "when Ankou comes, he will not go away empty..." In Brittany, each parish had its own Ankou, "King of the Dead" that used to pay a visit when the last man died each calendar year.