Jan Bartek - AncientPages.com - Studies of ancient Maya codices along with investigations of their glyphs and other important archaeological findings reveal the Maya developed a special relationship with bats. The ancient Maya did not fear bats.

On the contrary, everything discovered so far indicated bats played a significant role in Maya religion and political organizations. 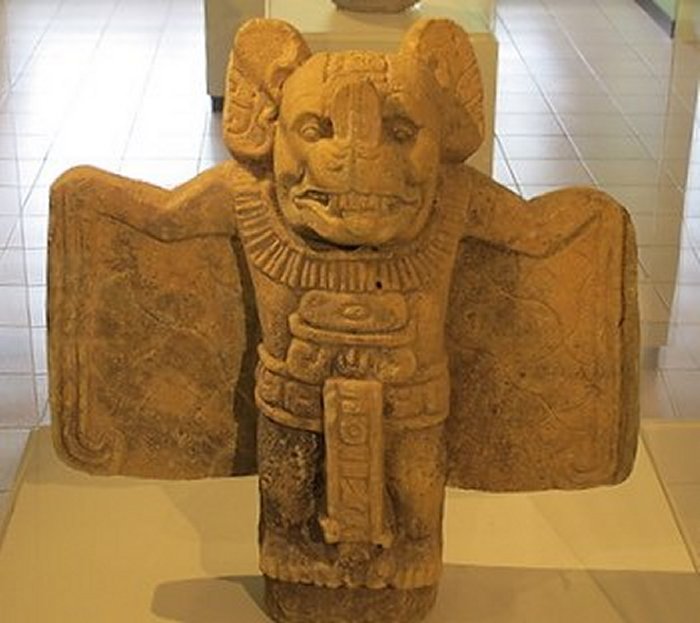 Among the people of this Mesoamerican civilization, three separate groups worshipped a bat deity. Two of these groups were so-called ancient Maya bat clans.

"Two species of bats native to the lowlands were of importance to the Maya: left-nosed bats of the family of Phyllostomatide and the vampire bat, Desmodus rufus." 1

Associated with night, death, and sacrifice, Camazotz was often depicted holding his victim and a knife. 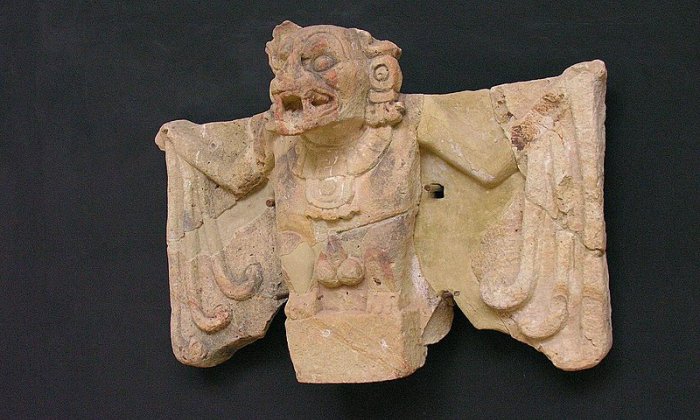 Camazotz is associated with the underworld, death, and sacrifice. The bat sculpture was found in the 1930’s, fallen from Structure 20 on the east edge of the Acropolis. Copan, Honduras. Credit: Dennis Jarvis - CC BY-SA 2.0

The Maya considered him a terrifying god who served death and ruled the domain of twilight. He lived in bloody grottoes and other dark places that people tried to avoid for fear of disturbing him.

In the beginning, bats in pre-Columbian cultures were not associated with evil. They were believed to be powerful creatures, spirits, and even gods. For example, in the Tajin pre-Columbian stone sculptures of Veracruz, vampire bats are depicted as gods and are also mentioned in epic myths and in the book of creation, "Popol Vuh".

In one story, Camazotz, a "death bat" takes the head of one of the twin heroes, who entered his underworld domain, and this head is later used in the ritual ball game." 2

"One division (clan?) of the Cakchiquel Maya of the highlands of Guatemala was called Zotzil, belonging to the bat, and its deity was a bat. Again, the Zotzil Maya lived, and still live, on the plateau of Chiapas. Formerly, they called themselves Zotzil uinic, batmen, claiming their ancestors found a stone bat which they took as their God. Their chief town was called Zinacantlan, a place of bats, by Nahuatl merchants from the valley of Mexico, a name which the modern town retains. Finally, the emblem glyph of the great site of Copan, Honduras, is a bat with the addition of certain secondary elements, and stone representations of bats decorated one important temple at that site. Moreover, a man in the guise of a bat is one of the twelve dignitaries, half of whom are in animal guises, carved on the side of Altar T, Copan, and clearly representing important gatherings.

Thus there were three widely separated Maya groups who worshipped a bat deity. In two cases the groups called themselves bat people, and archaeological evidence suggests that the third groups may also have done so. There is weak evidence for totemic clans among the Maya, but possibly these bat groups fit into such pattern." 1

"Monte Albán (in Spanish: White Mountain) was the first capital of the Zapotecs, the 'city of temples' - the second-largest ceremonial center in Mexico after Teotihuacan.

The site consists of a huge rectangular area, the Grand Plaza, enclosed by groups of pyramids and other buildings laid out in precise geometrical relationships. It gives the appearance of being a place of harmony. Its proportion emerges from a well-ordered and symmetrical plan." 3 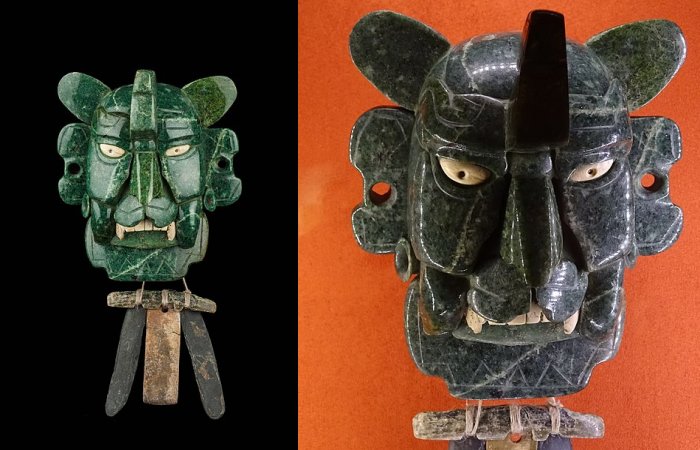 While excavating at Monte Albán, archaeologists discovered a curious ancient jade mask that most likely depicts the bat God of the Zapotec people.

Like the Maya, the "Zapotec of Oaxaca seems to have paid attention to a bat deity, for the main figure on many f their funerary urns is a bat deity, and small vases with the claws of bats are common. In one case a bat is seated on the top of a pyramid modeled in clay, ample evidence that the creature was a deity." 1

People in Mesoamerica held bats were held in high regard, which explains why even clans followed a particular deity, like bat clans we discussed in this article.