Ellen Lloyd - AncientPages.com - From once being one of the most wealthy and powerful Western Christian military orders, life changed dramatically for the Knights Templar in 1307.  Suddenly members of the Brotherhood realized they were accused of terrible crimes and must hide their possession and seek refuge in safe lands. 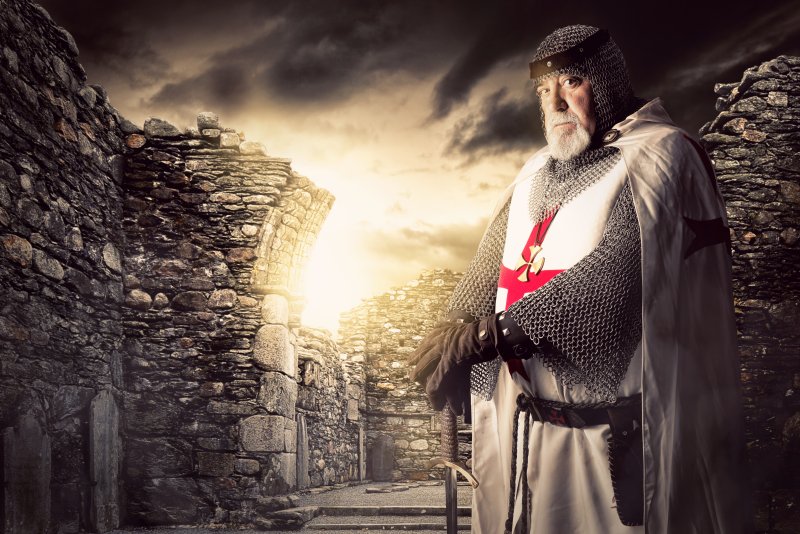 There are many historical books and movies about the Knights Templar, and yet, mystery surrounds almost every aspect of their story. Credit: Adobe Stock - Luis Louro

The Knights Templar started as poor monks, but soon their assets began to grow, and with time, the Order became wealthy and powerful.  Admired and feared, the knights fought in the name of the Christian Cross, eliminating infidels and heretics. In just 200 years, the Knights Templar successfully created the most important Christian organization in the world.

"Their success on the battlefield in the Holy Land earned them fame and glory. The Knights Templar became extraordinarily rich but being wealthy often attracts jealousy and resentment.

As their power and wealth grew, many kings and even the Pope himself were in debt to them. It was difficult to cancel the debt, and the Knights Templar became a problem.

At the beginning of the 14th century, the Knights Templar were accused of horrifying crimes, leading to their abrupt and dramatic suppression.

What many historians have tried to figure out is whether the knights were guilty of these crimes or simply framed by King Philip IV of France and Pope Clement V." 1

On November 22, 1307, a Papal Bull, the so-called "Pastoralis Praeeminentiae," was issued by Pope Clement V to all Christian monarchs.

Monarchs of Christendom were given orders to arrest the Knights Templar and sequester their lands in the name of the papacy.

It has long been assumed that the Knights Templar hid several valuable artifacts in secret places, and treasure hunters are still searching for these ancient objects. 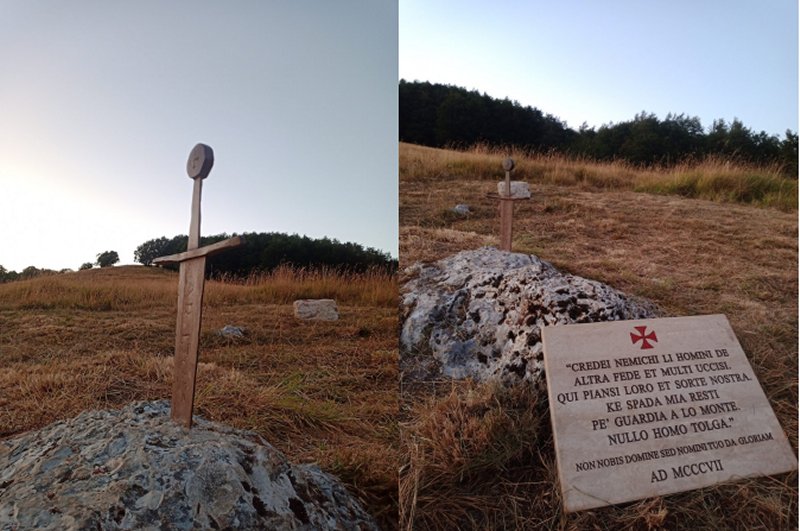 Nowadays, there are so many legends about the Knights Templar that it is challenging to say which stories are based on actual events. One such tale comes from the surrounding regions of Mount Terminillo, also known as "Rome's Mountain" in Italy. Locals in this ski resort have long maintained five Knights Templar trying to escape persecution left a sword in stone at this place. This legendary crusader sword was set in stone in an area called "Cinque Confini" (Five Borders).

According to an ancient legend, a man known as Guy de la Roche led a group of Knights Templar carrying the sword "to the border of the Kingdom of Sicily and the papal states, the region now known as Terminillo, on the night of December 21, 1307, the winter solstice. In embedding the sword in the stone, he dissolved the Order and freed them from their vows of the Brotherhood." 2

It is an exciting account, but once we research it further, we discover no Knights Templar named Guy de la Roche. Either locals mixed the name or referred to Guy II de la Roche, also known as Guyot or Guidotto (1280 – October 5, 1308), the Dule of Athens. 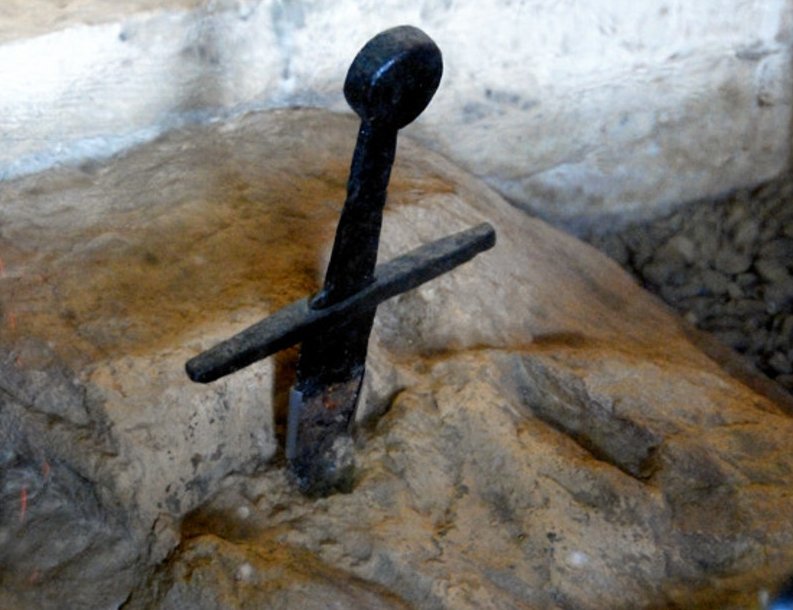 The Sword in the Rock inside Montesiepi Church. Image source - Read more

Guy II de la Roche was well-known for his chivalry, and it is possible he did come in contact with the persecuted Knights Templar, but this fascinating story cannot be confirmed. In any case, as the legend goes, the five knights went in separate directions seeking a hiding place in nearby villages. They never lost contact with each other and met at the same spot every Solstice Day, where their Brotherhood had been dissolved.

Terminillo's sword in the stone has long been a popular tourist attraction. Though no one knew whether the sword was real or a replica, curious people came to see this unusual place. There was a date inscription on the sword. The date was 1307, and the inscription read: INIO (In Nomine Iesu Omnipotentis), which means "In the name of Jesus, amen."

For unknown reasons, Terminillo's sword vanished in August 2020, and it is unclear what happened to it. The fact parts of the blade remain in the stone suggests someone may have stolen it for unknown reasons.

Stories of the Sword in the Stone always bring to mind the legend of King Arthur, but not everyone knows there is a real sword embedded in stone in Italy. Surrounded by a legend, this mysterious sword can be found at the Abbey of San Galgano in Val de Merse, just 35 km south of Siena, Italy.

How the one-meter-long sword ended up in solid rock remains a mystery. Many think it was a miracle, and those who preferred a more scientific explanation tried to study it but could not shed more light on how the sword ended up in the stone.