A. Sutherland - AncientPages.com - One of the most representative historical and archaeological places of Colombia is Tierradentro, known as the National Archaeological Park located in the municipality of Inzá, Department of Cauca, Colombia. 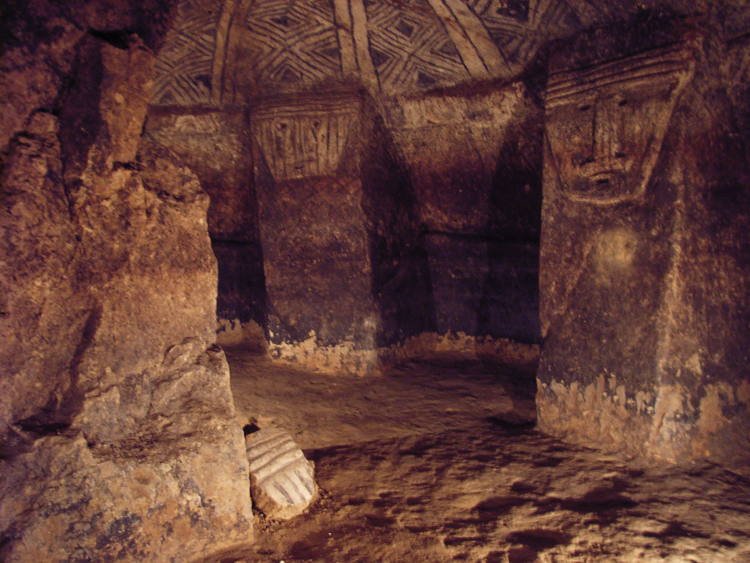 The stone statues of the Tierradentro region are of great importance. They are carved from the stone of volcanic origin and represent standing human figures, with their upper limbs placed on their chests. image source

The area of Tierradentro holds the largest concentration of pre-Columbian monumental shaft tombs with side chambers - known as hypogea ("under the earth"), carved in the volcanic tuff below hilltops and mountain ridges.

These ancient hypogea are large and elaborate subterranean funerary chambers, very similar to those that existed in ancient Egypt.

The most elaborate structures along with stone sculptures of various deities, some measuring up to 12 m wide and 7 m deep, were made from 600 to 900 AD. The hypogea were opened by their builders in the rock, like wells through which one descends by complicated spiral staircases.

The typical hypogeum with oval plan chambers, the convex roof supported by two or three large columns and, additionally with three, five, or seven niches around. 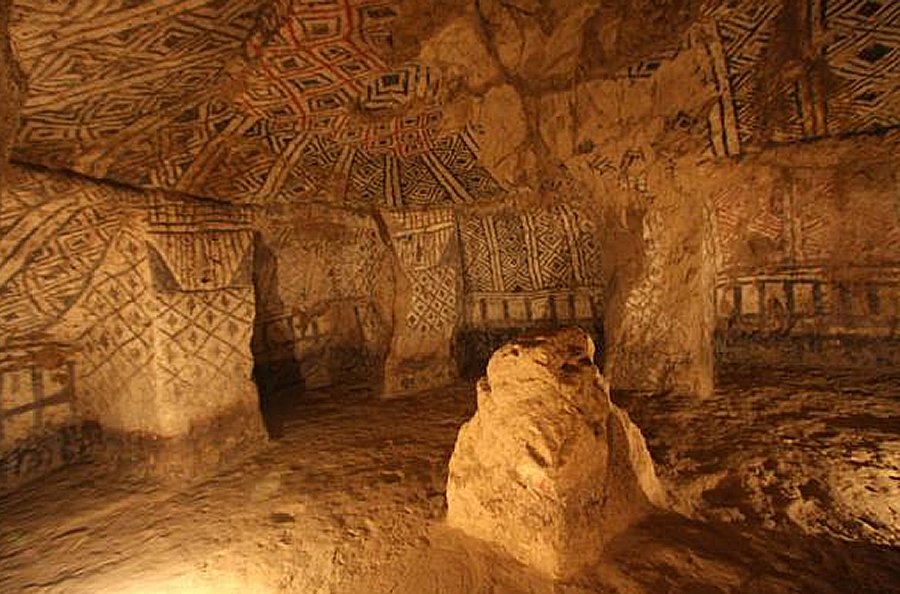 The smaller hypogea vary from 2.5 m to 7 m in depth, with oval floors 2.5-3 m wide, while the chambers of the largest examples maybe 10-12 m wide. image source

The hypogeum has an entry oriented towards the west, a spiral staircase, and the main chamber (wide and deep), usually 5 to 8 meters below the surface, with doors of varied shape, and access staircase, and with several lesser chambers around, each one containing a corpse.

The interior of Tierradentro has beautiful paintings in red, white, and black mineral pigments that cover walls, columns, and vaulted ceilings. These surfaces are covered with geometric, anthropomorphic, and zoomorphic. Decorations include carved figures of mysterious beings, carved on the pilasters (rectangular columns projecting from a wall) that separate the niches.

The pre-Columbian culture that created this funeral complex inhabited this area during the first millennium AD. 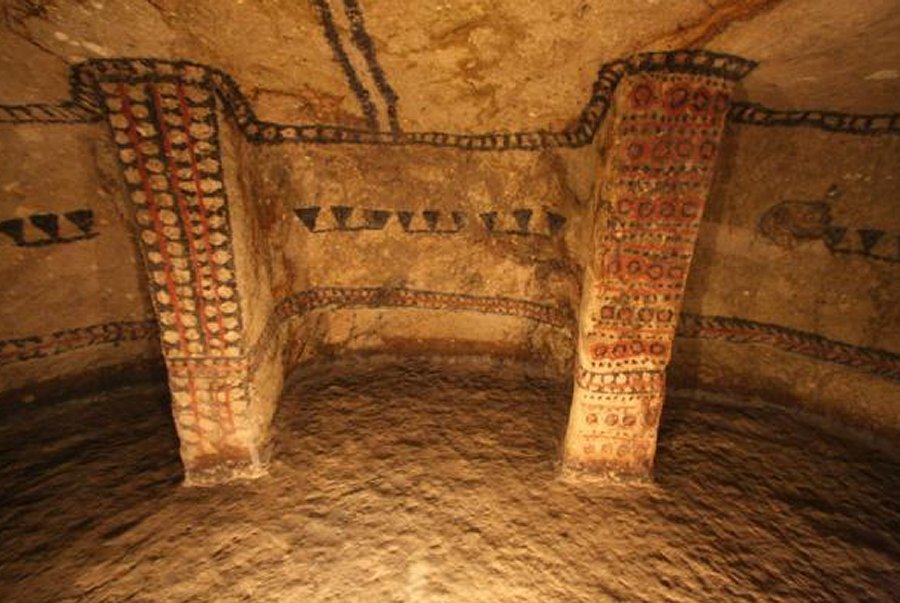 Tierradentro - an underground burial chamber hacked out in the volcanic rock, with colorful geometrical figures painted on the walls and the columns. image source

As we know, there are underground tombs with side chambers that have been found over the whole of America, from Mexico to north-western Argentina, but their largest concentration is in Colombia.

Tierradentro, however, is not only about the concentration of the tombs, but first of all their features like a vertical shaft, spiral stairs, entrance hall, and side chamber with central and surrounding columns on a large oval floor-plan, along with anthropomorphic representations and polychrome paintings – make this Colombian funerary place so unique. 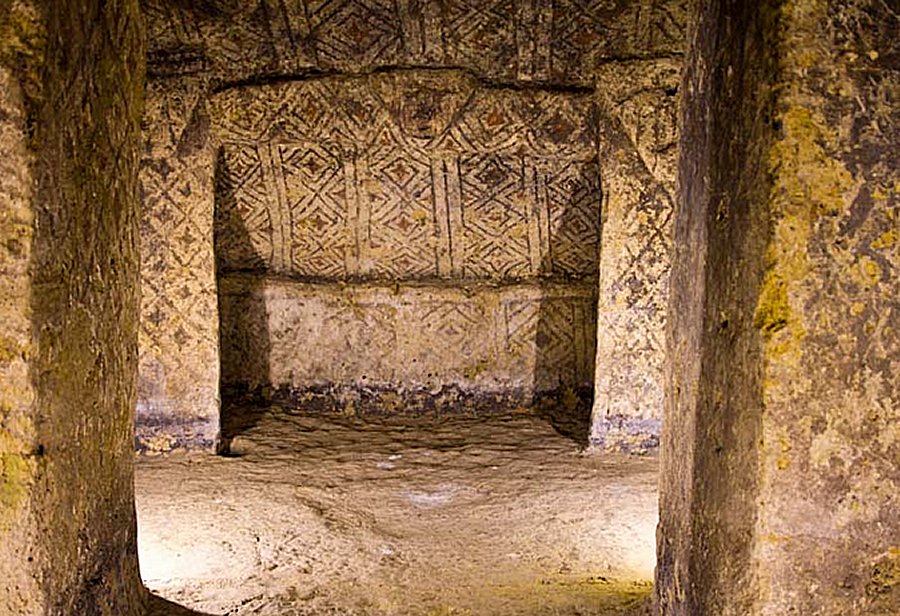 The main attributes of Tierradentro hypogea are the architectural features of the tombs, including the stairs and chambers, and the internal decoration including carvings and mural paintings. source

Their uniqueness of the site lies in its large size and the staircases which in some cases gives access to a hall.

For now, it has not yet been possible to clarify whether the craftsmen who carved the statues lived in the same town as those who produced the Tierradentro hypogeum.