A. Sutherland  - AncientPages.com - Many secrets of the ancient Etruscans, who represent one of the most enigmatic civilizations in Europe, are still to be discovered.

Etruscan cemeteries contain different burial practices dated from the 9th to the 1st century BC and bear witness to the achievements of Etruscan culture, which, over nine centuries, developed the earliest urban civilization in the northern Mediterranean. 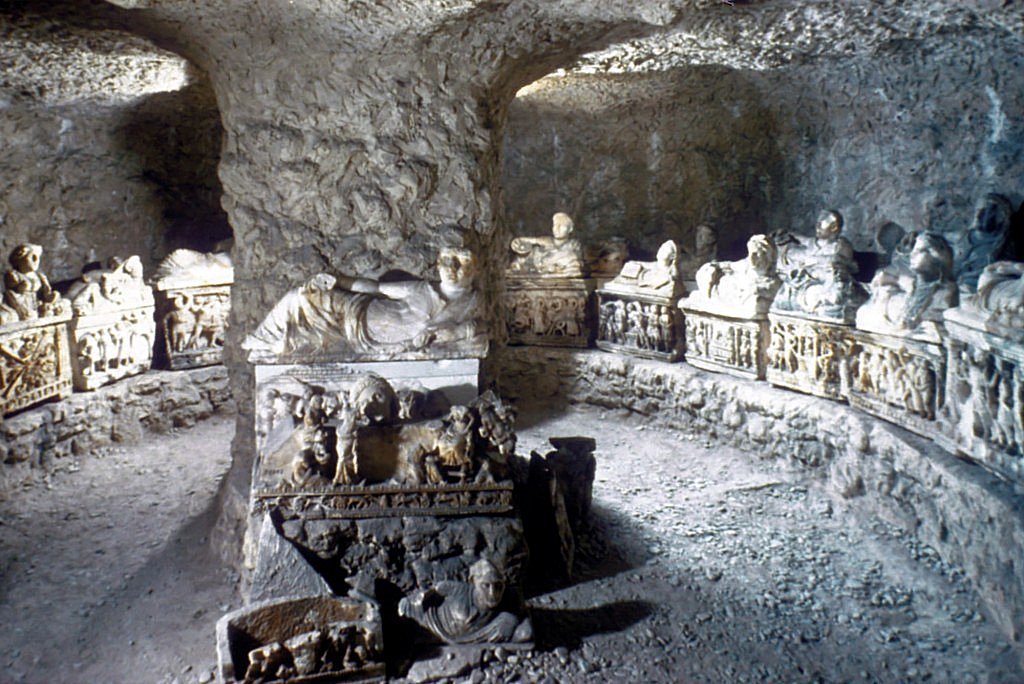 Some of the tombs are monumental, cut in the rock, and decorated by impressive tumuli (burial mounds) and carvings. In contrast, others have wall paintings that successfully survived until now. However, many Etruscan tombs have been looted over the centuries.

Among those still preserved is the Inghirami Tomb, which belonged to the Atia family and is one of the most impressive tombs from the Etruscans' Ulimeto necropolis.

It contained fifty-three urns dating from the first half of the second to the middle of the first century.

The 'Inghirami Tomb' is considered one of the best-known late Etruscan tomb complexes. Two Inghirami brothers discovered it and visited the Ulimeto necropolis outside Volterra, Italy, in 1861.

A ring of defensive walls surrounds Volterra, an ancient fortress city with Etruscan roots, built by the Medici family in 1474 on the remains of older fortresses. The construction appeared two years after the city of  Florence had conquered Volterra after a brutal war over the control of the alum mines.

Closed within mighty old walls and situated on a hill 545 meters above sea level, Volterra is far from the sea and the urban settlements. Over the centuries, it was the city's most favorable strategic position. However, the massive fortress  ("Fortezza dei Medici") was not built to protect the area but rather to subjugate the whole community and discourage any rebellion. 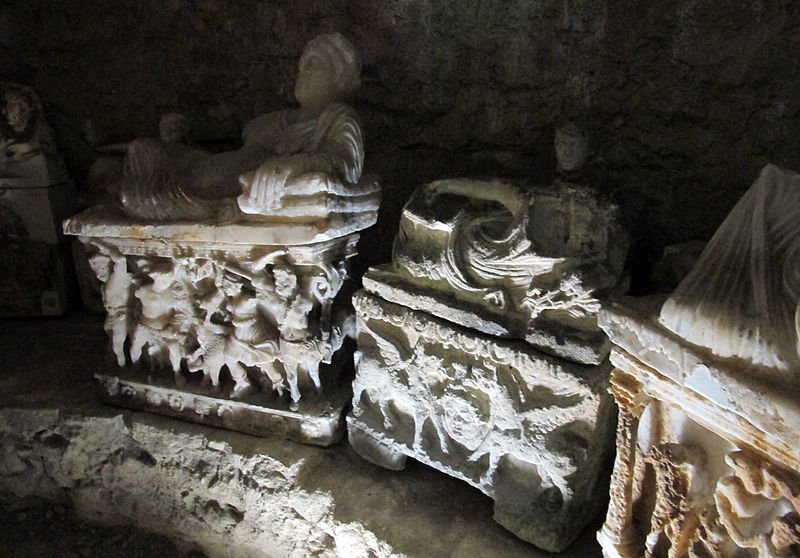 However, although the city was closed within its walls, it was repeatedly captured but managed to maintain some independence until the Romans finally conquered it.

Thanks to rich history and culture, Volterra could preserve several monuments, including the 'Inghirami Tomb.' The two young brothers accidentally found the structure outside Volterra's wall circle, where they went to spend their holiday.

Beneath a grassy mound, the boys discovered a subterranean structure - a tomb constructed of a circular chamber roughly hewn in the bedrock, without any decorations, and enclosed by a false dome supported by a central pillar. An entrance passage leads to the room, cut into the tufa rock.

Inside the tomb's chamber are fifty-three spectacular, beautiful cinerary alabaster urns and round central pillars supporting the ceiling, all made from local alabaster stone. The tomb chamber was filled with sixty chests from five-six generations, placed in two rows on the bench and front of the central pillar.

The urns were traditionally used for holding a person's ashes after cremation. This funeral tradition was popular among both classical and prehistoric cultures. The structure represents a characteristic Volterran tomb dated to the 4th-1st century BC. Relief decorations and the reclining lid figures representing the deceased create an illusion of a banquet hall. However, these sculptural decorations were not intended to be public manifestations.

The Inghirami Tomb gives us a rare opportunity to admire something from the distant past because there are not many valuable places to see. Almost all the Etruscan tombs were looted in antiquity a long time ago.

The Etruscan urns lack Latin inscriptions typically found on the ones dated to Roman times. Today, the jars that belonged to an Etruscan Volterranian family Ati (Atia) are stored in Florence, Italy. ¨

After the reconstruction, the tomb is now in the garden of the National Archaeological Museum of Florence.

Banti, Etruscan Cities and Their Culture