A. Sutherland  - AncientPages.com - In Greek mythology, Ares was the God of war and violence but was not nearly as prominent in ancient Greece as his counterpart Mars became in ancient Rome.

He was also the spirit of battle, who never developed moral functions to stand as a good example. 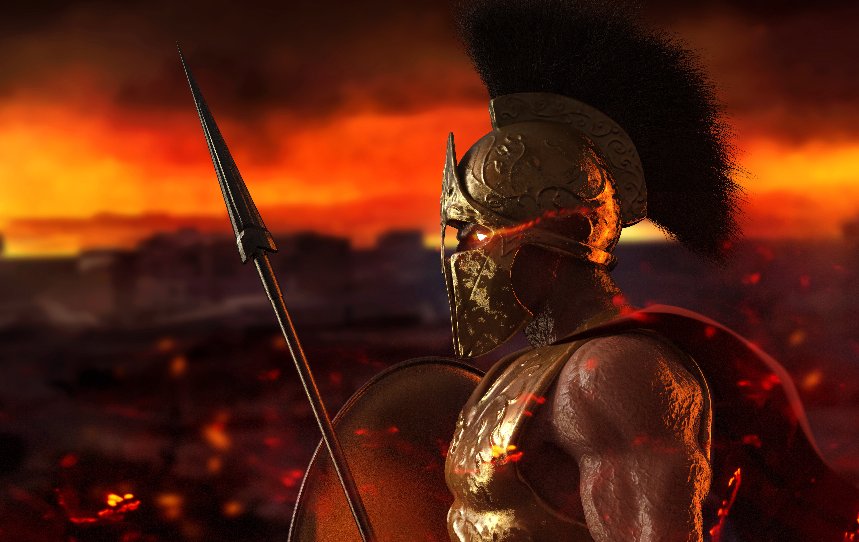 Ares loved war for its own sake; he symbolized tumult and chaos and was delighted to see the slaughter of men and the destruction of towns. He was not influenced by fighting but sometimes assisted the one and sometimes the other in the battle. The name of Ares alone was a source of horror to the Greeks, though there was nothing hideous or disgusting in the appearance of the God who bore it. Ares stood for the war's wild and cruel nature and enjoyed the battle's tumult and bloodshed.

On the other hand, as the son of Zeus and Hera, the violent sides of Ares can be reflected in his parents' stormy relationship.

Ares was a beautiful and handsome god who never developed any moral functions, was impossible to restrain, and almost certainly was no good example to follow. Unlike his Roman counterpart, Mars, his worship was not extensive.

And there are two known temples dedicated to him. One was located in Metropolis, a part of the Hellenistic kingdom of Pergamum, and during this period, the city flourished, reaching a zenith of cultural and economic life. Ares' worship was mainly focused on the northern areas of Greece. Being mighty warriors, the Spartans also held him in high regard.

In Iliad 5.846-909, we read that "war god Ares returns to Mount Olympus after being severely wounded on the Trojan battlefield by the Greek hero Diomedes, whose spear was guided by the warrior goddess Athena. Upon his arrival, Ares is greeted with harsh words from his very own father, Zeus, the king of the gods:

"To me, you are the most hateful of all the gods who hold Olympus. Forever quarreling is dear to your heart, wars, and battles." 1

But this is the very meaning of the name Ares - the "Destroyer," isn't it?

Athena was the goddess of strategy instead of Ares's power, chaos, and destruction, who was not one of the most popular divinities of the Greek Pantheon. The Greeks, unlike the Romans, were not warlike people, and Ares was not one of their favorite and trusted gods. 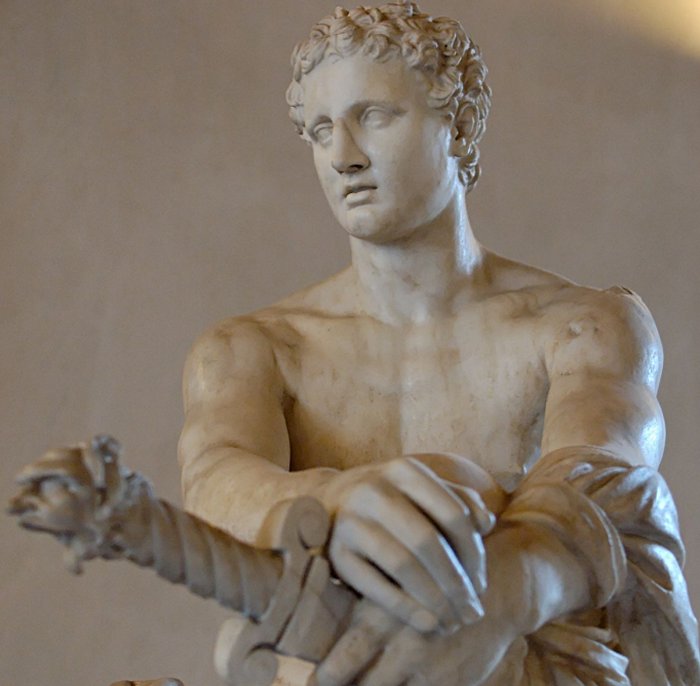 Ares' origin was controversial, and his birthplace was considered Thrace, a country with a harsh climate and very warlike people (according to Homer). As he was never a popular Olympian divinity, his depictions are not very common in Greek art. Also, the myths and legends describing Ares are not particularly extensive regarding his person. Despite being hated and least respected by the Greek gods in the Pantheon, Ares could keep good relationships with women, who made him famous as he never used tricks and force toward them.

However, more positive features of his character have never been found in his personality.

Aphrodite And Ares As Secret Rival Of Hephaestus

On Olympus, Ares became the secret rival of the skilled Hephaestus, the lover of his legitimate wife, Aphrodite.

This love affair delivered 'some' embarrassment. When God was making love to the goddess, he was observed by Helios ("Sun") in Greek religion, who drove a chariot daily from east to west across the sky.

Helios reported the event to Aphrodite's husband, Hephaestus, who prepared a unique, fragile but strong net, which he fixed on the lovers' bed,  and then went on a journey to return at an unexpected moment for the lovers. He found them entangled in the net.

Hephaestus called all the gods, not just the goddesses. The situation between the lovers became embarrassing. As a result, Ares was to compensate Hephaestus for the insult he had suffered. On the other hand, Ares fled to Thrace after this affair, while Aphrodite traveled to Cyprus. Both of them did not appear among the gods for some time.

From the union of Ares with Aphrodite came into the world sons, Eros and Anteros, Phobos (God of phobias and fear), Deimos (God of terror), Harmonia (goddess of harmony), and Adrestia (goddess of revolt). Consequently, his frequent love affairs with mortal women fathered violent, disorderly sons and even skilled female warriors, Amazons.

The daughter of Ares was also Alkippe, later violated by Poseidon's son, Halirrhothius. Ares killed him, and for this killing, he stood before the tribunal of the twelve Olympic gods on the Athens hill (the Areopagus) that later became the site of Athens's future criminal trials. In this trial, Ares was acquitted by the court because his violent action against Halirrhothius was justified.

In Greek literature, he symbolizes violence, brutality, destruction, and man-slaughtering, which undeniably contradicts her sister, Athena, a great goddess of wisdom, warfare, and intelligence who has aided the heroes like Perseus, Heracles, Bellerophon, and Jason.

The goddess Athena hated Ares. One day, she skillfully turned the spear of the Achaean hero Diomedes against Ares. The weapon found an unarmored spot and pierced Ares ' stomach. With a wild howl, Ares left the battlefield and flew to Olympus with a complaint about Athena.

Zeus did not even want to listen to Ares' explanation of Ares, saying that he was punished fairly and deserved to be not on Olympus but in Tartarus.