A. Sutherland  - AncientPages.com - Silla was one of the three kingdoms of Korea and the most successful one. In the 7th century, Silla conquered the other kingdoms: Baekje in 660 and Goguryeo in 668. 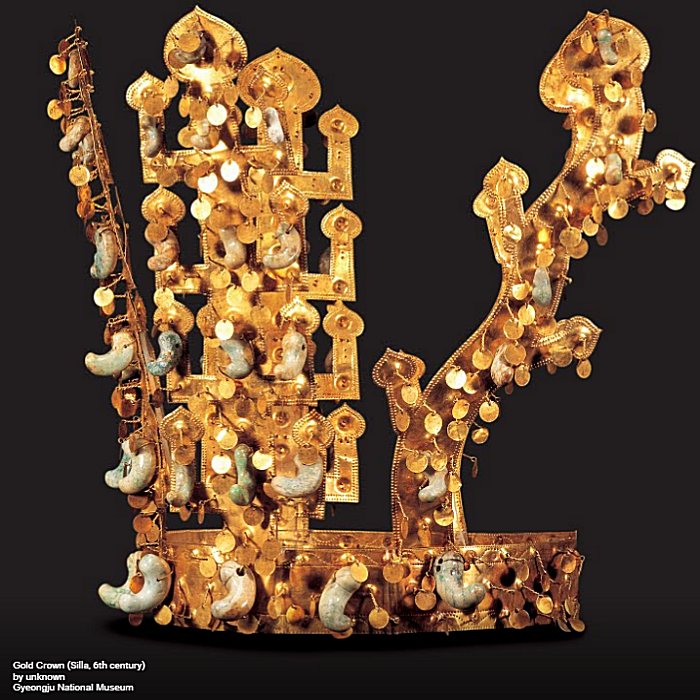 After the conquest, this important period in the country's history that lasted from 668 to 935 is sometimes called by historians - the United Silla.

Time Before The United Silla Emerged

It was not until 57BC that the first Korean state was formed. From at least the 8th century BC, the Koreans had come under the cultural influence of their powerful neighbor, China. Rice cultivation, bronze tools, and weapons, both borrowed from the Chinese, pushed the Koreans toward urbanization and a state's formation. By the 4th century BC, small states had emerged throughout the Korean peninsula, each based on a walled town. Wars and alliances between the cities led to the development of loose confederations under the dominant cities' rulers. The Chinese considered these confederations as a threat, and from 109-106 BC, the Han dynasty that was very powerful conquered most of northern and central Korea.

However, there were still some unconquered parts of Korea. Three kingdoms Goguryeo, Baekje (Paeche), and Silla, led by the three most powerful families, began to develop in the first century BC.

Legend Says That A Son Of Heaven Founded Silla

It is believed that Silla was founded in 57 BC by Pak Hyokkose, the first ruler of this kingdom. According to legend, Hyokkose was a Son of Heaven who hatched from a red egg delivered to earth by a flying horse. When he was 13 years old, six main clans of the Chin Han confederation put him on the throne. 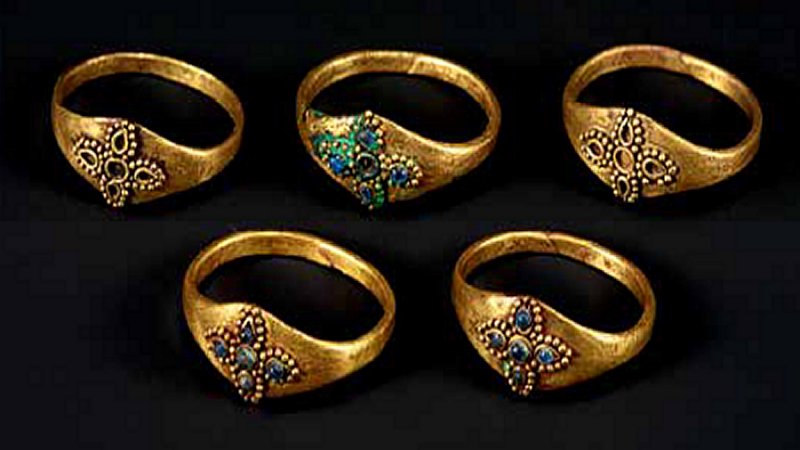 The people prayed for an equally remarkable wife for Hyokkose, and a beautiful baby girl was delivered from under the rib of the hen dragon.

The people were amazed to see that the girl had a beak like a bird, but this fell off when she had her first bath. After reigning for sixty-one years, Hyokkose ascended to heaven, and after seven days, his bodily remains fell to earth.

They are buried in a tumulus on the grounds of a legendary monastery. The reigns of most of Silla's early kings are similarly shrouded in legend.

Silla began to establish itself as an ancient state in the mid-4th century through its rulers, which were titled Maripgan and had their central city - Gyeongju.

The first historical king was Naemul of Silla, who reigned from 356 to 402 AD, established a hereditary monarchy, and took the royal title of Maripgan. The duration of the Maripgan reigns, called the Maripgan period, was from 356 to 514. According to sources, not all could use the Maripgan title that was only used as the unification of the city-states under one sovereign ruler was completed in the mid-fourth century. The Maripgan also served as the primary commander within the Silla's territory and that of nearby states. However, the Maripgan's power was not unlimited. There were still the lords of smaller states with much influence and the Silla Kingdom's nobles who still had much to say.

Until the 2nd century, Silla existed as a separate confederation in the southeastern part of Korea, and only King Naemul (356-402) established it as a hereditary monarchy.

King Jinheung (540-576), one of the greatest kings of Silla, was responsible for expanding Silla territory vastly. Silla began to grow but remained in long-lasting conflict with its two neighboring rivals, Baekje (Paekche) and Goguryeo (Koguryo) kingdoms. In 660, Silla conquered Baekje, and in 668, the kingdom successfully captured Goguryeo. 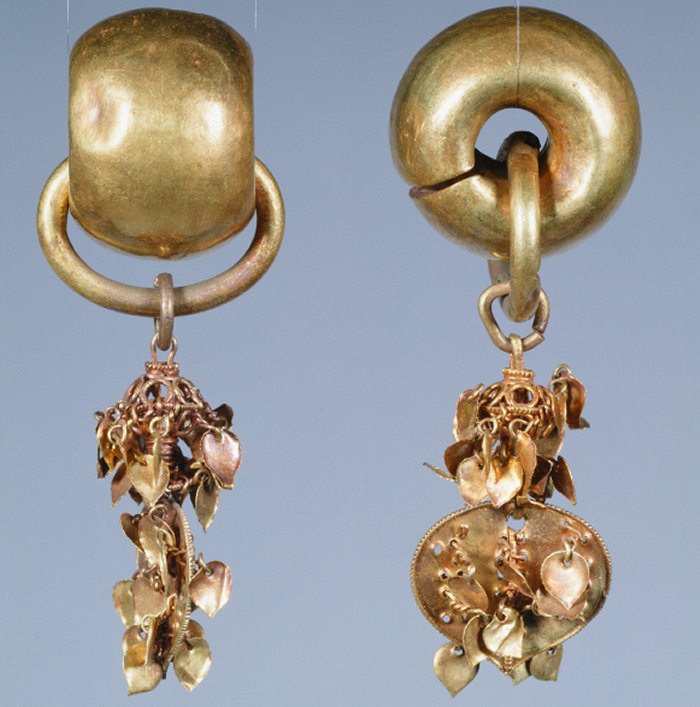 The 7th-century alliance with the Tang Dynasty of China contributed much that Silla eventually was able to conquer the Korean peninsula in 668 CE. Finally, it was possible to establish the Unified Silla Kingdom that ruled for the next three centuries.

Spreading Of Buddhism And Exports Of Goods From Silla

Buddhism was supported by the state and spread rapidly in Silla. Many temples were built, and wooden pagodas were replaced with stone structures. Also, the army of the kingdom developed significantly.

Clothing And Food Of Silla Kings And Queens

The life of the Silla royals is known from excavations that delivered various priceless findings. The Maripgan kings and queens lived in a royal palace of a large size. Within this complex structure, there were offices, storerooms, bedrooms, stables, and numerous servants. 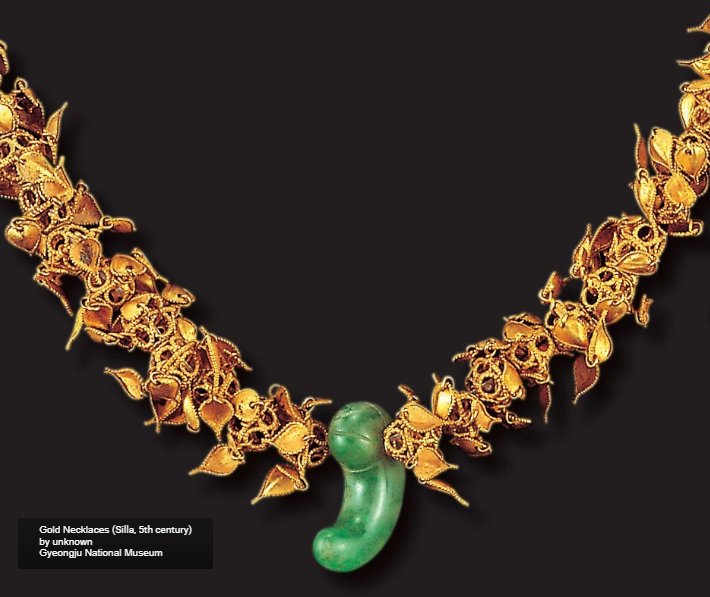 Gold necklaces found in large mounds are believed to have belonged to members of the royal family. source

The royal clothes included the most delicate silk dresses "with gold decorations and a crown and belt made of pure gold. The Maripgan kings and queens also wore earrings on their pierced ears, rings on every finger, and several bracelets, all made of gold. In addition to necklaces of gold, the kings and queens wore beads, gold bars, and jade ones. They had swords decorated with gold and ceremonial armor, some made of silver.  The royal meals included fish, turtle, chicken, duck, pheasant, cow, horse, and sea lion. Food in bronze vessels was scooped out with a silver spoon to be served on gold and silver dishes.

Drinks were served in exotic glass bottles and cups imported from the West via the Silk Road. Various items, such as jars containing grains and cooking ingredients, bundles of metal currency tied in tens, multiple weapons, and pottery, were kept in large storerooms. The horses were managed in a stable with horse trappings made especially for various ceremonies.

Upon the death of a Maripgan king, he was buried with all the above luxury items and five living servants in a tomb that approximated the royal palace to assure continued prosperity in the afterlife.

Gold Tradition In Silla – When Did It Start?

The crowns of Silla's rulers, often in the shape of deer antlers or trees reaching toward heaven, reflected shaman beliefs. The most impressive among them all were Silla's elaborate gold crowns and jewelry. 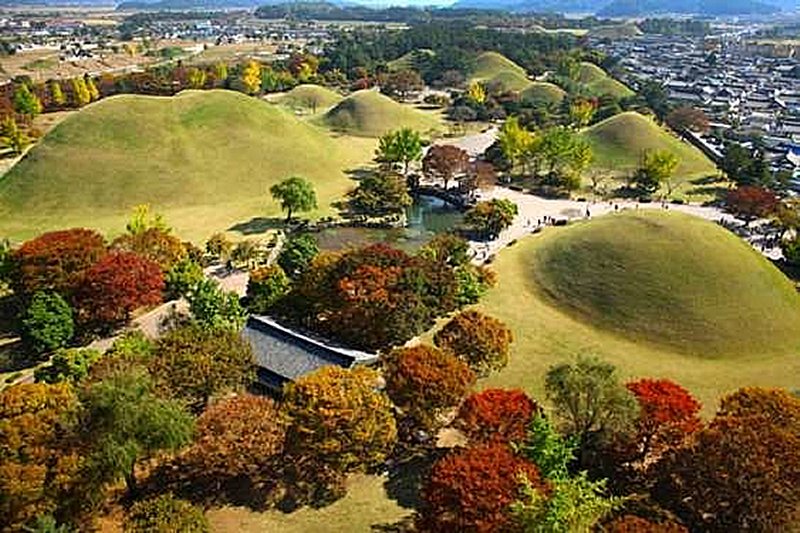 Gold could spread to Silla from Goguryeo (Koguryo) people who were the first to acquire gold from the inhabitants of eastern Eurasian steppes in Mongolia, Inner Mongolia, and Northeastern China). Goguryeo was known to have produced and used gold ornaments from about the first century. The tradition of gold and silver ornaments most likely originated with the nomadic tribes of North Asia neighboring Siberia.

Silla's and Goguryeo (Koguryo) artifacts like belt buckles, earrings, caps, shoes, long pendants, pieces of jade,  and plaques made from precious metal) are similar. Therefore, researchers believe that Goguryeo introduced the adornments into the southern Korean land as early as 300 CE.

Gyeongju city of the Maripgan-ruled Silla is today is Korea's valuable cultural treasure, known for its Tumulus Park (Daereungwon), which contains several massive royal burial mounds that functioned as tombs of the kings, queens, and aristocrats.

Many tombs and other remnants of the kingdom period can be found in and around Gyeongju.

There are as many as 23 tombs in the park but only one - 'Heavenly Horse Tomb - named after a painting depicting a galloping horse and dated to the 5th century - is open to the public.

The Maripgan rulers and their clans showed off their status by wearing a gold crown and numerous ornaments made of fabulously crafted gold, silver, and gilt bronze.  However, gold was a symbol of supreme power, and the gold crowns are considered the emblem of Silla culture. Such crowns were uncovered in the tumuli of Gyeongju.

Some of the crowns were made of pure gold and reserved for kings. Princes or lesser kings probably used other ones made from gilt-bronze or gold-plated bronze.

One of Silla's Golden Age's legacies is the Cheomseongdae ("star-gazing tower,") observatory that became a symbol of early astronomy. Located in Gyeongju, South Korea, it is the oldest astronomical observatory in East Asia. Southern Observatory of the European astronomers located in Chile is named – Silla.