A. Sutherland - AncientPages.com - The Arimaspians were a tribe of horsemen of normal human size but with only one eye, located in the middle of their forehead. Based on ancient records, they inhabited a land, at the foot of the Riphean  (Rhipaion) Mountains, a mountain range located somewhere in the far north of Eurasia.

Greek records, for example, mention the Inner Asian Arimaspians and refer to them as one-eyed beings in the Inner Asian tradition, found in the works of geographers from India and China, who wrote about the nomadic peoples of the steppe regions. 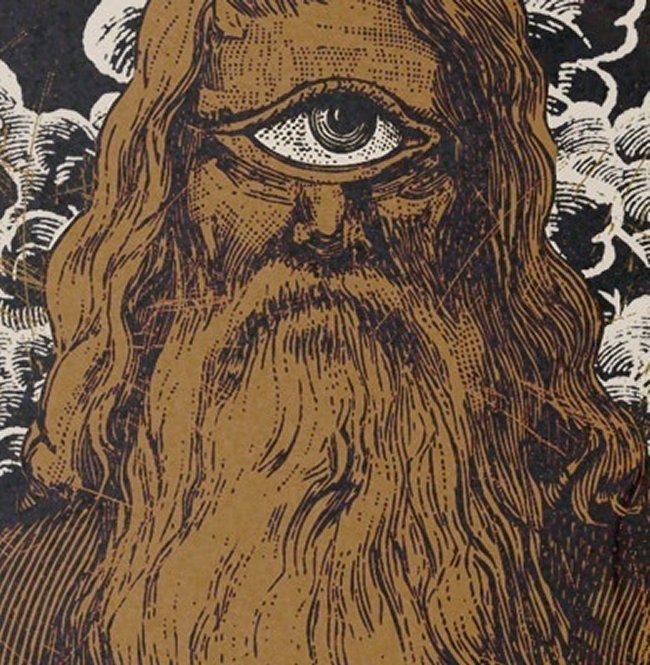 Arimaspians were a tribe of one-eyed men who lived at the foot of the Rhipaion Mountains (probably the Carpathians) in northern Scythia. image source

These people were involved in a long-lasting and practically never-ending struggle against griffins, legendary powerful creatures both feared and respected guardians of gold and treasures.

Herodotus gave information about Arimaspians from the Argipeans who inhabited the mountainous areas on the border between the Scythians and the Issedones.

However, Herodotus is not the first source of information about the mysterious Arimaspians.

In "The Discovery of America" Vol. 1 (of 2) by John Fiske, we read that "the first mention of these mythical people seems to have been made by Greek travelers in Scythia as early as the seventh century before Christ; and they furnished Aristeas of Proconnesus, somewhat later, with the theme of his poem "Arimaspeia," which has perished, all except six verses... quoted by Longinus. Thence the notion of the Arimaspians seems to have passed to Herodotus (iii. 116; iv. 27).

It is in the third book of the Histories (116) that Herodotus makes his first mention of the Arimaspians — a race of beings deeply connected to tales of the abundance of gold in the “northern” parts of “Europe,” although he does not seem convinced of the existence of these mythical one-eyed men at all.

"In this matter again I cannot say with assurance how the gold is produced, but it is said that one-eyed men called Arimaspoi (Arimaspians) steal it from griffins," writes Herodotus in his Histories III. 116.

Also in Herodotus’ History IV. 13, there is a reference to mysterious one-eyed Arimaspians, who lived to the east of the Issedones, the latter living near the present Hami. However, there are also similar records in the “Hainei Beijing” of the Shanhai Jing: “Gui (ghost) State is north of Erfu’s Corpse. These things have a human face and one eye. Some say Erfu Spirit is to the east, and that these things have a human face and snake body…”

The Arimaspians were also described by Aristeas of Proconnesus (mentioned by Herodotus in his Histories 4. 13. 1.), who was a legendary wisdom figure associated with the cult of Apollo and probably lived ca. 690 BC.

Also "Book of the Suda", Byzantine lexicon from the tenth century AD states that Aristeas was the author of the poem "Arimaspea" in three volumes.

Aristeas gives his account of journeys into the lands that ancient Greeks considered the “North” — beyond the Scythian nomads as far as the country of a people called the Issedones (IV. 13,16). These Issedones were most likely another nomadic tribe, which informed Aristeas of the many mythic races that had their settlements just beyond their borders.

The Issedones and Arimaspians had most probably their prototypes in the authentic tribes of Siberia, a very long time ago.

The Arimaspians were in conflict with other neighboring tribes like for example, the Issedones who were
driven out of their land by the Arimaspians;  the Scythians on the other hand, were in conflict with the Issedones, "and the Cimmerians dwelling by the “southern sea,” being pressed upon by the Scythians, left behind their own land...(Herodotus. IV.13)

Based on fragments of Aristeas' work, the Issedones praised the Arimaspians as a real warlike people, of very noble character, covered with shaggy hair, who possess plenty of livestock. Their only truly remarkable and clearly unusual characteristic was the presence of a single eye in the middle of their foreheads.

“…There are men who neighbor them, up above Boreas (the north wind); Warriors many in number and powerful; Rich in horses and possessing many herds of cattle. They have a single eye in the middle of their fair forehead(s), They are shaggy with hair, and the toughest of all men…” (Tzetz. Chil. VII. 686–92) 29.

Herodotus also gives an explanation (most probably also taken from the poem of Aristeus) of the word "arimasp", which in Scythian means "one-eyed" ("arima" is one, "spu" is an eye). 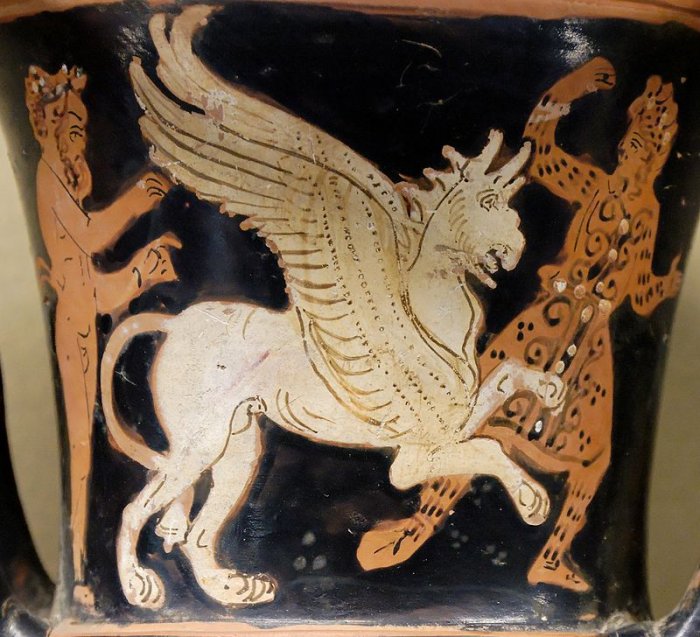 The earliest reference to Arimaspians, besides Herodotus, comes from ‘Prometheus Bound’, written by Aeschylus, an ancient Greek tragedian, (c. 525/524 – c. 456/455 BC), who says:

“The sharp-toothed, unbarking hounds of Zeus;

The gryphons — beware them, and also the one-eyed cavalry horde

Of the Arimaspians, who dwell by the font

Of Plouton’s stream, which flows with gold.

It is not exactly known who really were the Arimaspians, but myths and legends are still alive. It does not mean, however, that we know much about them and will ever do.

The Discovery of America Vol. 1 (of 2) by John Fiske