Ellen Lloyd - AncientPages.com - Like many mythical Irish queens, Medb had a strong personality and she was courageous, intelligent, but also cunning and sometimes cruel.

Described in ancient myths as a fair-haired wolf queen, Medb wanted like most Celtic women to be equal to men, and when it was time to pick a husband, she insisted on choosing a man who was without meanness, jealousy, or fear. The choice fell on Ailill mac Máta, one of the Ulster kings, but though he was a courageous man, some events reveal he had a possessive nature.

In the Ulster Cycle, one of the four great cycles of Irish mythology we encounter many strong-minded women who fight alongside men on equal terms. Celtic women could be warrior queens leading great armies into battles, Druid priestesses, poets, and much more. They were, not always, but often respected by men and their knowledge served their people. 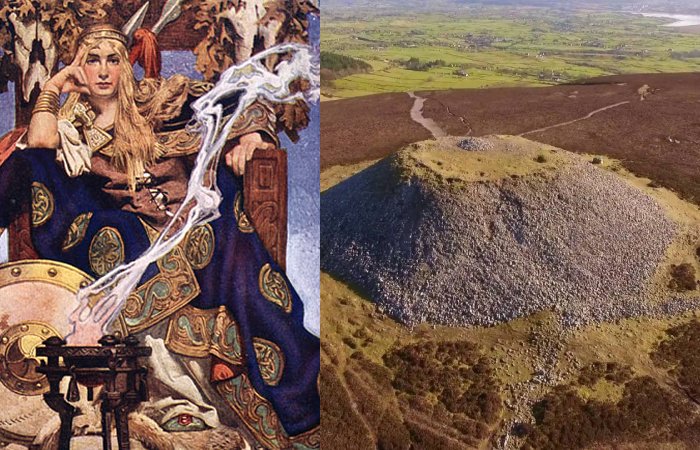 Those who are somewhat familiar with Celtic mythology know it was from Scathach the great Irish hero Cuchulainn who learned how to become a mighty warrior. The legendary Martial arts teacher Scathach trained him personally and revealed to him secrets that made him invisible.

Known as ‘Mother and nurse of heroes’ Scathach whose name means the 'Shadowy One' was a great warrior queen who taught the art of combat in the Ulster Cycle of Irish mythology. 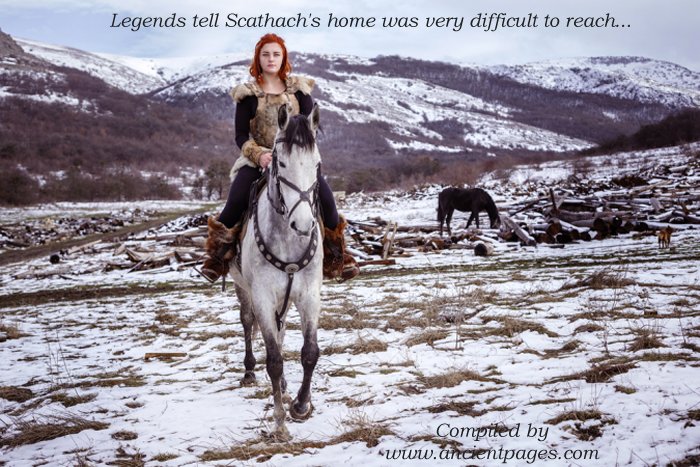 Queen Medb of Connacht has often been referred to a sovereignty goddess, but we can only guess whether it is something she would have liked to be associated with. A sovereignty goddess is thought to represent the land, and sovereignty over the land. According to scholars, the term denotes a goddess who, personifying a territory, confers sovereignty upon a king by marrying or having sex with him.

From the old manuscript called the Book of Leinster, written in the twelfth century we get acquainted with a story that concerns the conflict between Ulster and Connacht, and the question of whether men can accept a female ruler.

As the story goes, “one night, Ailill (ahl-il), the king of Connacht, and his wife, Queen Medb (mayv), lay in bed arguing over which one of them was richer. Ailill suggested that Medb had improved her lot by marrying him and that it was proper for a man to rule the kingdom instead of her, but Medb insisted that she was as rich and tough as any king.

They couldn’t agree, so that very night they did an inventory. 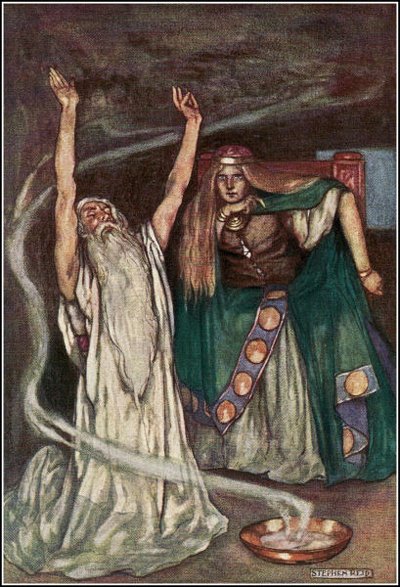 They laid out their garments and jewelry and lined up the livestock. And for every possession, Ailill put up, Medbput up one just as good, except for one thing: a beautiful, white-horned bull.

This bull had been born to one of Medb’s cows, but it had left her herd because it didn’t want to belong to a woman. Medb was devastated, and she decided then and there that she would get a bull to equal the white-horned one. The only bull as good as this one was the brown bull of Cuailnge, the property of Daire mac Fiachna, king of Ulster.

Medb sent messengers to Ulster requesting the loan of the brown bull for one year. She offered generous terms: fifty yearling heifers, a large piece of land, a fabulous chariot, and her own “friendly thighs.”

Daire agreed readily, but that evening Medb’s messengers boasted that if he had not accepted her terms, they would have taken the bull by force. After that, the deal was off.

Medb wasn’t particularly perturbed by this; she had sort of expected this to happen and quickly assembled a vast army. It marched off to Ulster to capture the brown bull. 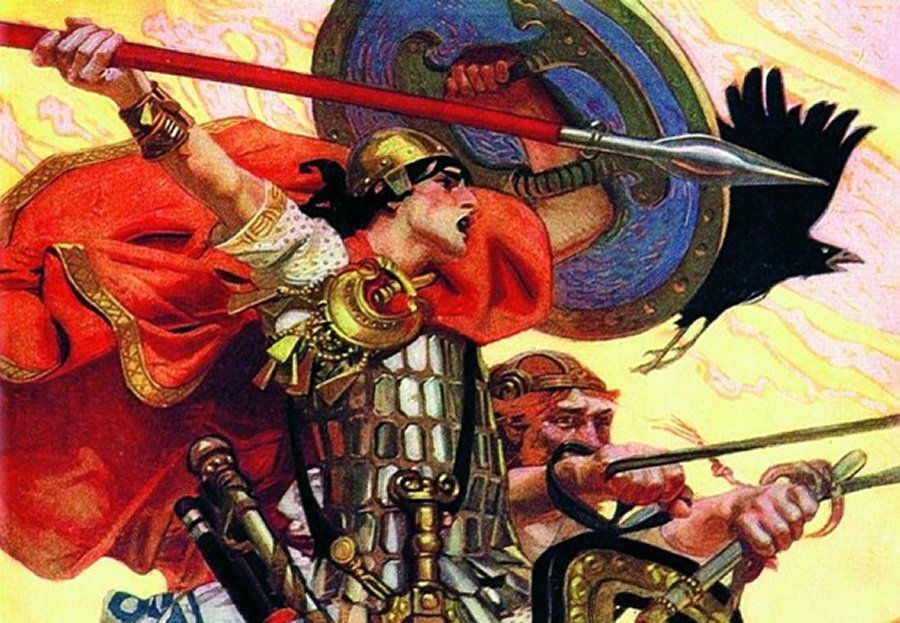 The Ulster army started marching to meet its attackers, but on the way the soldiers were all struck by strange, debilitating pains, the result of an old curse by the goddess Macha. So instead of encountering an army, Medb’s warriors met a single hero: Cuchulain (koo-hool-n).” 1 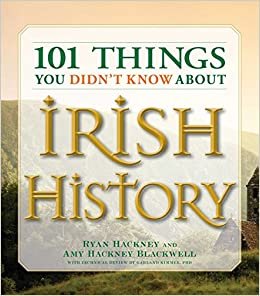 Queen Medb’s warriors were no match for Cuchulain who killed 100 soldiers single-handed. The next day he defeated a large of her warriors in a single battle.

Queen Medb understood Cuchulain was a fearsome opponent and she had to come up with something that could distract him. So, she “forced him to fight his foster brother, Fer Diad, whom Cuchulain loved more than any other man. She persuaded Fer Diad to fight on her behalf by promising him her daughter as a wife. The men fought for three days without either one gaining an advantage, and each one sent assistance to the other at night.” 1

Once Cuchulainn encountered Queen Medb face to face and he could have easily killed her, but he decided to spare her because she was a woman.

The Irish queen sent the brown bull to Connacht to protect it. There it came into a fight with a white-horned bull that it killed. But then, after having run a long distance, the brown bull also died.

Queen Medb and her husband, Ailill made peace with Cuchulain and the men of Ulster, and there was no fighting between them for several years. Still, Queen Medb was not the most forgiving person who could live with the thought she had been defeated. She spent many years contemplating how to get revenge on Cuchulain.

Where Is The Burial Place Of Queen Medb And Her Husband Ailill?

Not so long-ago archaeologists announced they had discovered a massive, underground anomaly in Ireland.  It has been suggested Iron Age temples of the early, legendary Ulster Kings are hidden below the ground. Researchers detected what they believe to be a vast temple complex and ceremonial center where legendary kings including Chonchobhar mac Nessa gathered. 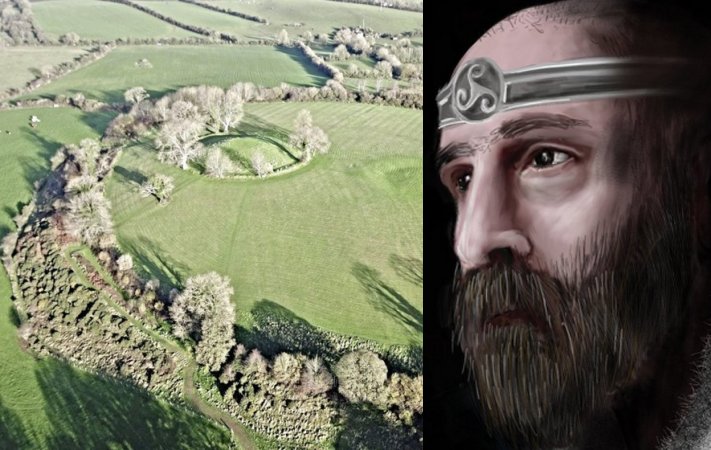 Could this exciting archaeological discovery confirm several mythological Irish events?  Is it possible this is the burial place of Ulster King Ailill mac Máta, the husband of Queen Madb? It’s too early to say anything now, but future studies may offer answers.

Queen Medb's burial place is still shrouded in mystery. It has been suggested she was put to rest upright facing her enemies in Ulster. Her grave has never been found, but the 40-foot (12 m) high stone cairn on the summit of Knocknarea (Cnoc na Ré in Irish) in County Sligo is often mentioned as a place where the legendary Celtic warrior queen could be buried. No-one has excavated the 5,000-year-old burial mound, but once this has been done we can know with certainty whether it contains the remains of Queen Medb or not.