Ellen Lloyd - AncientPages.com - Most people in the Western world interested in vampires are familiar with Dracula, whose story was inspired by Vlad III, a Prince in Wallachia who was often called Dracula.

Prince Dracula was undoubtedly a cruel, ruthless, and bloodthirsty ruler, but he was not a vampire. Bram Stoker's Dracula, written in 1897, is undoubtedly one of the most famous vampire stories that still fascinate, but it's not the first account of a bloodthirsty creature that inspired the creation of vampires. 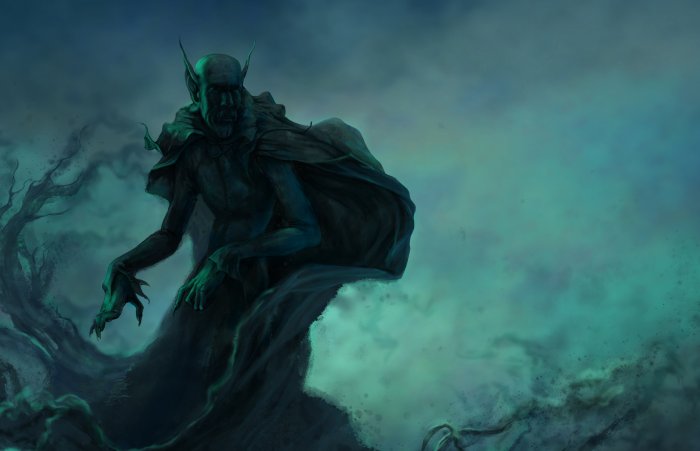 Vetala is an unusual vampire because it possesses the knowledge of past, present, and future. Credit: svetlanarib79 - Adobe Stock

Humans have long feared and yet been attracted by monsters of various kinds. We encounter some horrifying and dangerous beings in ancient legends and myths. Our ancestors were convinced several of these frightening creatures were real. The belief in vampires goes far back in time, even if vampires, as we know them today, arrived on the scene only in the eighteenth century.

One of the most interesting bloodsucking creatures that may have contributed to Stoker's legendary Dracula story is the Hindu spirit known as the Vetalaa.

Vetala that we encounter in Hindu mythology is the closest we can come to the Western definition of a vampire,

Being an evil spirit, Vetalaa lurks in burial grounds, haunts cemeteries, and takes demonic possession of corpses. Like many like the Indian night stalkers, vetala "delights in killing children, causing miscarriages, and driving people mad.

The sheer range and number of demonic Indian deities and spirits and the countless incarnations of them from region to region is enough to fill several books. There's no question that, over the millennia, they've caused many hundreds of thousands of innocents in India to bolt their doors, shutter their windows, and keep candles burning well into the night." 1

People believed that driving a wooden stake through the heart would kill the vampire in the Western world. Also, vampires were repelled by garlic, running water, or Christian implements such as crucifixes and holy water. 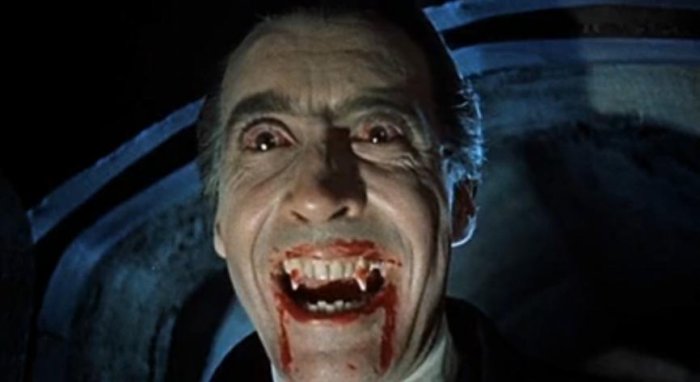 According to ancient beliefs, the Hindu Vetala can be repelled by the chanting of mantras. It's also possible to free the evil creature from its ghostly existence by performing its funerary rites. It seems impossible to kill the creature though. If the Vetala's host body gets destroyed, the Vetalaa just moves on to another host. 2

What is unusual about the Vetalaa compared to the Western version of a vampire is that the Hindu creature has a gift of prophecy. Being unaffected by the laws of space and time, the Vetalaa possesses knowledge about the past, present, and future. It has also an uncanny insight into human nature and knows more about a person than many would like to reveal about themselves. Having such remarkable supernatural power, the Vetalaa has often been chased by sorcerers who want to use its prophetic gift.

One would think the belief in Vetalaa is long gone, but that's not the case. It still happens in India people chase the elusive vampire. 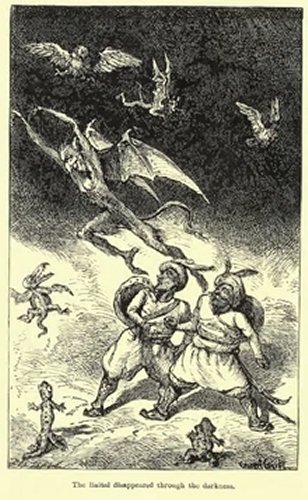 Vetala is mentioned in old and modern stories. Image source

"In the spring of 2012, terrified villagers in the Indian village of Dharampuri claimed that local vampires were attacking their cattle, sucking the blood from the animals. No amount of reasoning could convince them otherwise, so local politicians came up with an idea:

They offered a bounty of $2,000 to any villager who brought them a captured or killed a vampire. In point of fact, officials believed that the whole thing was a hoax, perpetrated by criminals trying to scare the villagers into staying off the streets at night so their operations would not be disturbed." 1

Stories aboutVetalaa are not restricted to old Hindu myths. The mysterious creature appears in modern literature and movies.

One of the most famous stories about the Vetalaa can be read in the Baital Pachisi or Vetala Tales. There, we get to know a sorcerer who asks  King Vikramaditya to capture a vetala that lives in a tree. Capturing the creature is difficult, and it can only be done if you're silent. Vikramaditya manages to get his hands onVetalaa, but the Hindu vampire is a cunning being.