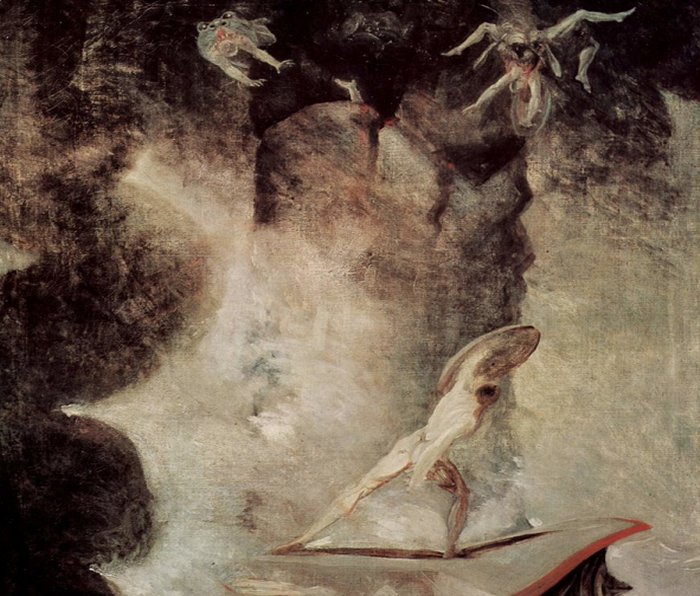 Odysseus in front of Scylla and Charybdis. source

At the shores of the lake of Lerna in the Argolid sowed the fear of Hydra, a sea serpent monster, which in place of each severed head grew two new ones-only Hercules managed to exterminate it. Among other terrible creatures were 'stymphalian birds,' terrible maidens with birds' feet and beaks and wings of iron. While shape-shifting into sirens, they lured people into the swamps. Their droppings were poisonous, and sharp iron feathers could quickly kill and wound people and herds whenever they wished.

Natural phenomena were not understood by ancient people, who often interpreted events as the work of supernatural forces.

Two immortal monsters - Scylla and Charybdis - lived in the Strait of Messina's narrow waters, a passage between Sicily and the Italian peninsula, and tormented seamen and other travelers from the passing by ships.

The two appear in Homer's Odyssey, and Charybdis is the personification of the sea vortex. She is s  depicted as a sea deity who dwells in a strait under a rock within a short distance from Scylla's rocky home. In Greek mythology, both were regarded as navigational hazards located close to each other, so they posed a serious threat to passing sailors.

The monster was cruel by creating a deadly vortex that entrapped the ships. Most sailors, however, knew how to avoid Charybdis' whirlpool at all costs. The too-close approach could only result in destruction and tragedy.

Odysseus, once eluded her, slipping between her fury and Scylla, the other monster lurking opposite. However, the beast caught him on the way back. By holding to a fig tree branch growing on a rock protruding from the sea, Odysseus managed to save his life, but it was not easy. 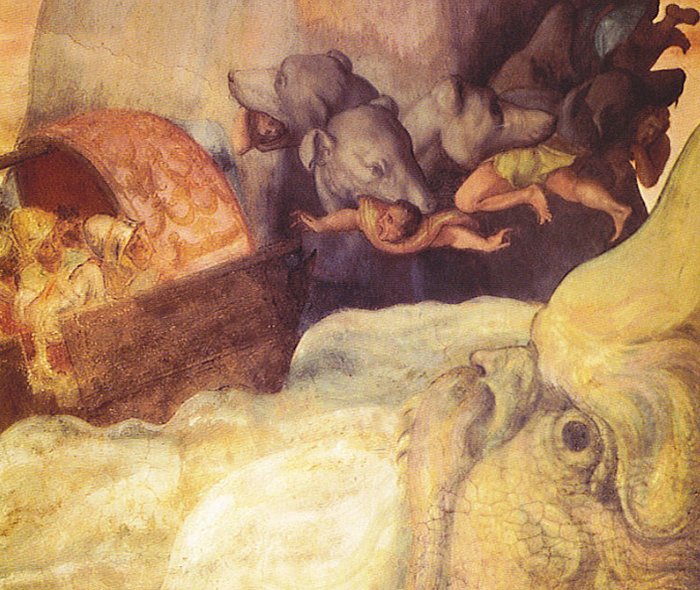 Painting of Odysseus's boat passing between the six-headed monster Scylla and the whirlpool Charybdis. Scylla has plucked five of Odysseus's men from the boat. The painting is an Italian fresco. source

And when Charybdis returned spewing out the remains of the ship - a piece of the shattered mast - Odysseus seized it, and with its help, the sea safely carried him away from the monster.

Unlike other terrible monsters, she began her life as a beautiful sea nymph, happy and carefree. Scylla enjoyed the company of the other sea nymphs, but she did not share their enthusiasm for men and lovemaking. Scylla rejected all suitors and was happy as she was.

One day, however, something happened in her life and dramatically changed her existence.

The beautiful sea nymph caught the attention of Glaucus, a sea deity who fell in love with her. He knew she disliked men, and he also knew he would desperately need the help of magic to change her mind about him. He went to Circe, a daughter of the god Helios and the Oceanid nymph, Perse or the goddess Hecate.

Circe was a wicked enchantress with powers of mind control and her vast knowledge of potions and herbs, but she used her powers for evil. Glaucus believed she could help him, so he asked Circe to give him magical herbs to conquer Scylla and make her fall in love with him.  Circe would never help him as she already fell in love with him instead.

Without any chance to win Glaucus' love, out of jealousy, Circe poisoned the pool where Scylla bathed, transforming her into a terrible monster with twelve feet and six heads.

According to a Roman poet Ovid, her belly was covered with heads of barking dogs similar in appearance to Cerberus.

Choosing The Lesser Of Two Evils - A Good Old Advice

"Being between Scylla and Charybdis" is a very old proverbial advice that has its origin in Greek mythology. It suggests "choosing the lesser of two evils".

People also use to say that someone finds himself/herself in a situation where every solution is equally critical or dangerous. It means he caught between a hammer and an anvil, and he couldn't get out of it. Not everything is only a legend. A whirlpool (Charybdis) does exist there.

It is located in the Strait of Messina, off the coast of Sicily, and opposite a rock on the mainland identified with Scylla. The phenomenon is caused by currents meeting, but today, it can be only dangerous to small craft in extreme conditions.