Ellen Lloyd - AncientPages.com - Many interesting ancient structures have been constructed for unknown reasons by people we cannot identify. One such design can be found in the Fort Mountain State Park in Georgia. It's a mysterious zigzagging stone wall that has baffled explorers, archaeologists, geologists, and historians for generations. Who were the builders of this prehistoric wall? 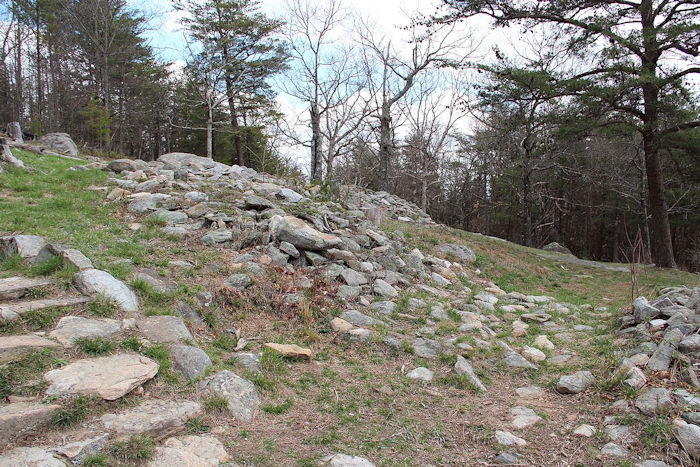 At first glance, the wall in Georgia reminds of the Great Wall of California, which still remains an ancient unsolved enigma, but there are some differences between these two structures.

The Great Wall of California is 50 miles long and made of heavy stones. It's unlikely it was used as a fence because it's not high enough. Its purpose is still a riddle. The ancient wall in Georgia is equally puzzling, as are the legends surrounding this interesting place. 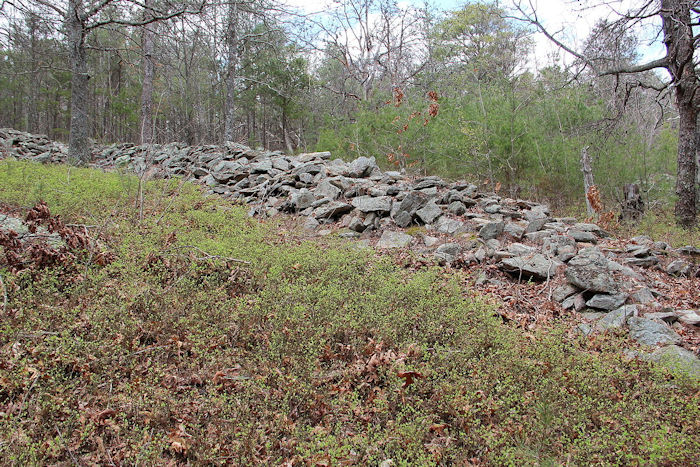 The ancient, zigzagging  885-foot-long (270 m) rock wall in Fort Mountain State Park was constructed with the help of local stones from the surrounding regions around the summit. Several pits resembling ancient foxholes are scattered along the wall. 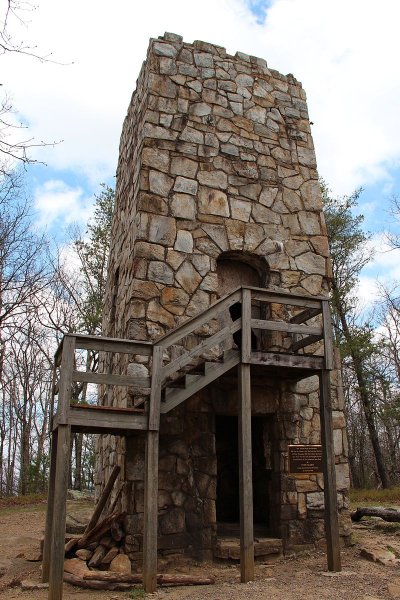 "There are no artifacts or funerary remains in the area. An easy step like path leads to the giant wall running 885 feet along the mountainside. It is two to seven feet high with an abundance of loose rock alongside its sides.

Cherokee legends mention that the wall was built by white people who worshipped the Sun and that is why the wall is aligned from east to west. The wall though is out of this alignment by 28.5 degrees. This misalignment indicates that the builders of the wall might have built it when the wall was running true east-west and that is prior to 9-10,000 BC before the earth tilted 27.5 degrees during the cataclysm. One degree error factor is not much after all." 1

The Yuchi Indians of Georgia say that a very long time ago, a great flood drowned everyone who had not been warned of the coming disaster. Could the ancient wall have been built before the cataclysm occurred? We cannot answer this because no one knows how old the structure is.

Why this enigmatic structure was built, when, and by whom remains unknown, but there are several theories attempting to explain the wall's existence.

It has been suggested the wall in Georgia was built around 500 AD for religious purposes. Perhaps these people were sun worshippers, as the Cherokee say.

The ancient wall in Georgia is sometimes also mentioned in connection with the mysterious moon-eyed people.

"The Cherokee recall a white-skinned race that lived on their lands before they arrived. This group of very unusual beings was known as the Moon-Eyed people.

Cherokee legends tell the Moon-Eyed people were of small stature and had pale, white skin, blond hair, and blue eyes. They were called Moon-Eyed because they had very sensitive eyes and could not see in daylight. They could, however see very well at night. Since these mysterious ancient people were blinded by the Sun, they were forced to live in underground caverns. 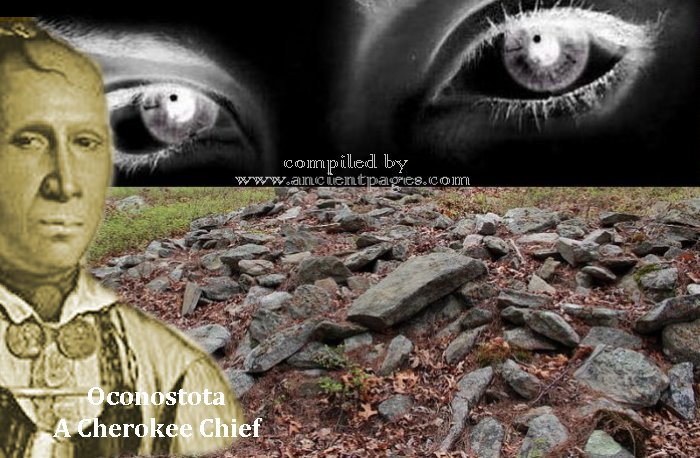 The Moon-Eyed people were physically totally different from the Cherokee, and when these two races encountered each other, war broke out." 3

Some legends tell the ancient wall in Fort Mountain State Park was built as protection against the dangerous Moon-Eyed people.

There are several ancient forts and stone walls in Georgia, and Native Americans say their ancestors did not build them; then who did?

Currently, nobody knows which of the many legends and theories is true and which is false. The true answer remains buried somewhere in antiquity and may never be unearthed.

There is so much we have learned about our past, but many events remain a historical mystery.