Ellen Lloyd - AncientPages.com - There are many stories of incredible ancient treasures that were deliberately hidden when the Spaniards conquered the Incas. One of these remarkable and precious treasures is the Golden Chain of Huayna Capac.

Treasure hunters have been searching for the amazing chain since the 16th century, but no-one has ever been able to locate it. Where is it hidden? Does it exist or is it just a myth? 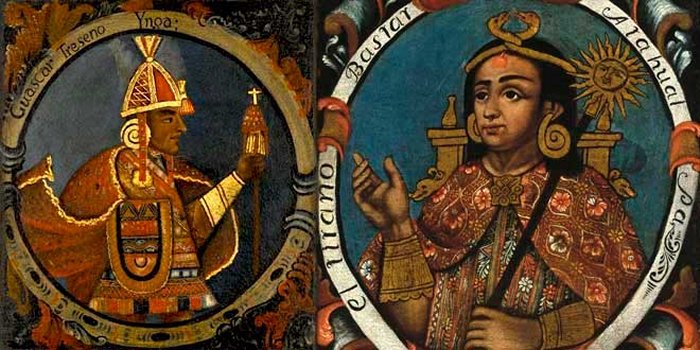 Somewhere deep inside the unforgiving Llanganates mountain range between the Andes and the Amazon is said to exist a fabulous Inca hoard hidden from Spanish conquistadors.

The legend begins in the 16th century when the great Inca Empire in western South America was giving way to European invaders. The Spaniards conquest of the Incas was made easier because the ancient civilization was in the middle of a civil war.  That was later followed by a smallpox epidemic.

When the famous and powerful Inca ruler Huayna Capac died of smallpox, the Inca Empire became divided and its people confused. Huascar and Atahualpa, the sons of Huayna Capac were rivals and fought each other to gain control of their father’s empire.

As if things were not bad enough, many Incas started to believe the Spanish conquistador Francisco Pizzarro and his soldiers were the creator god Viracocha and his demi-gods who had returned from the afterlife to claim the Inca realm.

All those factors made the Spaniard conquest of the Inca Empire relatively easy.

The Spaniards were very motivated by a quest for gold. They had heard the Incas were in possession of tremendous priceless gold treasures and Pizarro and his men were determined to get their hands on the valuable Inca objects.

When Atahualpa was captured and killed by the Spaniards, the Incas hid their gold treasures in caves, lakes, and other difficult to access places.

Legends tell that among these treasures was the incredible 800-foot-long golden chain of Huayna Capac. The chain was said to be so heavy that it took 200 people to carry it. 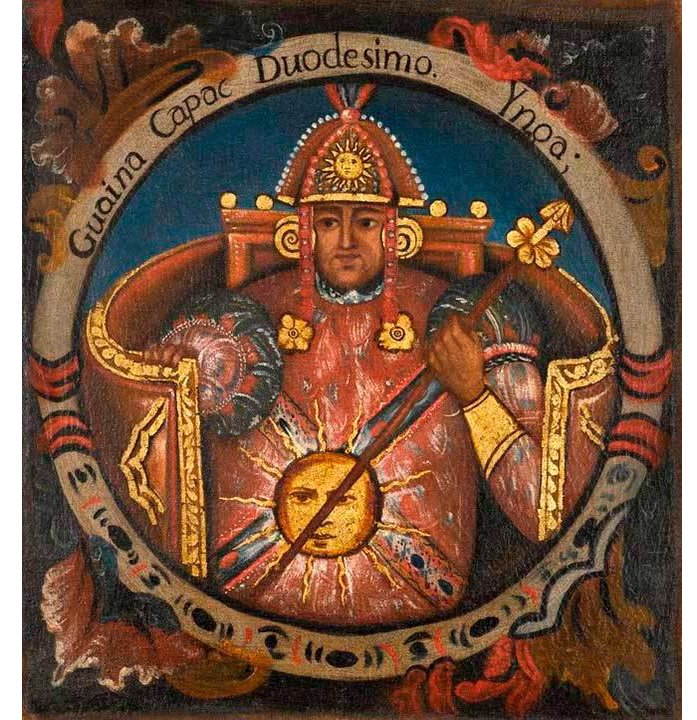 In Royal Commentaries of the Inca written by Inca Garcilaso de la Vega (1539-1616) there is a description of the chain. Vega confessed he had never seen the chain himself, but he was told about it from his mother’s Inca uncle. According to Vega, the very thick chain was made of pure gold. It was created on orders from Huayna Capac to celebrate the naming ceremony of his son Huascar.

Vega states that the golden chain was used in the central dance of the ceremony.

Up to 300 Indians arrayed themselves in the plaza in front of the reigning Inca. Each and one of them held the hand of the man next to him. In this way, they formed a chain before the ruler. Then they started to dance slowly, taking one step backward and two forwards.

Does The Golden Chain Of Huayna Capac Exist?

Whether the golden chain of Huayna Capac really exists or not has been debated for many years.

For example, John Howland Rowe, Professor Emeritus, and expert in Peruvian archaeology University of California at Berkely stated it was unlikely such an artifact existed. In his opinion, this ritual artifact could have been a fiber rope adorned with gold plaques or other decorations, especially since according to Vega, the Inca’s Quechua language lacked an exact term for the word “chain”. Thus Huascar’s name meant “rope”.

Whether the mysterious ancient artifact was a chain or a rope, we do not know, but what is certain is that treasure hunters have been looking for it more or less everywhere and they still hope to find it.

Anthropologist Dr. Willaim McGovern writes in his book, Jungle Paths and Inca Ruins about secret caverns that were said to contain altars carved of the rock to honor the Gods of the Deep. According to McGovern, the end of the Chincana cavern is connected with the Temple of the Sun in Cuzco and it might contain a large part of the golden treasures of the Inca Emperors. However, the cavern is vast and has not been fully explored. 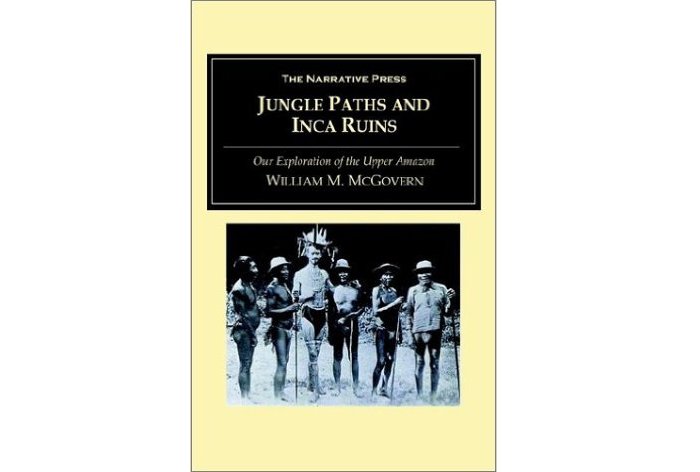 In 1925, anthropologist William McGovern was attempting to lead a routine life in London when a friend asked him to journey up the Amazon and on to Inca Ruins in Brazil. The friend withdrew, and McGovern found himself on his way to Brazil accompanied by only a cameraman. Read more

Some believe the Golden Chain of Huayna Capac is resting at the bottom of a lake.

In Royal Commentaries, Vega writes about a lake that many Peruvians believe to be Lake Urcos, near Cuzco. The problem is the measurements are wrong. Vega’s lake is about 1.3 miles in circumference, very deep, surrounded by mountains, and located about 15.6 miles south of the Inca capital. However, Lake Urcos is 29 miles south of Cuzco. So either Vega made a mistake or he was simply referring to another lake.

The quest for the Golden Chain of Huayna Capac continues and whether this precious ancient Inca artifact will be found one day in the future remains to be seen.