Ellen Lloyd - AncientPages.com - The search for the childhood home of Jesus started many years ago and now there is evidence suggesting it may have been found underneath the Sisters of Nazareth Convent in Nazareth, Israel. 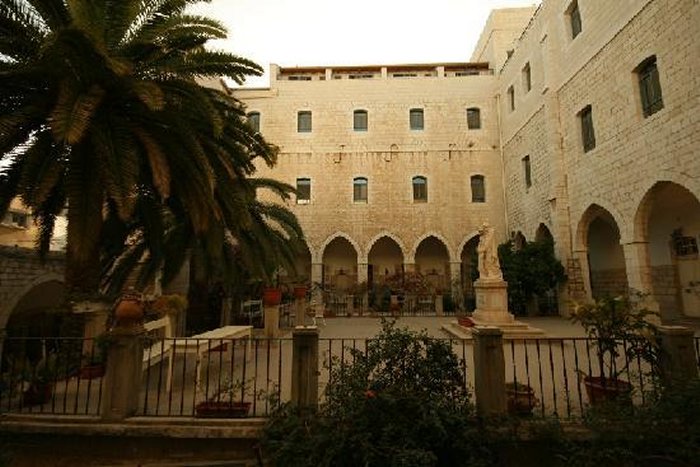 The monastery has expanded over the years. In 1860, a new school was built in the convent's area. Today the convent operates a school for deaf and blind children, a hostel for pilgrims, and a church. The church and the subterranean remains can be visited, but require an appointment.

Precious Ancient Artifacts Discovered Underneath The Sisters Of Nazareth Convent

During the process of the construction of the convent fascinating archaeological finds from the 1st and 2nd centuries, CE were discovered underground.

Many ancient artifacts were found underneath the Sisters Of Nazareth Convent. Image credit: Israel Antiquities Authority

In the 1880s, nuns, workmen, and schoolchildren accidentally discovered an ancient cistern. Further excavations revealed many well-preserved ancient artifacts, walls, and vaults from the Crusader period, a Byzantine cave-church, Roman-period tombs, and other rock-cut and built structures.

All archaeological discoveries this site was considered sacred in ancient times and the nuns made a small museum of the artifacts they had found.

Was This The Childhood Home Of Jesus?

In the article, “ Has Jesus’ Nazareth House Been Found? ” in the March/April 2015 issue of Biblical Archaeology Review, Ken Dark, the director of the Nazareth Archaeological Project explores the evidence that Jesus spent his formative years at the site.

Early attempts to investigate the importance of this archaeological site was made in 1936 by Jesuit Father Henri Senès, who never published the results of his findings.

In 2006, the Nazareth Archaeological Project began and professional archaeologists excavated the ancient site.

Ken Dark who has excavated in Nazareth and has a Ph.D. in archaeology and history from the University of Cambridge says all artifacts and ancient structures clearly indicate this place was inhabited by Jews a long time ago

In 2009, another first-century courtyard house was discovered nearby. The building is similar to the Sisters of Nazareth house, but it was built with fewer rock-cut components.

The discovery of two first-century courtyard houses from central Nazareth offers evidence of an Early Roman Jewish settlement that was quite large and most likely wealthy too.

One could say there is no reason to believe this ancient site has any connection with Jesus, but there is one piece of evidence that makes the whole story very intriguing.

A seventh-century pilgrim account known as De Locus Sanctis, written by Irish monk Adomnán of Iona was presented to King Aldfrith of Northumbria in 698. It was based on an account by the Gaulish monk Arculf of his travels to the Holy Land.

According to Dar, "one is identifiable as the Church of the Annunciation, located just across the modern street from the Sisters of Nazareth Convent. The other stood nearby and was built over vaults that also contained a spring and the remains of two tombs, tumuli in Adomnán’s “Insular Latin.”

Between these two tombs, Adomnán tells us, was the house in which Jesus was raised. From this is derived the more recent name for the church that Adomnán describes: the Church of the Nutrition, that is, “the church of the upbringing of Christ,” the location of which has been lost. 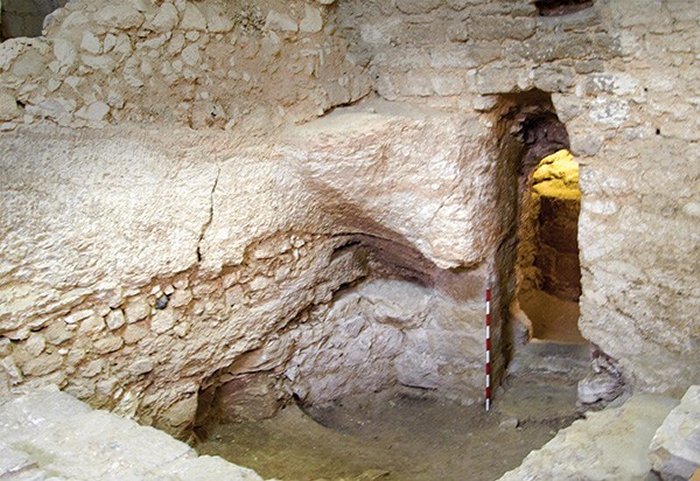 A rock-cut doorway of the first-century house at the Sisters of Nazareth Convent. Was this the childhood home of Jesus? Image credit: Ken Dark

At the Sisters of Nazareth Convent, there was evidence of a large Byzantine church with a spring and two tombs in its crypt.

Both the tombs and the house were decorated with mosaics in the Byzantine period, suggesting that they were of special importance, and possibly venerated. Only here have we evidence for all the characteristics that De Locus Sanctis ascribes to the Church of the Nutrition, including the house.”

Whether this house is really the place where Jesus spent his time as a child, is not possible to say, but there is also no evidence that speaks against this possibility. What is clear is that ancient builders of the Byzantine church were convinced this was the childhood home of Jesus.