A. Sutherland  - AncientPages.com - A prominent figure of Hindu mythology and a personification of natural forces that can be seen in many South Indian medieval temples is a powerful and strong Yali.

At Meenakshi Amman Temple in Madurai, the cultural capital of Tamil Nadu state, there are as many as one thousand pillars richly covered with carvings of Yali. 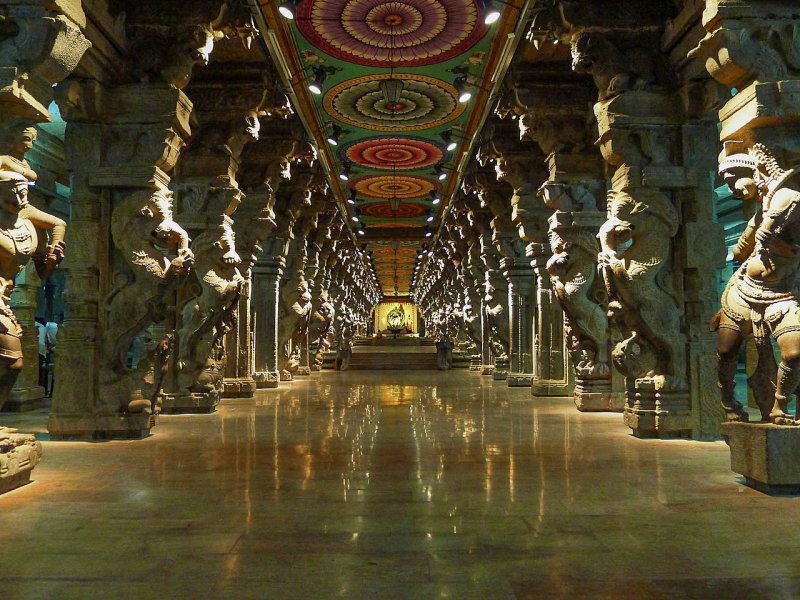 The Yali - a powerful symbol of protection – can be found in the Tiger Cave, one of the Mahabalipuram rock-cut temples constructed during the reign of King Narasimhavarman I, a great warrior and a devotee of Shiva.

The king is still remembered not for the conquests but for his contributions to the art and architecture of Tamil Nadu.

Descriptions of Yali are very old, and so are references to this mythical creature, often sculpted onto the pillars in temples.

As a personification of natural forces, Yali (also known in Sanskrit as Vyala or Vidala) became prominent particularly in South Indian sculpture in the 16th century.

He was considered to be more powerful than the lion, the tiger, or the elephant. The creature was believed to have organs of horse, lion, and elephant, all together in one. 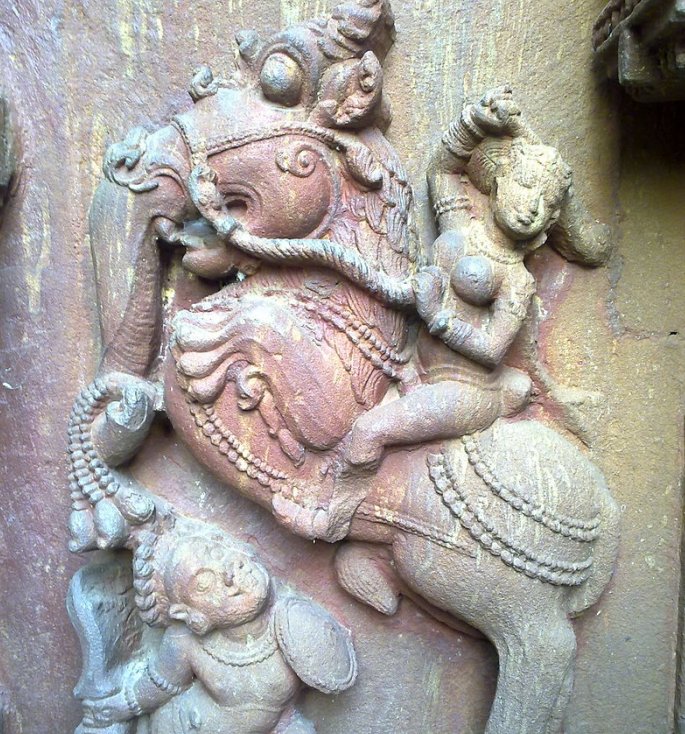 Therefore countless depictions show Yali as part lion, part elephant, and part horse, but also in other similar shapes with a tail of a serpent.

Yali Is Associated With Architecture And Spatial Geometry

According to Vastu Shastra ("science of architecture"), a traditional Indian system of architecture originating in India, there are 16 types of Yalis or Vyalas.

All of them are among the finest sculptures in India, but that’s not all. The mythical Yali’s function is to define space. This function is very important in Vastu Shastra. 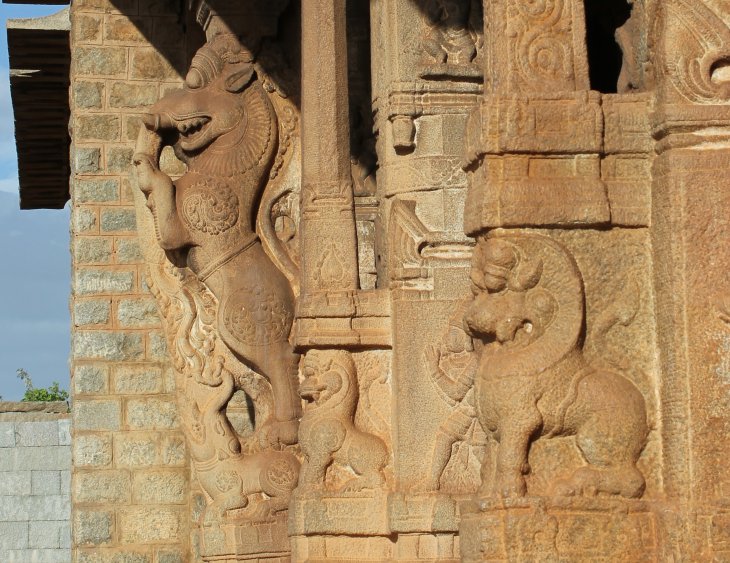 We are aware of how remarkable is the architecture of India could only be achieved thanks to principles of design, layout, measurements, ground preparation, space arrangement, and spatial geometry. All these principles are mentioned in ancient texts from the Indian subcontinent, where Vastu Shastra is closely associated with traditional Hindu beliefs and in some cases also Buddhist ones.

Yali Linked To A Griffin And A Leogryph

Yali has been sometimes described as a leogryph, commonly depicted in Burmese iconography and Myanmar architecture, especially as a pair of guardians flanking the entrances of Buddhist pagodas and monasteries. Another legendary monster with the head and wings of an eagle and the body of a lion was the griffin. 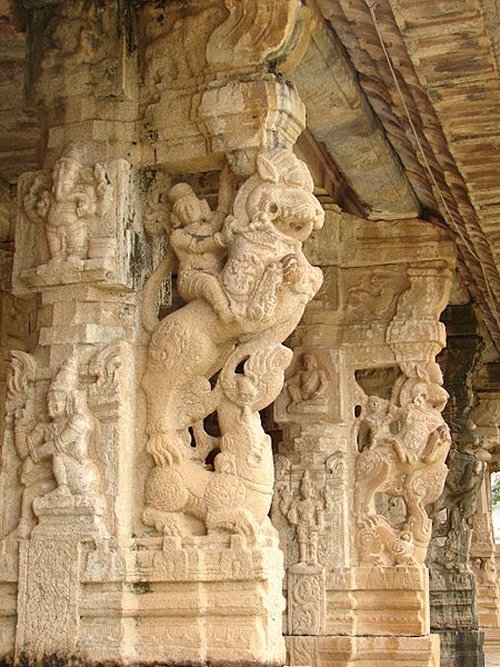 The griffin has been often compared to several ancient mythological creatures, and these include the Lamassu, an Assyrian protective deity, usually depicted with a bull or lion's body, eagle's wings, and human's head.

Lamassu guarded and supported important doorways and entrances in Assyrian palaces, while the powerful Yali sometimes depicted standing on the back of Makara, was a divine protector of temples.

The various carved statues of Yali symbolize protection, intelligence, power, knowledge, speed, wisdom, loyalty, unifying force, predator's nature, mortality, the courage of the warrior, and much more. Most of these characteristics symbolize man's struggle over the elemental and dangerous forces of nature and are clearly expressed by various carvings of the Yali. They have their honorable places in many temples of India. 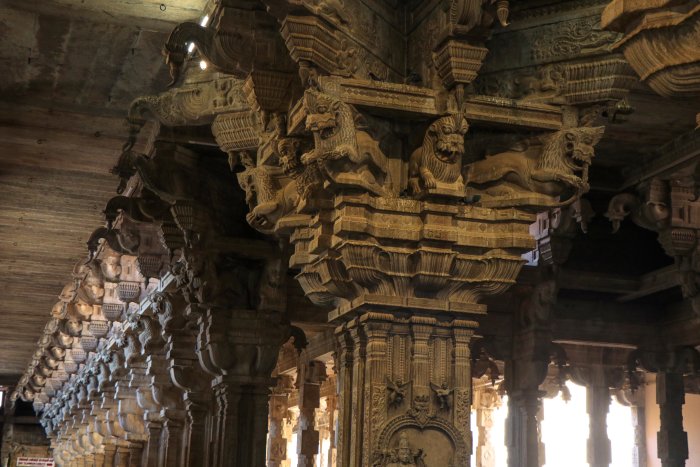 The Yali creature can be found in many Hindu temples. Credit: V.R.Murralinath - Adobe Stock

The old sculptures of the Yali are positioned on both sides of an entranceway to temples. However, in modern times, the carvings of this mysterious creature can be also found as decorations on the entrances of both residential and commercial complexes in the towns of India.

Is it just symbolically or do we perhaps still need to feel protected in some way?

Some believe that the Yali is nothing more than a fantastic legendary hybrid creature in the large pantheon of Hindu gods, goddesses, and animal-like divinities. There is currently no physical evidence to suggest that the Yali is, or ever was a real animal.