Ellen Lloyd - AncientPages.com - Named after Alexander the Great this legendary place remains as mysterious as fascinating. Locals call it Zendan-e Eskandar and the original purpose of this ancient building is still unknown.

Made of bricks, clay, and mortar, this ancient structure is located in one of the old neighborhoods of Yazd, in central Iran. Why it was constructed is a historical riddle.

Was Zendan-e Eskandar Built By Alexander The Great Or Persians? 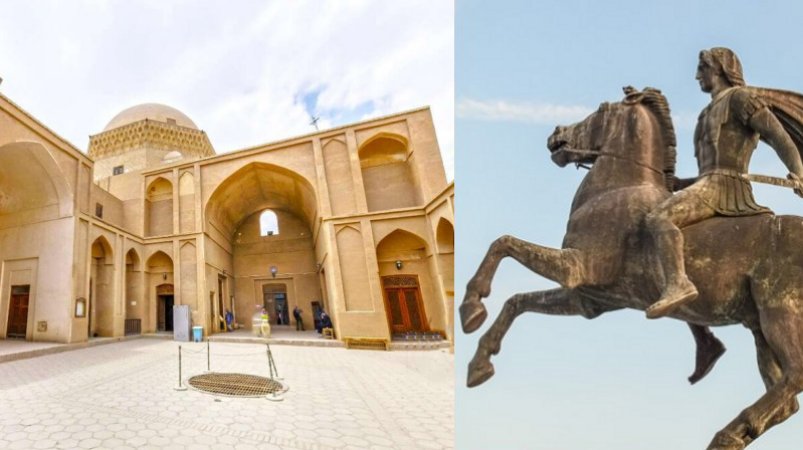 Ancient records show he was feared, admired or hated, and there is no doubt Alexander the Great is a legendary figure in history.

“In May 334 B.C., Alexander the Great began his invasion of the Persian Empire. He defeated  Darius III, the last king of the Achaemenid Empire in the Battle of the Granicus.

The battle took place in Northwestern Asia Minor, near the site of Troy, and was the first of three major battles fought between Alexander the Great and the Persian Empire.

It was a battle in which Alexander the Great came close to failure and death. However, he survived and after the victory, he set eyes on Egypt.

Alexander the Great’s victory over the Persians was welcomed ancient Egypt that was no longer a dominating kingdom after being conquered earlier by the Persians. So, when Alexander the Great entered Egypt, people saw him as a liberator who had freed the Egyptians from many years of brutal oppression at the hands of the Persian Empire.” 1

This vital victory also led to that Alexander the Great was crowned pharaoh and declared the son of God Amun. Not all pharaohs were of Egyptian origin.

As just mentioned before, Zendan-e Eskandar is said to have been built by Alexander the Great to hold his captives during the invasion of Persia.

The lack of historical sources makes it difficult to determine this claim. However, it seems there is a reference to this ancient building in one of the poems written by the Persian poet Hafiz (born Khwaja Šamsu d-Din Muhammad Hafez-e Širazi) who lived between 1315  and 1390.

From one of Hafiz’s poems, we learn about a deep well in the middle of the courtyard. Legend tells the structure was in fact built by Alexander the Great and used as a dungeon. Whether this is true or not remains undetermined. The complex “contains a deep, circular, brick-lined pit almost 10 meters in diameter resembling an ancient dungeon found at the heart of the old. There is also a well and some nooks in the courtyard.” 2

It’s an amazing structure, and each side of the domed tower is almost 9 meters long and it rises almost 18 meters tall.

Unfortunately, there is little left of the inscriptions inside the ancient dome and scientists cannot use the texts to determine the use of the building, but what remains it appears to be Kufic writings. The Kufic script is the oldest calligraphic type of the Arabic script used by early Muslims to record the Qurʾān. 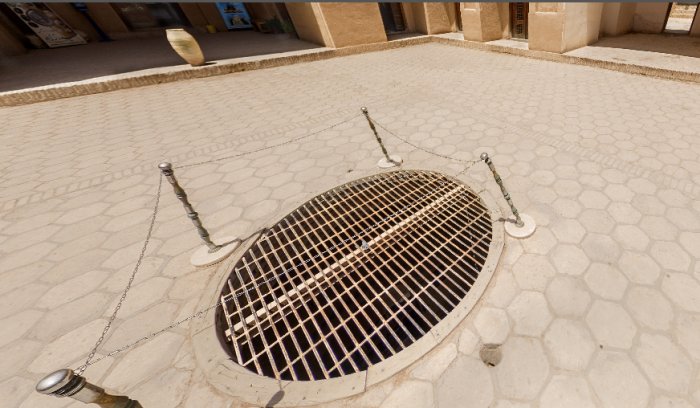 Was this pit used to prevents prisoners from escaping? Credit: Stockholm 360

There are also claims suggesting Zendan-e Eskandar was not built by the ancient Macedonian ruler but by the Persians themselves who wanted to capture Alexander the Great along with his soldiers and imprison them in the pit. These claims cannot be verified either. What we do know is that architectural features of the dome have been discovered in other domes dating to the Mongolian period. You can see a panoramic view of this ancient site here.

Some scholars also remark Zendan-e Eskandar or Alexander the Great’s prison for those who prefer the name is very similar to the dome of the Twelve Imams Tomb. The Twelve Imams are believed to have been divinely guided leaders from the lineage of Prophet Muhammad. 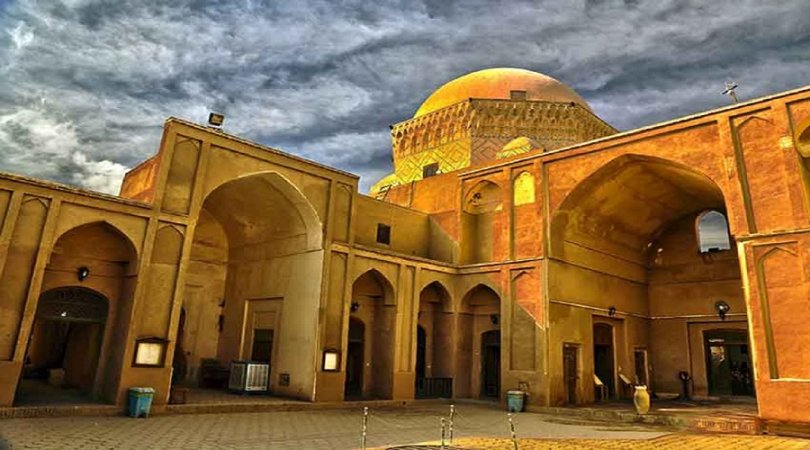 May say this ancient place does not resemble a prison at all. Credit: Iran Observe

Today, Zendan-e Eskandar serves as an Ethnographic Museum. If you visit it, you can see a scaled model of the ancient city and the artifacts archaeologists have unearthed in the surrounding area. It’s a wonderful journey through time that gives the visitor a chance to see the place looking through the eyes of our ancestors. The museum is also famous for its traditionally trained artisans who “show off their skills by working the old wood-framed looms and throwing clay pots to demonstrate the crafts that made the city famous throughout Persia and along the old Silk Road to China.” 2