Conny Waters - AncientPages.com - Archaeologists from the Polish Centre of Mediterranean Archaeology of the University of Warsaw (PCMA UW) have digitally reconstructed buildings that can now be visited on the computer screen. 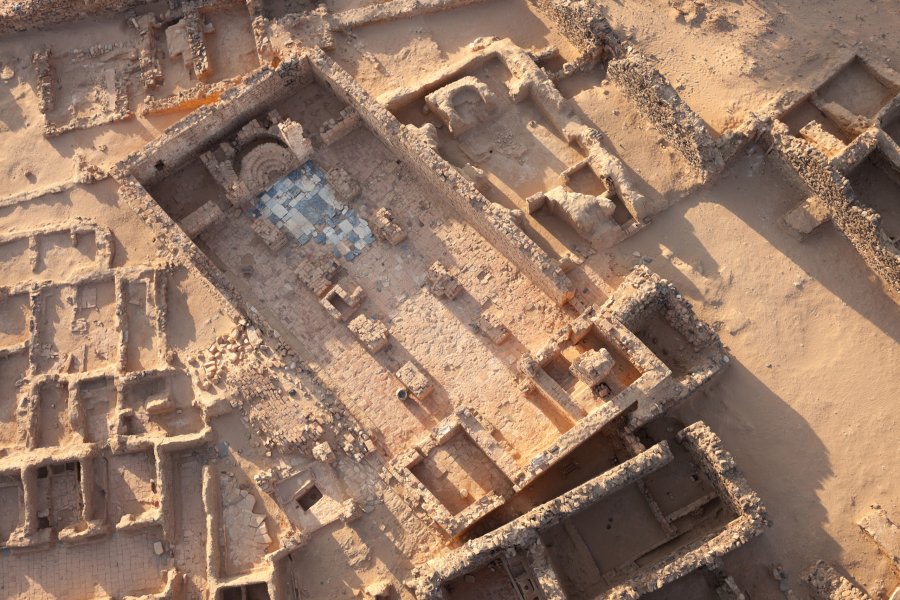 Aerial view of the monastery in Ghazali. Phot. M. Bogacki

How did medieval monasteries in Nubia look?

Now it is possible to find it out. Archaeologists from the Polish Centre of Mediterranean Archaeology of the University of Warsaw have digitally reconstructed buildings that can now be visited without leaving home.

Polish scholars have extensive experience in research on medieval Nubia. It was Prof. Kazimierz Michałowski’s discoveries that helped to establish an entire field of research called Nubiology. His work in the famous cathedral in Faras brought to light the paintings that now adorn the collections of national museums in Khartoum and Warsaw. Since then, there have been further discoveries related to the Christian culture of medieval Africa: in Dongola, Banganarti, and Ghazali.

Ghazali is located in northern Sudan, approx. 20 km from the modern town of Karima. The research by PCMA UW expeditions at the site encompassed a medieval monastery (7th–13th century), the remains of a small settlement, cemeteries, and iron production sites.

“We conducted archaeological work in parallel with a heritage management project, preparing the site for visitors,” says Dr. Artur Obłuski, PCMA UW Director and head of the expedition. Adding: “However, we were aware that not many tourists would reach the site unless the political situation becomes more inviting. Hence the idea to make a virtual tour.”

“Virtual Nubia” is a joint effort of archaeologists, architects, and graphic designers to show the erstwhile appearance of the monastery.

This idea was realized as part of the project ArcheoCDN. Archaeological Center of Scientific Excellence financed with a grant from the Polish Ministry of Science and Higher Education DIALOG 0298/2018. The project aims to implement at the PCMA UW the latest trends in archaeology and management of cultural heritage. This is how “Virtual Nubia” was created.

A real journey through Sudan would certainly be an unforgettable adventure – an endeavor greatly encouraged by researchers – but virtual reconstructions of archaeological sites have their advantages. This is because, although archaeology often ignites the imagination, many of the remains discovered during excavations fail to impress a “layman”. Usually, the lower parts of walls or foundations are all that survives of even the grandest of structures, and scientific publications present drawings of building plans, which makes it difficult to imagine, for example, the appearance of facades or roofs.

Ghazali is no exception. It took a joint effort of archaeologists, architects, and graphic designers to show the erstwhile appearance of the monastery.

"The starting point was, of course, the archaeological and architectural documentation made on the spot – says Maciej Wyżgoł, an archaeologist from the PCMA UW, who supervised the creation of “Virtual Nubia”.

The next stage was the close cooperation of architects and computer graphic designers with archaeologists to determine the appearance of those parts of the monastery that have not survived to our times: what did the upper parts of the walls look like, where were the windows, how was the roof constructed?

"We relied on specialized analyzes so that our reconstructions had scientific value The answers to some of the questions were provided by analogies from other medieval sites in Sudan and Egypt," says Wyżgoł.

The result of these works is 3D models of the monastery in Ghazali available at www.virtualnubia.uw.edu.pl. They can be “explored” on a computer screen or using VR goggles.

The individual parts of the monastery are captioned on the model of the building, and clicking on their name takes the visitor to a page with the model of their interior and exterior, provided with a description. This way you can get to know e.g. the dormitory, churches, or the monastery kitchen.

For comparison, photos show the same places during archaeological works. Reconstructions of several artifacts – ceramic and glass vessels – discovered at the site are also presented.