A. Sutherland  - AncientPages.com -  In our earlier articles on Ancient Pages, we described Mama Ocllo, Mama Cocha, Mama Quilla, who are prominent deities in the pantheon of Inca people.

Our today's article is devoted to Mama Pacha (Pachamama), one of the most important and deeply revered deities in beliefs of the pre-Columbian civilizations of the Andean region. 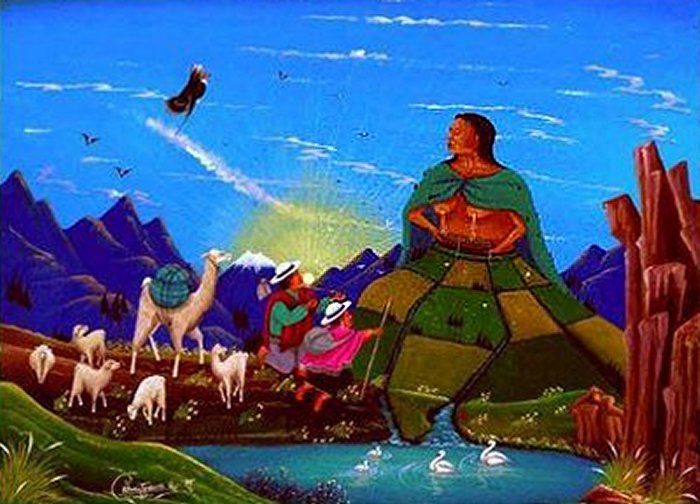 Mama Pacha - the one who fertilizes and protects the crops. Image source

In the mythology of the Incas, people venerate Mama Pacha (or Pachamama), a goddess whose name means Mother Earth. As the protector of nature,  she was always present in the daily life of people.

Her name symbolizes the highest expression of reverence because this deity not only cares for the material but also the spiritual world. Mama Pacha is the mother of Inti, the sun god, and Mama Quilla (Killa), the Moon goddess of marriage and fertility. Some beliefs confirm that she is also the wife of Inti, her son.

The goddess is often depicted as an elderly woman of small stature, with too large legs and head, in relation to the body. Sometimes she wears a hat on her head, and thin Indian braids hang from her shoulders. In her hands, she holds a snake that serves as a kind of lasso.

Why Is Pacha Mama So Important To Inca People?

Pacha Mama is the one who fertilizes and protects the crops in the fields, which are the Incas' essential production necessary for survival. In ceremonies in her honor, she is always thanked for all she offers, so the people give Mother Earth some of what she has given them.

It is a symbolic offering in the form of products such as potatoes, chicha liquor, alpaca meat, coca leaves, goose, and even small silver, copper and even gold figurines dressed in elaborate garments, often decorated with feathers.

According to tradition, the Inca place offerings in caves and crevices, on mountaintops, or buried near buildings or fields. 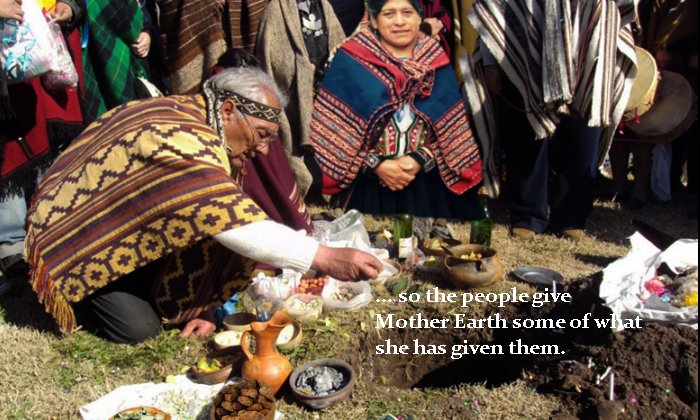 It is also a beautiful gesture, in which man returns to the Earth what he has taken from it. The primary purpose is gratitude and reciprocity between the human being and nature.

These rituals - widely known as 'payment to the land' - are still practiced in the region of Cusco, Machu Picchu, and other Andean people, who, in this way, traditionally honor of Pacha Mama invoking her help in problems with the crops.

In the vicinity of Cúsco, Peru, there is an impressive Inca infrastructure called Moray that could have been an experimental farm as the terraces descend into the center of each circular formation. There, they created different micro-climate from the previous terrace.

Such terrace-like gardens were probably used by the Incas to experiment with different varieties of plants to improve their crops. 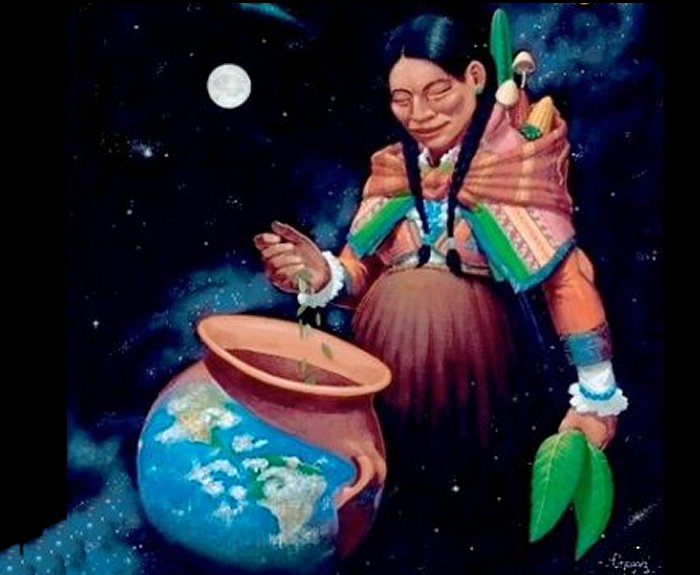 Perhaps they wanted to show Mama Pacha how much they care for the land they can use to feed their families.

Every August 1st (before the sowing season), Mama Pacha, the goddess of nature, has a special day devoted to her. Still, the celebrations are performed in a different way depending on the regions. For example, in Bolivia, Peru, or Argentina, the rites may vary.

Pachamama and her son-husband, Inti, are honored as benevolent deities in the area of the former Inca Empire – Tawantinsuyu, which includes the Andean mountains in present-day Ecuador, Bolivia, Chile, Peru, and northern Argentina.

Traditionally the Incas give food and drink to Mother Earth, and this rite - guided by the elderly  - is performed using a hole in the Earth, once they place their offering and cover it, the community begins to dance. In this way, the people express their gratitude to Mama Pacha, the divinity with unlimited powers.

She oversees planting and successful harvesting, but sometimes, she can suddenly change and act as a dangerous monster dragon causing deadly earthquakes.

The Inca ancient beliefs say that 'phenomena' like drought, too heavy, devastating rains, and earthquakes symbolize the punishment sent by the goddess for not complying with her requests.