A. Sutherland - AncientPages.com - There was once a mysterious European culture, which left a legacy in the form of valuable artifacts covered with an unknown, never successfully deciphered script. These artifacts have been excavated from sites in south-east Europe. 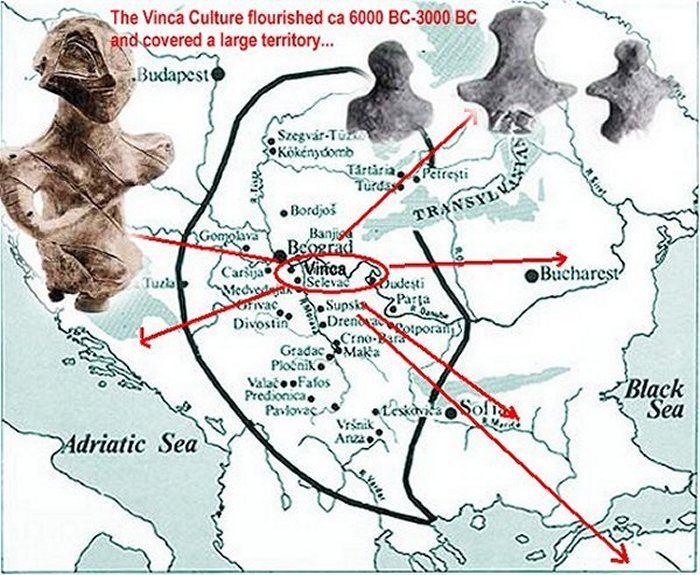 The culture that flourished from about 6000 BC to 3000 BC, was named Vinca-Tordos Culture of Yugoslavia and western Romania and derived its name from the village of Vinca located on the banks of the Danube river, only 14 km downstream from Belgrade.

A century ago, a great discovery was made at the Danube riverbank. Panta, an old man from Vinča accidentally found a strange clay figurine: This mysterious figurine was puzzling to him so he took it to the  National Museum in Belgrade in order to find the explanation. The figurine was soon recognized as an artifact that dated back to the late Stone Age.

Since then, a number of archaeological excavations have revealed numerous cultural layers of a civilization and its largest Neolithic settlement in Europe, dating back more than 7,000 years BC. 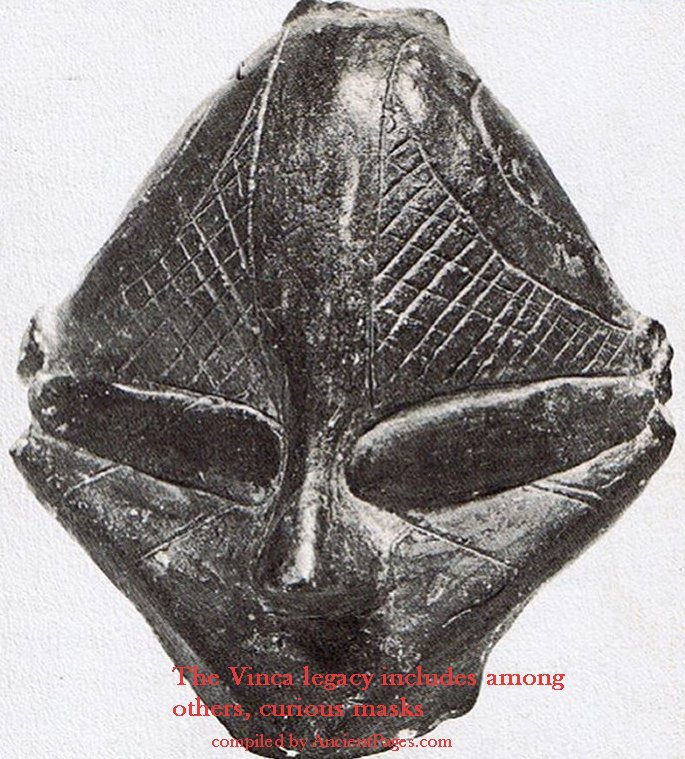 There have also been unearthed different kinds of tools and weapons and the remains of prehistoric houses with the furniture and many other objects created in the Vinca region or brought from remote areas.

Since the language of the Vinca still remains undeciphered, unearthed artifacts constitute the only source of knowledge about this culture. Vinca's living style reminds us of our own. They lived in houses that had very complex architectural layouts and several rooms.

The houses faced northeast-southwest and were separated by streets. Vinca people had stoves in their houses, preceding the Romans in using these devices. They used special holes only for rubbish, and had the same tradition as we have, to bury people in cemeteries.

The development of copper metallurgy is evident during the latter part of the Vinca culture's evolution.

Among unearthed artifacts, there have been found a large number of figurines made of clay and other artifacts depicting worshipped deities and women in miniskirts, short tops, wearing jewelry.

It is hard to believe that women that lived several millennia ago wore miniskirts, unless, the cult of Mother Goddess was very widespread and reached both the south-east parts of Europe and ancient India.

Similar, made of ceramic clay, figurines of Mother Goddess, were found in excavations in Mohenjo-Daro, located along the Indus River in ancient India (present-day Pakistan).
Was this kind of clothes popular 7,500 years ago?

The Vinca Culture - Europe's biggest prehistoric civilization - point to a metropolis with a great degree of sophistication and a taste for art and fashion.

Numerous figurines related to the Vinca Culture bear 'markings that clearly indicate clothing, bequeathing a wealth of costume detail. The Vinca culture in the Danube River basin, from the end of the sixth through the fifth millennia B.C., left the most informative costumed figurines.

Figurines with clothing and ornaments appear either bare-breasted or fully clad. Several dress combinations recur persistently on bare-breasted images. Some wear only a hip belt or a hip belt supporting either an apron or an entire fringed skirt. Others wear a tight skirt and nothing else...' 1

An important question is: Is the legacy of the Vinca culture evidence of the ever known earliest manifestation of the Divine Power and well-evolved and widespread Mother Goddess worship cult?

Many terracotta figurines of the Mother Goddess were recovered in excavations at various archaeological sites of Indus Valley. Naturally, orthodox science proposes a classical explanation to this phenomenon and say that the proto Mother, the symbol of female fertility, is depicted on prehistoric figurines. 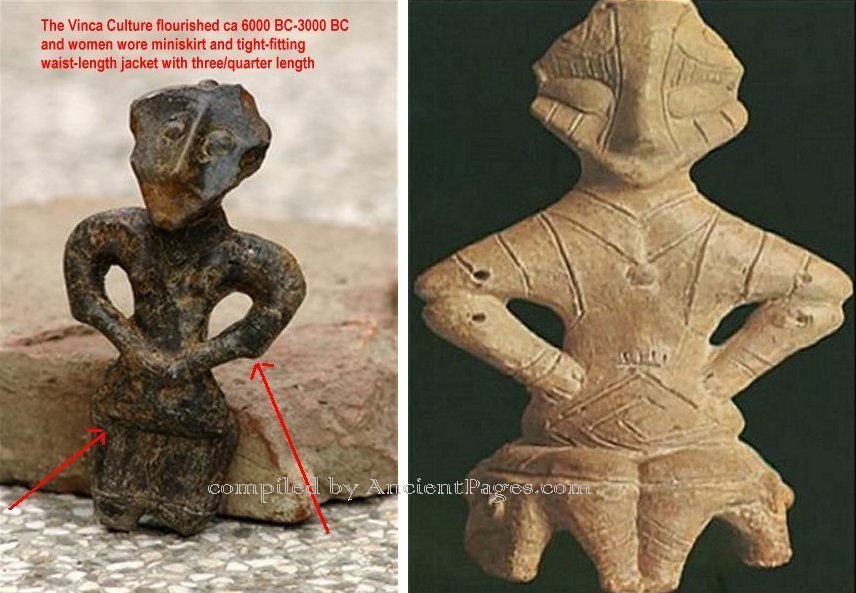 On many of the artifacts excavated from sites in south-east Europe, there have been found the Vinca symbols. Here are common symbols used throughout the Vinca period:

They probably represent the earliest form of writing ever found and predating ancient Egyptian and Sumerian writing by thousands of years.

Since the inscriptions are all short and appear on objects found in burial sites, and the language represented is not known, it is highly unlikely they will ever be deciphered.

In some way, Vinca's past is both forgotten and lost.

The first version of this article was originally published on October 25, 2014