Ellen Lloyd - AncientPages.com - On June 21, many people around the world celebrate the summer solstice. It’s an ancient tradition that is still alive. The festivals are often very colorful and magical. 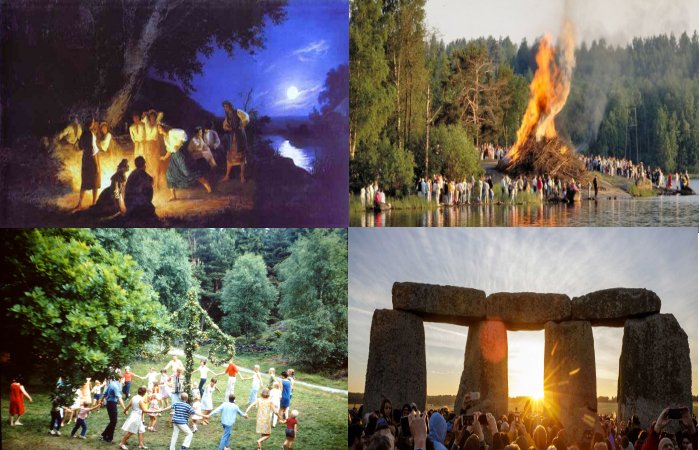 Foods, drinks, clothes, and dances vary depending on the culture, but what all have in common is the great appreciation for the summer solstice that marks the longest day of the year. This happens when the Earth’s poles are at their maximum tilt towards the Sun.

In countries like Sweden for example, the Midsummer (Midsommar in Swedish) celebration is one of the greatest events of the year. It’s almost as important as Christmas. The traditional Midsummer celebration takes place in the countryside. It should be added though that one of the best summer solstice festivals occurs at the Skansen open-air museum in Stockholm. On Midsummer Eve people often dressed in traditional costumes dance and sing around a midsummer pole. 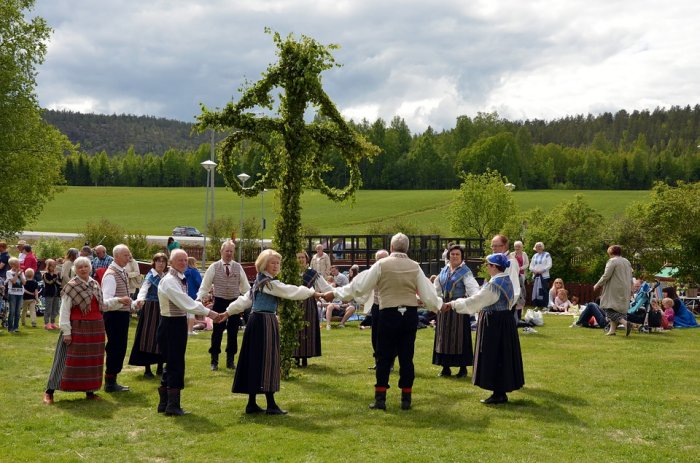 “This is a fertility rite and the pole is decorated with greenery and flowers. Traditional foods such as pickled herring and potatoes with soured cream and chives are consumed, washed down with Schnapps and spiced vodka.” 1

In Finland people still observe the Ukon Juhla festival. It was originally held in honor of Ukko one the most significant gods of Finnish mythology. God Ukko was the ruler of the sky, weather, harvest and thunder. When Finland became a Christian country, the Pagan festival was re-branded under Christianity as “Juhannus”, held in honor of John the Baptist.

In the United Kingdom, it’s custom for Druids to gather around Stonehenge to celebrate the summer solstice. Usually, thousands of people come to celebrate the first day of the summer. Glastonbury Tor in Somerset and the Avebury stone circle in Wiltshire also attract crowds.

The atmosphere is truly magical and celebrating the summer solstice in the United Kingdom is an unforgettable experience.

Also called Litha by Pagans, the Summer Solstice Sabbat honors the only day that the rising Sun reaches the middle of the stones. When this happens the Sun shines on the formation’s central altar and it’s a great moment, especially to those who are more spiritual.

Spain is a deeply religious country where a majority of the population is Catholic, but despite the Christian elements, people still appreciate some ancient traditions going back to Pagan times. Summer Solstice is celebrated in Spain on June 23. During the feast-day of St John, known as San Juan in Spain, it’s custom to lit huge bonfires, with dancing, drinking, and eating.

These unusual outfits are worn in Bakio. Credit: AFP

The summer solstice traditions in Spain vary between different regions. For example, “in the Pyrenean town of Isil near Lleida, residents mark the summer solstice by zigzagging from mountain top to town square carrying burning branches. After a huge bonfire, townsfolk dance until dawn.” 2

The International Day Of Yoga In The USA

It may sound a bit surprising, but the International Day of Yoga on June 21 is also the summer solstice in the United States.

The festival was inaugurated by the UN in 2015 and the festival is popular. Thousands of people practicing yoga travel to New York, and other cities yearly on this day. There they gather at Times Square to mark the occasion by taking part in a free class held in the city’s iconic heart.

People in Poland (Noc Kupały in Polish), Russia and Ukraine celebrate a festival known as the Kupala Night. This is a summer solstice celebration that involves joyful outdoor celebrations with bonfires, dancing, and singing. It’s custom that young women make beautiful crowns from herbs and wildflowers.

The jump over fire ritual for Lada, Goddess of beauty, love, harmony and order is still practiced. 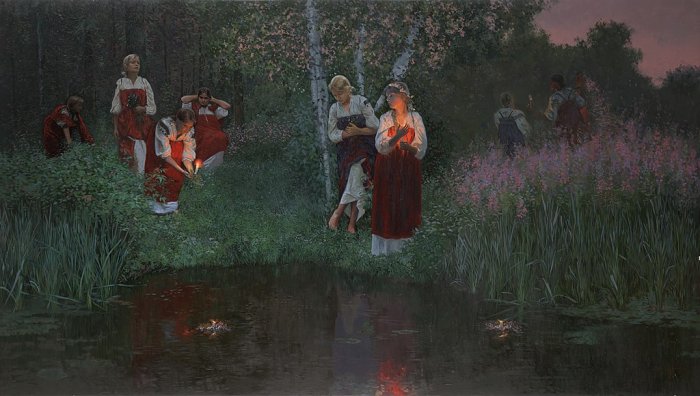 In Russia and Ukraine, this holiday combines "Ivan" (John, in this case, John the Baptist). In Poland, the holiday “was incorporated into the Christian calendar as St. John’s Eve. As a result, the conventional Polish celebrations of midsummer are an interesting mix of pagan and Christian influences.” 3

Under Communist rule, shamanism was banned in Mongolia for 70 years. In 1992 the ancient traditions became protected by the country’s constitution.

It is believed there are more than 10,000 shamans in Mongolia. Credit: The Guardian

There are naturally many other countries where summer solstice is celebrated every year. Each culture has its own unique ancient tradition.