A. Sutherland – AncientPages.com - We have already acquainted us with Mama Ocllo and Mama Cocha, two great mama divinities revered in ancient beliefs of Inca people.

Apart from these two deities, there is also Mama Quilla (Mama-Kilya), who was the wife of the sun god Inti (Inti was also the second husband of his mother, Pachamama the Earth goddess). 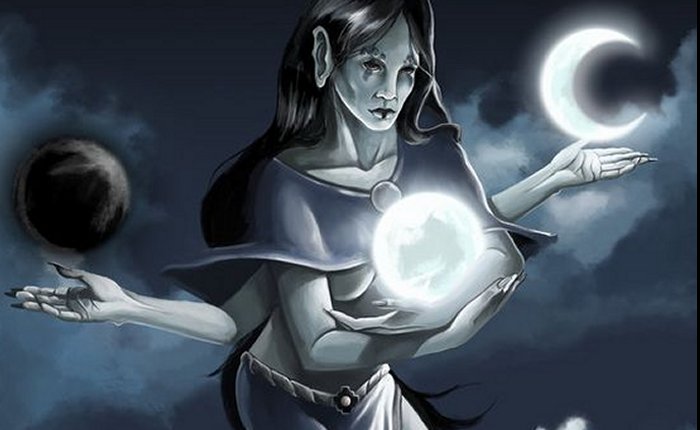 Mama Quilla was the Inca goddess of marriage and fertility, seasons of the harvests, and a highly revered deity who represented women. Image source

She played a significant role as the Mother of the Moon, whose phases revealed the course of time, and the waxing and waning of the Moon were used to calculate monthly cycles, from which the periods for Inca celebrations were fixed.

The Inca people calculated and predicted the course of time and its calendar. Many of their rituals and cultural traditions depended on the lunar calendar, and these celebrations had to be adjusted and coincide with the well-known solar year.

According to the Inca worldview, the Moon was an expression of the divine feminine, magic, emotions, intuition, and also of death and rebirth as it always waxes and wanes every month.

Mama Quilla was the Inca goddess of marriage and fertility, seasons of the harvests, and a highly revered deity who represented women.

She was considered the daughter of Viracocha and Mama Cocha, and Mother of Manco Capac and Mama Ocllo, legendary founders of the Inca Empire and its culture. Among the deities of the heavenly pantheon, Quilla had an equal ranking as her husband, the Sun god, Inti. Quilla accompanies Inti in the same rank in the divine pantheon.

She had four children: Manco Cápac, Mama Ocllo, the Pachacamac, the earth creator god, and god of rain and the South wind, Kon.

Protector Of Women In The Universe

She was the goddess of marriage, the menstrual cycle, feast days, the Inca calendar, and a defender of women.

Therefore, she had many faithful followers who relied on her. No other deity could better understand the women’s desires and fears, and give them the protection sought.

As an essential part of Inca mythology, there was a holiday that usually coincided with the beginning of the rainy season - spring equinox, which was called Quillamama Raymi (or Coya Raymi). Its tradition was traditionally preserved in indigenous communities.

During the night and in the atmosphere of great silence, women performed all kinds of rituals in Mama Quilla’s name. Mama Quilla was usually depicted as a human female, and images of the goddess included a silver disc covering an entire wall. Her sacred place was located in Qoricancha, Cusco, Peru, and it was the most important shrine in the Inca Empire.

It was illuminated with torches and decorated with sheets of beaten silver and served by its priestesses. The Inca believed that both silver plates and other objects made of this metal attracted the attention of the Moon.

The cult of Mama Quilla was celebrated entirely by women. The priestesses of the Moon – dressed in long gray robes and cloaks covered their head with a thick white wool cap; they wore silver earrings, which released a strange, metallic sound that warned of their presence to men, who were not allowed to look at them.

The priestesses originated from the female elite of Cusco.

Coya Raymi Celebration was usually organized once a year in the tenth month of the Inca Coya Raymi calendar (September). During this important holiday, the Moon was worshiped with prayers and small gifts, and it was also necessary to fast during the celebrations.

See also: What Was Inti Raymi And Why Was It Celebrated By Inca?

According to the Inca religion and tradition, the month of September is dedicated to fertility in Andean cultures and is the beginning of the ceremonial agricultural year.

On September 21, Coya Raymi pays tribute to women and fertility and also symbolizes the first step to obtain the fruits of the Earth. It is a particularly important celebration time for all young Inca women because from a young age girls have to prepare for their adult life.

It is to her that Andean women directed their questions about protection for girls, parturient women, and newborn babies.