A. Sutherland - AncientPages.com - The Nue, is a mysterious shape-shifting creature referred to in Japanese literature since ancient times. It is a yokai, a weird or mysterious creature that takes many different forms. They are commonly associated with folklore, and especially with small villages or old, abandoned cities or deserted mountain regions. 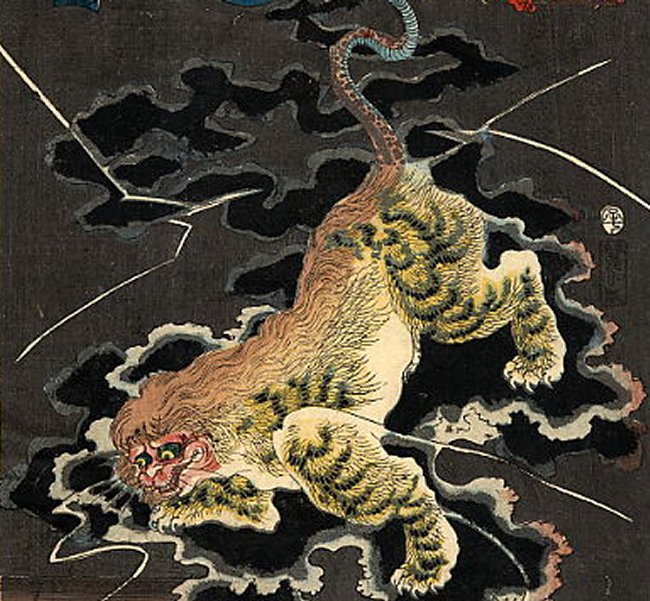 In myths and legends, the Nue is described as a chimera. It has the head of a monkey, the body of a “tanukie”( Japanese raccoon dog), and the feet of a tiger. However, most probably the Nue originates in China and was believed to be a bird of some sort.

The Nue has a peculiar appearance but it is not the only thing that makes the creature unusual. What is even more interesting is that this strange animal is believed to exhibit the ability to shape-shift into a huge black cloud and fly. It is said to have an eerie bird cry.

To see or encounter a Nue is considered bad omen because the creature is reputed to bring misfortune and illness.

The Nue, is a legendary Japanese yokai (or mononoke), a vengeful spirit that is said to do things like possess individuals and make them suffer, cause disease, or even cause death. This yokai is believed to have started appearing in the late Heian period from 794 to 1185.

According to the Tale of the Heike, an ancient epic account, the Emperor of Japan became ill after this ominous creature resided above his palace in the summer of 1153. After the samurai Minamoto no Yorimasa (a Japanese warrior and a prominent poet) killed the Nue, the Emperor regained its health. 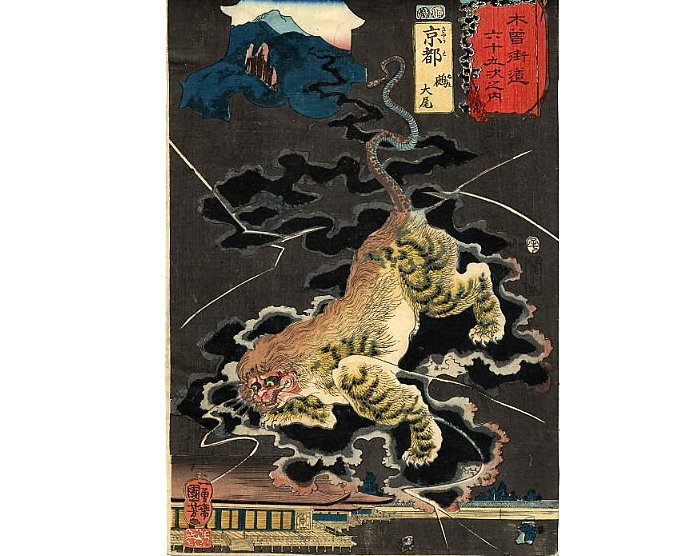 "Kyoto Nue Taiba (The End)" (among The Sixty-nine Stations of the Kiso Kaidō one that is by Utagawa Kuniyoshi, in Kaei 5 (1852), October)

It is undoubtedly one of the oldest creatures in Japanese legend, most prominently appearing in The Tale of the Heiki, the story of a 12th-century war between two opposing clans.

In her book “The Mythical Creatures Bible: The Definitive Guide to Legendary Beings”, author Brenda Rosen writes how

“in 1153, the Emperor Konoe of Japan began to have nightmares and to fall ill. The source of his illness was a dark cloud that appeared in the palace roof each night. One night, the Samurai Yorimasu Minamoto stood watch on the roof and, when the cloud appeared shot an arrow into it, out fell a dead Nue, which the Samurai submerged in the Sea of Japan.” 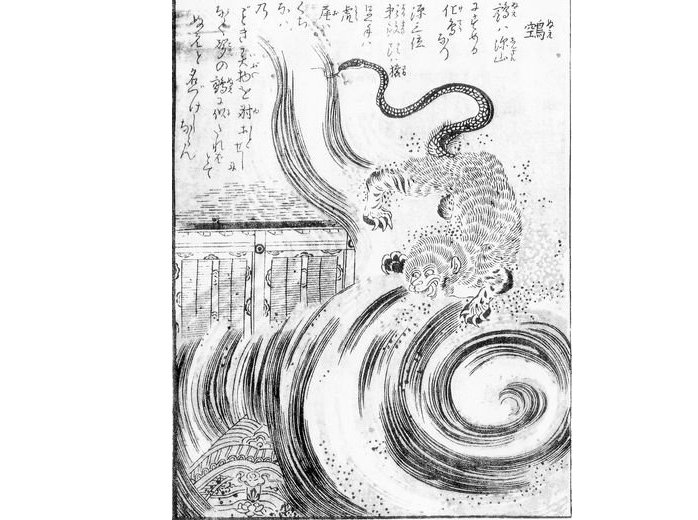 In a local expansion of the story, the Nue's corpse floated into a certain bay. When it rose, the town's people cried out. Fearing a curse, they held a ceremony for the beast and erected a small graveyard is by the edge of the water which still exists today, leading many people to believe this magical tale.

The Nue appears many times in popular culture. A yokai, that looks like a human, in the anime Nura: Rise of the Yokai Clan shares the name of this mythical creature.

To this day, there is a mound at the shore of the Sea of Japan which is said to be the grave of the Nue from the story.