Jan Bartek - AncientPages.com -  Originally known as the Manual of Discipline, the community rules were written during a time when there was political instability in the region and the goal was the create a strong community consisting of very loyal members.

Still, we cannot deny that some of the rules were very strange and a member could be punished for the behavior we today consider quite normal. 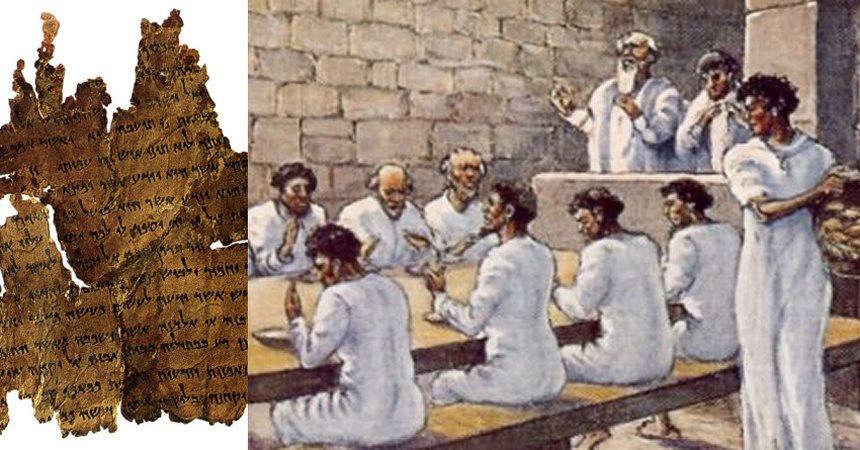 In West Jordan in 1947, near the ruins of Qumran - also known as Khirbet Qumran - clay pots filled with ancient scrolls were found stored in eleven caves, located 13 miles east of Jerusalem, Israel. These ancient manuscripts are today known as the Dead Sea scrolls.

“The texts are written using a carbon-based ink and are mostly in Hebrew, with some in Aramaic (a Semitic language, allegedly spoken by Jesus) and in Greek.

Preliminary analysis showed the texts belonged to the Essenes, members of a religious sect, or brotherhood that flourished in Palestine from about the 2nd century BC to the end of the 1st century AD.

Still not much is known about the Dead Sea Scrolls and the place where they were discovered. There are also many controversies.

One of these issues is for example, who wrote the Dead Sea Scrolls and then hid them away in the caves around Qumran. Some scholars believe that the Essenes were not responsible for the Dead Sea Scrolls at all, but the manuscripts were written by priests of Jerusalem's Second Hebrew Temple and later transported to Qumran and safely hidden from the Romans.

But also, this theory has many opponents.

Was the Vatican behind a plot to suppress the release of the scrolls to the public out of fear that they contained the dangerous material related to early Christianity?” 1

What Can We Learn From The Community Rules?

Wherever we hear loud laughter we automatically see this as a sign of happiness. Granted that laughter can occasionally be inappropriate, but it’s hardly behavior that should be punished, at least not in our modern society, but ancient people were of a different opinion.

The sect divided humanity between the righteous and the wicked and asserted that human nature and everything that happens in the world is irrevocably predestined.

“The Rule of the Community (1QS), from the Dead Sea Scrolls, sets forth the beliefs and activities of a community of pious sectaries at Qumran in the desert just before the Christian era—what Professor Frank Cross has called a sect (church) of “anticipation.”

Everything is by way of preparation “for the eternal planting of a holy temple for Israel, and the mysteries (secret ordinances) of a holy of holies for Aaron” (1QS VIII, 5–6). Preparation is the theme; hence, it is not surprising that the specific ordinances referred to are the initiatory rites.

But at the same time, the scroll makes clear the ultimate objective of its whole operation—exaltation and eternal lives for the members—while plainly indicating the general nature of the temple activities to which it looks forward with such eager anticipation. 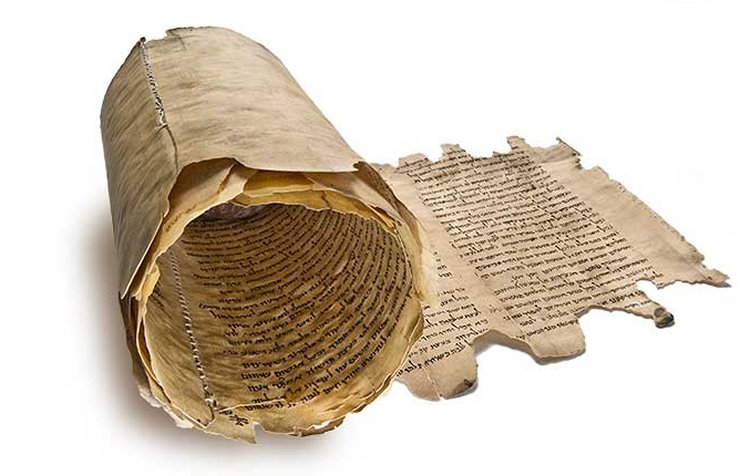 The facsimile of the Manual of Discipline. Credits: Facsimile Editions

The whole theme of religion is eternal life. But beings who would live forever must be prepared to do so—they must be perfect. Nothing but perfection will do for an order of existence that is to last forever and ever.

The striving for perfection is the theme of the Rule of the Community. The sectaries of Qumran knew that the greatest of all prizes were not to be cheaply bought, that there could be no cheating or cutting of corners; to prepare for eternity, one must be willing to go all the way.” 2

The strict rules were meant to prevent negative emotions as well as rivalry and conflicts. Some of the community rules were peculiar or almost a bit funny. For example, you could be punished for falling asleep during a meeting, laughing loud, lying, or speaking rudely.

People who were impatient or sought revenge were also regarded as unwanted members of the community.

If you broke one of the community rules, you could be prohibited from participating in the sect’s activities, like common meals and meetings. If the “crime” was considered severe enough, or someone broke the rules on a regular basis, the member could be expelled from the community.