Ellen Lloyd - AncientPages.com - In Icelandic folklore magic is a popular subject. There are many stories about people who performed extraordinary magical feats and achieved amazing things.

Records of Icelanders' magical beliefs and practices can be found in many ancient books and manuscripts that have been preserved for future generations.

One curious story reflecting a mixture of Christian and Pagan elements deals with the story about how Sæmundur Sigfússon (1056 – 1133) tricked the devil, but not just once, but three times. Each time he used a different trick making the Devil confused.

Sæmundur Sigfússon, also known as Sæmundur the Learned or Sæmundur the Wise was a priest who had attended the Black School (Svartiskóli). Whether he studied in France or somewhere in Franconia in northern Bavaria,  Germany (formerly, a separate duchy of the Holy Roman Empire) is still a subject debated by scholars.

Every student who attended the Black School was introduced to the secrets of dark arts. What exactly was taught in this mysterious school remains a subject of debate, but above the entrance to the school, it was written: "You may come in; your soul is lost."

In his book, Icelandic Magic: Practical Secrets of the Northern Grimoires, Stephen E. Flowers, director of the Woodharrow Institute for Germanic and Runic Studies writes that “there was a law in that school that anyone who came must study there for three years. All the ones who were left in any given year had to leave the place at the same time, and the devil would always keep the one who was last to leave, and so they would always draw lots to see who would be the last one out. More than once the lot fell on Sæmundur, and so he stayed there longer than the law allowed.”

Sæmundur Gets A Chance To Escape From The Black School

One day, Sæmundur ‘s life changed, and he was given a chance to leave the Black School. When Bishop Jón, who was on his way to Rome passed the Black School, he learned that Sæmundur was still trapped there. The Bishop offered Sæmundur an opportunity to escape from the school, but only under the condition that he would become a good Christian when he returned to Iceland. Eager to finally leave the place, Sæmundur accepted the terms.

Bishop Jón was clever and tried to escape unseen with Sæmundur, but the Devil was cunning and noticed the two men were up to something.

“Bishop Jón made Sæmundur walk in front of him, but he wore his cloak loosely over his shoulders, and just when Jón was about to get out, a hand came up through the floor and gripped the cloak and pulled it under, but Jón got out,” Flowers relates in his book.

The Devil (fjandinn) made a pact with Sæmundur who was told he could only leave if he managed to remain hidden for three nights. If Sæmundur failed, he was destined to remain in the Black School with the Devil forever.

Sæmundur was an intelligent person and with some help from Bishop, he figured out a way to fool the Devil. 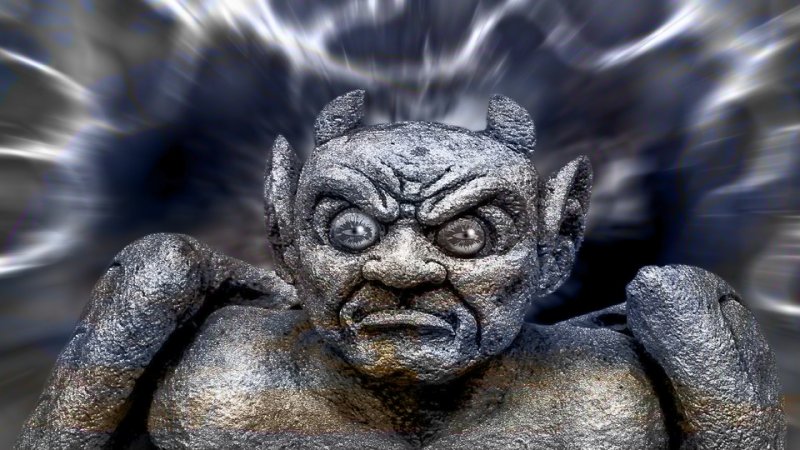 “The first night Sæmundur hid under a riverbank, both in the water and in the soil at the same time, thus the devil (Satan) thought that Sæmundur had drowned in the river; the second night he hid out at sea in a shipwreck that was drifting offshore, so the devil believed that the river must have to spit him out into the sea; the third night he had himself buried in consecrated earth, so the devil thought that Sæmundur must have been washed ashore dead and been buried in a churchyard, into which he dared not go to seek him. All this was done according to Bishop Jón’s advice.“

According to Flowers, there is also another version of the story describing how Sæmundur fled the school by tricking the Devil with a false leg.

Sæmundur was clever and he sewed a leg of mutton into his cloak. Then, he followed his fellow students' group who were rushing out through the school doors. When Sæmundur was near the exit, the Devil reached up to grab his cloak but only grabbed the leg that was sewn into the clothing. Sæmundur then dropped the cloak and ran, saying: "He grabbed, but I slipped away!"

Snorri Sturluson Was A Student At Oddi 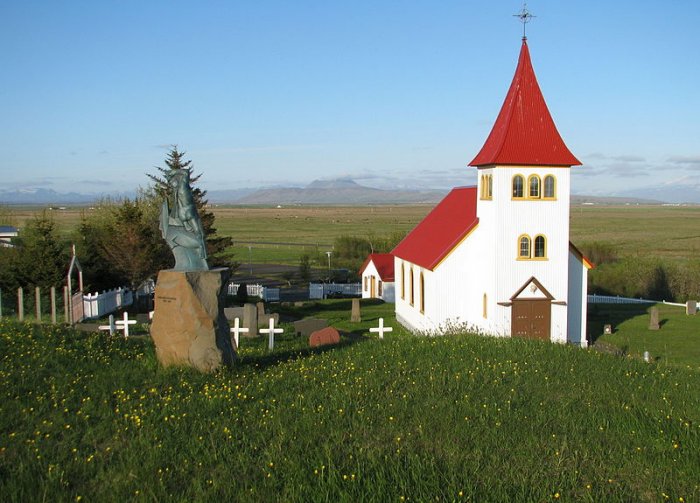 Sæmundur returned to Iceland and he founded a long-lived school at Oddi, a cultural and learning center during the Middle Ages.

In Iceland, Sæmundur the Wise was regarded as a larger than life character. His school at Oddi was attended by many prominent persons. One of them was famous historian Snorri Sturluson (1178-1241) and it has been suggested that the name of the Edda, which we always refer to when we discuss Norse mythology is derived from Oddi.