David Tee - AncientPages.com - While the story of King Menelaus is found in Greek mythology it may be based on true events. The details have merely been altered to meet the demand of the time.

Who Was King Menelaus?

Menelaus was born roughly around 1200 BC give or take a century or two. He was born to royal parents, King Atreus and his mother, Aerope, the granddaughter of King Minos. It is said that his family was cursed and that every member would suffer some calamity at some point in their lives. 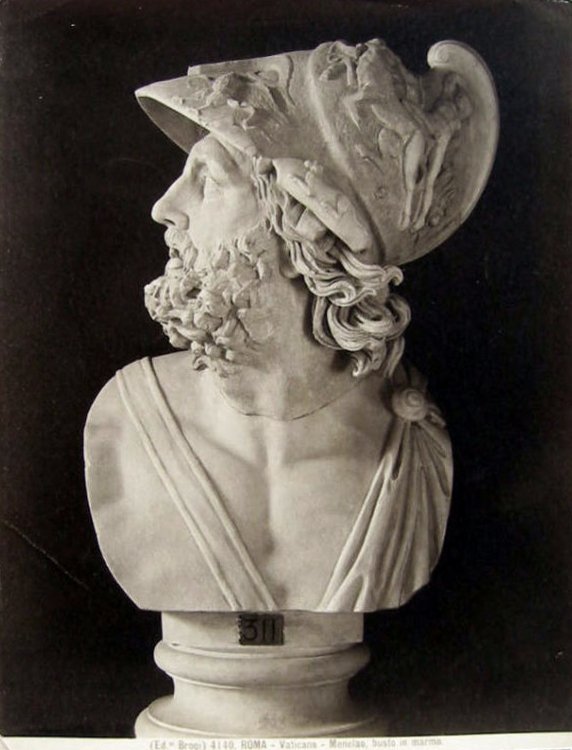 For Atreus it was his murder at the hand of his nephew. For Aerope - a daughter of Catreus, the king of Crete, the wife of Atreus, and the mother of Agamemnon and Menelaus - it was the loss of her husband and royal position. Then for Menelaus and his brother Agamemnon it was the loss of their father and exile.

The feud between Atreus and his brother Thyestes led the former to his murder by Aegisthus the son of the latter. This act allowed Thyestes to gain the throne of Mycenae. Atreus’ two sons were banished and they took refuge first with King Polypheides  (Polyphides) of Sicyon and later, Polypheides sent them for a time to King Oeneus of Calydon.

Both Menelaus and his brother Agamemnon did not rest with the results of this usurpation of their father’s throne. Once they were able, they made plans to take the throne back from their uncle and enlisted the help of the powerful Spartan king Tyndareus.

After a strong army was raised, the two brothers advanced on their uncle and made short work of his army. When Thyestes was removed from the throne, it was Agamemnon that took the throne.

There is no record of a dispute between the two brothers as to who would reign which indicates that Menelaus may have been the younger of the two and understood the rule of ascension quite well. When Agamemnon reached the throne, he took one of the daughters of Tyndareus as his wife.

Tyndareus Had A Second Daughter

Her beauty is said to be the fairest of all at that time. Even her older sister did not compare to the beauty that Helen possessed. It is not recorded when Menelaus first saw Helen, but he set his heart on marrying her.

But before he could, he had to overcome the many suitors that appeared in Tyndareus’ court when Helen became of age. The male suitors came from all over the known world in the hand of Helen and Tyndareus was placed in a difficult conflict. 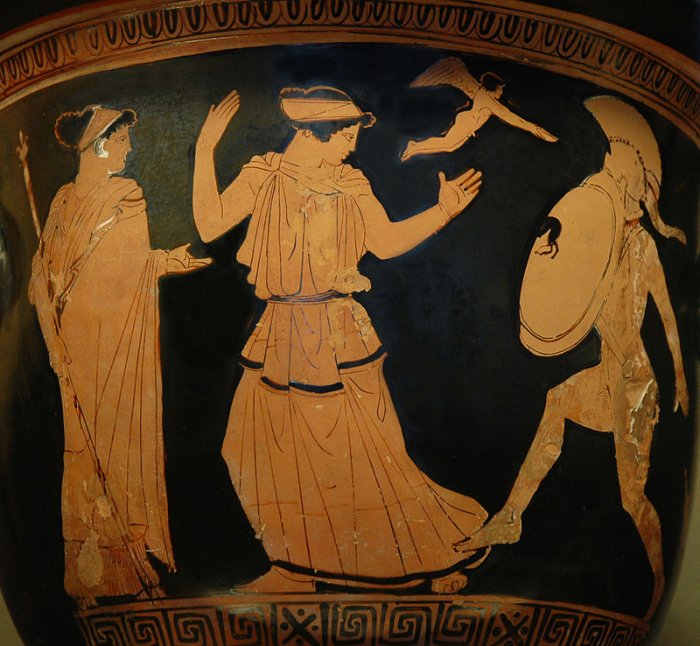 Menelaus intends to strike Helen; struck by her beauty, he drops his swords. A flying Eros and Aphrodite (on the left) watch the scene. Detail of an Attic red-figure crater, ca. 450–440 BC, found in Gnathia (now Egnazia, Italy). Credit: Public Domain

He could not select one over another as his selection would certainly cause the rivals to go to war with each other in hopes of capturing his daughter for themselves. The legend has it that the King made all the suitors swear to the Oath of Tyndareus. This oath made it clear that all the failed suitors would defend the eventual winner of Helen’s hand.

Legend also says that the suitors had to draw straws in order to find the victor fairly. Menelaus was the eventual winner of this simple contest and he got Helen as his bride.

King Menelaus' Victory Was Not Long-Lived

By this time Tyndareus’ two sons had died leaving him with no male heir. In their stead, he decided to abdicate the throne and made his new son-in-law the new King of Sparta. Menelaus seemed to have reigned well but there was a conspiracy taking place behind his back. 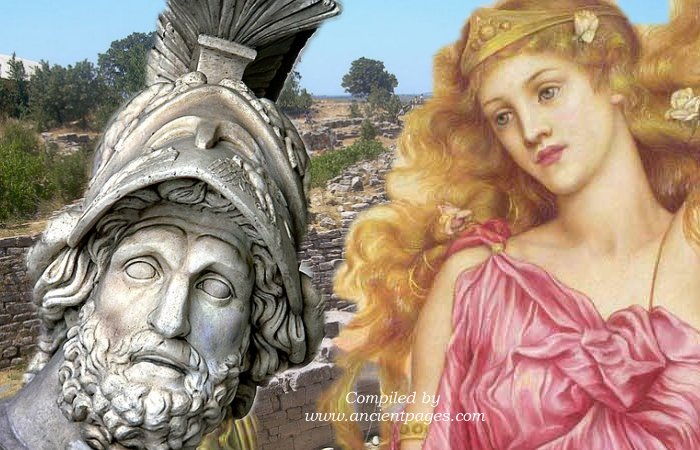 According to myth, it was the goddess Aphrodite who made a promise to Paris, the son of King Priam and Queen Hecuba of Troy, that she would bring him the most beautiful woman alive to wed. This promise led to the capture of Helen and her confinement to the city of Troy.

Paris’ actions sparked the 10-year Trojan War that was ended by the Greek gift of the Trojan Horse. Archaeology has shown that there was a city of Troy at this time and that it suffered some damage. So Menelaus and Helen may be based on a real story but not of the same magnitude as the legend.

Homer - The Odyssey of Homer