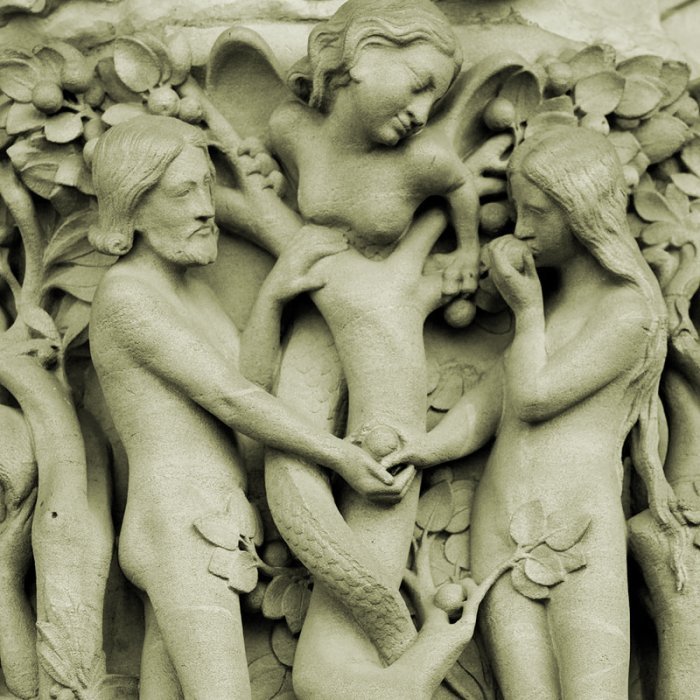 Adam, Eve and Lilith, the female serpent, in the garden of Eden, eating the forbidden fruit. The statue dated to the 13th century is located at the entrance portal of the Notre Dame cathedral in Paris.

He had created Adam himself, and he also created a woman, from the earth, and called her Lilith. Adam and Lilith began to fight immediately. She said, 'I will not lie below,' and he said, 'I will not lie beneath you, but only on top. For, you are fit only to be in the bottom position, while I am to be the superior one.' Lilith responded, 'We are equal to each other in as much as we were both created from the earth.'

When Adam demanded Lilith’s subordination, she refused and left him, (according to other versions, she was banished by the god himself). Even three angels, who searched for her, they did not manage to bring her back. Eve became Adam’s new wife when God created her from a man's rib. 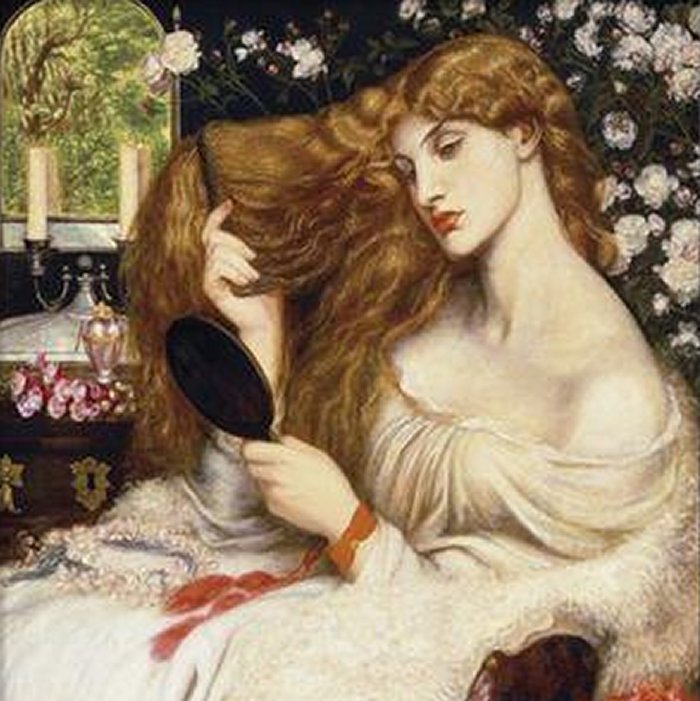 After parting with Adam, Lilith flew to the Red Sea, where she lived with demons and bred offspring with them, according to rabbinic work, “Book of Zohar”. These fantasies were apparently created by those who did not want to consider women as beings who could have their own opinions - even in sexual matters.

In the Bible, Lilith is mentioned only in the Book of Isaiah, chapter 34, verse 14:

“And there shall the beasts of the desert meet with the jackals, and the wild goat shall cry to his fellow; the Lilith also shall settle there, and find for herself a place of rest…” 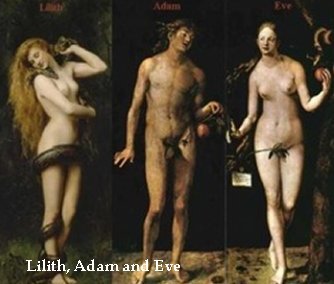 Just in case, this mysterious devil-woman was removed from the Biblical account of Eden, which the Lord God had planted in the east.

Mentioned in the “Epic of Gilgamesh” dated to c.2100 BC, Lilith was supposed to be a lunatic nightmare, luring husbands and one of the inhabitants of the divine tree growing in the orchard of the great goddess Ishtar in Uruk, Sumer.

Lilith's name has associations with a word: “lilitu” - a female demoness with wings and a hairy body, known from Babylonian-Assyrian mythology and as the male demon “lilu”, she wandered in the desert and preyed on children and pregnant women.

According to the Jewish tradition, Lilith is a female demon instead, murdering newborns. For the first time, she was mentioned in rabbinical literature in the early Middle Ages, in “The Alphabet of ben Sirach”, an anonymous medieval text inspired by the Wisdom of Sirach (from the Old Testament of Catholic Bible) and dated to about700 and 1000 CE. In this work’s fifth episode, Lilith terrifies the human population for many generations to come; she is a bad woman, destructive, she can fly and she has a great appetite for sex.

Considered a demon and banished from the Garden of Eden, Lilith sometimes managed to sneak back taking the form of the serpent, which tempted Eve to eat the apple.

Lilith is a very intriguing character and other sources describe Lilith as a beautiful, strong, independent, disobedient woman, very different from the first official wife of Adam – Eve.

E. R. Vernor - Lilith The Mother of all Dark Creatures