A. Sutherland - AncientPages.com - Vegvisir is among the oldest and sacred Norse symbols and it initially originated from Iceland, where ‘Vegur' means - road or path and ‘Vísir’ means – Guide. 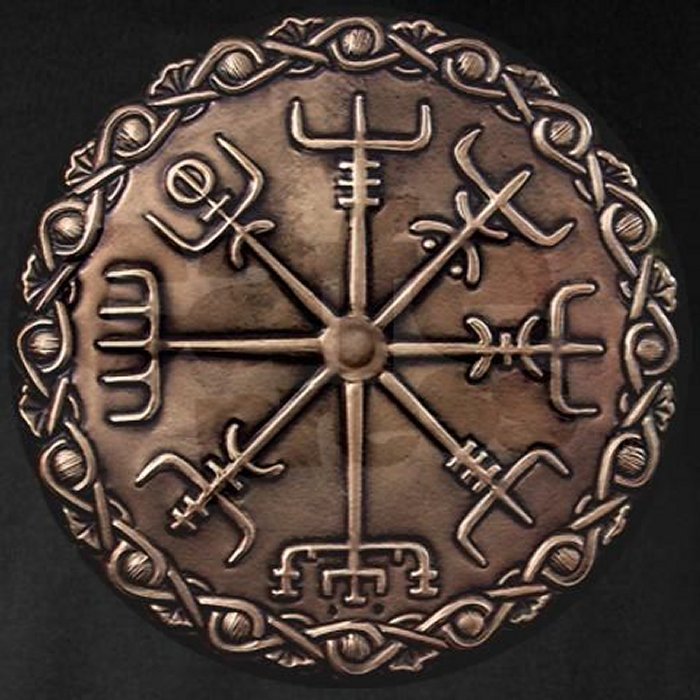 The symbol was frequently inscribed on seagoing vessels to insure their safe return home.

The device was believed to show the way back home and protect seamen and their ships from storms. The Vegvisir was like a guide helping its bearer to find his way home. Norse people believed that the Vegvisir had special powers and it was treated as a talisman for luck, protection, and blessings. This powerful symbol could help a person to find the right way in storms or bad weather whatever unfamiliar surroundings he or she may encounter.

It has also long played an important role among people who believe in magic powers, such as Norse Shamans. As a spiritual compass, this magical device guides your heart and steps to make the right choices in life. If you have lost yourself and your faith, this sacred symbol helps you find confidence again.

‘Saga of Hrana hrings’ (Hrana Saga Circle), which is one of the Sagas of Icelanders, existing only in manuscripts dated back to 1887-1888, mentions the Vegvisir: “…the weather was cloudy and stormy ….the king looked around and did not see the blue sky… then the king took the vegvisir in his hands and saw where [the sun] appeared on the stone…. " 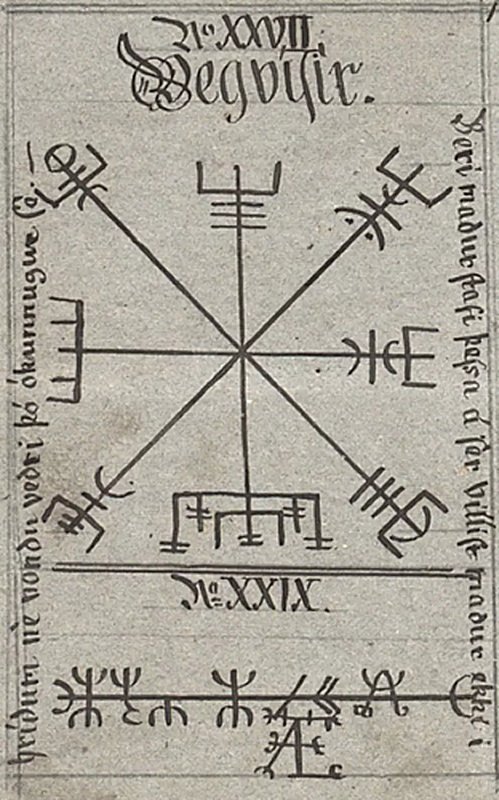 Vegvisir from Geir Vigfússon's work - Huld Manuscript. It was a kind of runic compass with rune script used by ancient Icelandic Vikings.

The symbol appears in an Icelandic book of magic, or grimoire known by Galdrabók, published around 1600 AD. Also, in 1860, in the ‘Huld Manuscript’, Geir Vigfusson mentions the Vegvisir. Vigfusson collected and categorized various Icelandic folk symbols using some much older material. A leaf of the manuscript provides an image of the vegvísir, gives its name, and, in prose, declares that "if this sign is carried, one will never lose one's way in storms or bad weather, even when the way is not known…"

A Völva in Norse mythology predicted the future. Read more

Viking and Norse symbols represented gods, beliefs, and myths. Some Viking symbols remain mysterious and their meaning is still unknown, but there are also many ancient symbols that have clear messages.

Norse shamans such as the powerful, mighty Völva who even Norse gods feared, depended on her magical the magical staff to foretell the future. The usage of symbols for communication or divination played an important role among Norse Shamans. 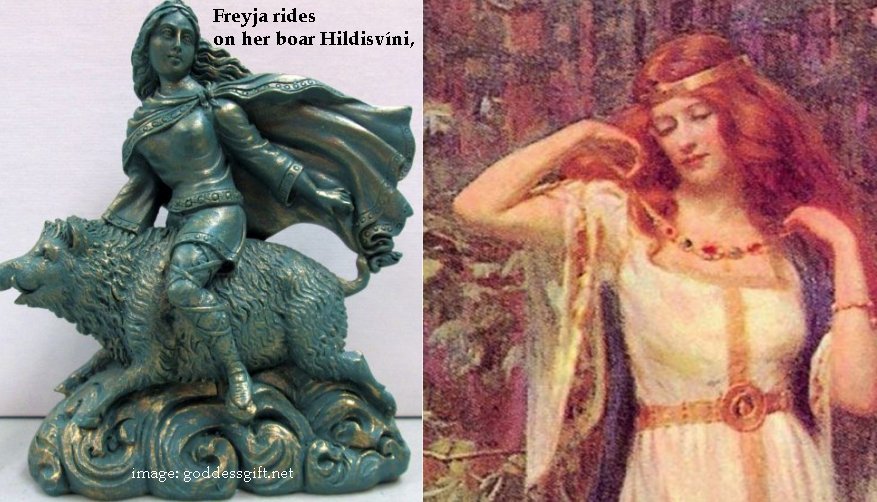 Did you know that the Norse Goddess Freya was the most prominent völva? Learn more

Some suggest that the Vegvisir was created by the Ásatrú, people who believe in ancient Germanic spirits and Gods, but this statement is false. Ásatrú is a New Age movement and the Vegvisir is a very old symbol that was used in ancient times.

The true power of the Vegvisir is hidden in each of its 8 staves that offer a different kind of protection against many kinds of obstacles that might cause one to lose one’s way.

The Vegvisir remains a unique, mysterious Norse symbol of unknown age. It’s a powerful ancestral spiritual symbol that survived to this day. Tattoos and amulets made in the image of a Vegvisir are common in modern days.