A. Sutherland - AncientPages.com - Different people have different religions. Each religion has its own symbols and characteristic signs.

Just as the symbol of Christianity has become the cross, known in several variants, and before it was a fish sign, so is the ankh a symbol of the ancient religion of Egypt. 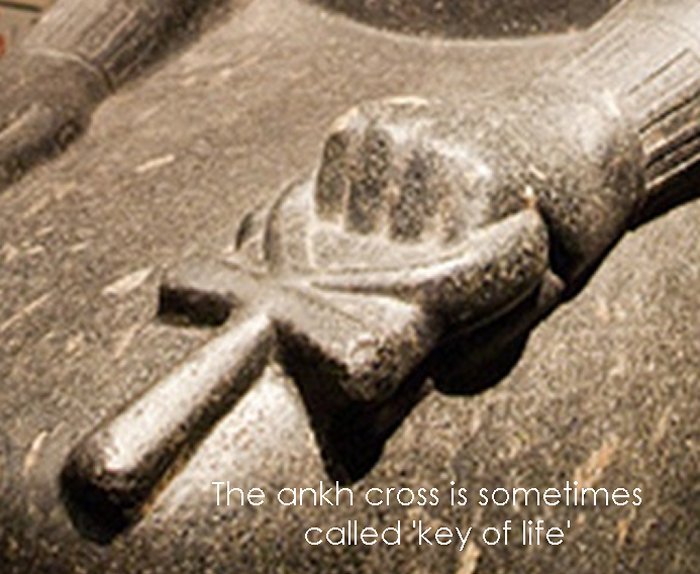 Many Interpretations Of The Ankh

Some interpret this symbol according to its two parts – the oval shape symbolizes the eternity of living deities, and the cross that comes out of it is continuation and extension.

In Egyptian hieroglyphs since the Old Kingdom period, the ankh symbolized life but not the ‘life’ (this normal, ordinary life) that we think of. The ancient Egyptians associated the ankh with the spiritual life of the soul that most of us do not even think about in our daily existence.

But the ankh is also the subject of other interpretations. It combines the two forces of life - the male and female symbols of Osiris and Isis.

It is the union between heaven and earth, and the unification between the feminine and masculine principle. 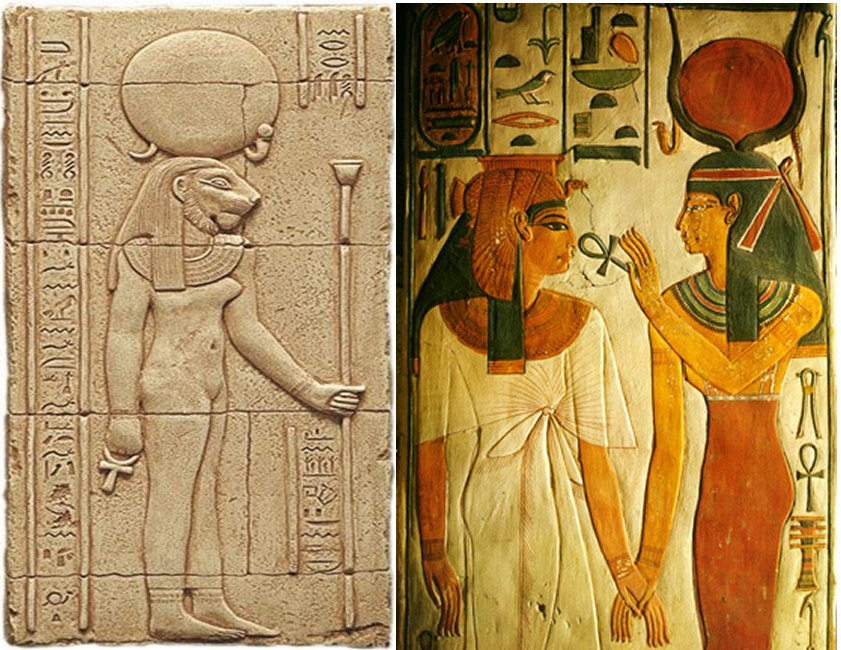 Left: Sekhmet, represented as a woman with lion's head and holding the ankh. Right: Isis with the ankh, as depicted on the tomb walls of Neferteri (late 18th Dynasty)

It was also a symbol of fertility as the sign’s loop was associated with a woman's womb. Later, the ankh has been given a magical meaning as it was believed it possessed mystic vital force.

Mystics and enthusiasts of secret knowledge in the 19th century and even the 20th century’s New Age movements have considered the ankh as a powerful symbol of prosperity, health, good fortune and protection against defeat, fall, and total destruction.

Ankh Was Associated With Many Egyptian Deities

There are many depictions of Egyptian deities holding the ankh. Maat, the goddess of truth, is holding an ankh in her hand; however, the goddess Isis is most often seen holding it. Also, Atum, the god of the sun from Heliopolis and Sekhmet, a warrior goddess as well as goddess of healing, were often depicted with the ankh. 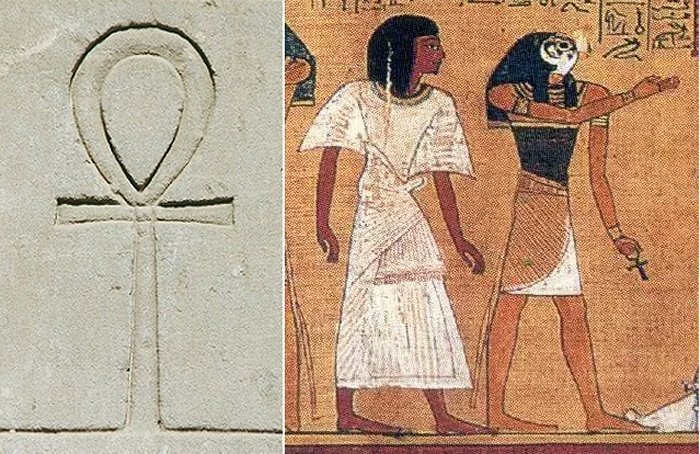 There are also representations of the pharaoh who stands between the gods and holds the ankh on his palm. In this case, the sign emphasizes the pharaoh’s divine nature.

In Egyptian tomb paintings and other art, the ankh appears frequently. As a symbol of imperishable vital force, the ankh was painted on the walls of the temples, stelae, and in friezes of objects, especially near the feet, to provide divine protection to the dead.

It often appears at the fingertips of a god or goddess in images that represent the deities of the afterlife conferring the gift of life on the dead person's mummy.

Numerous depictions show a symbolic combination of water and air in scenes when a god that holds the ankh before the king’s nose, giving him the ‘breath of life’, or when stream of water forming the ankh, runs over the king during ceremonial purification.

The ankh is also known as the Egyptian Cross or crux ansata, which in Latin means "cross with a handle". 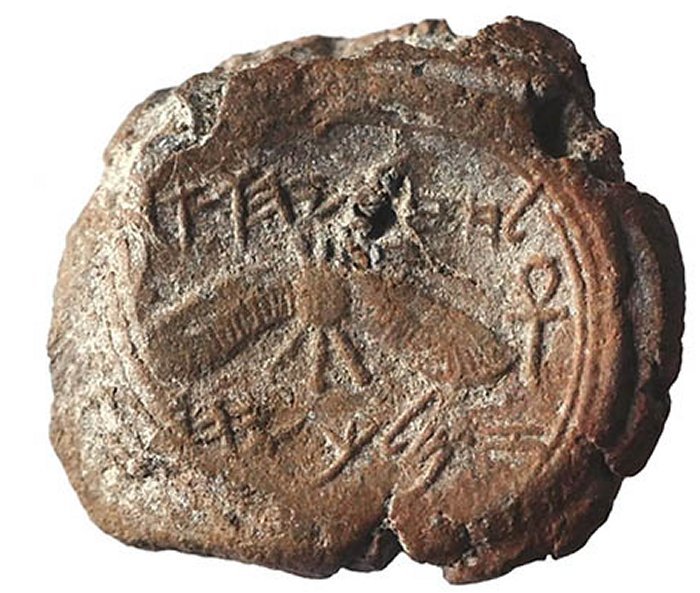 When Christianity came to Egypt, the ancient Egyptian symbol of ankh was taken over by the fourth-century Coptic Christians and their church adopted the ankh as its unique form of the Christian cross because of its cruciform shape.

Interestingly, the ankh symbolizing life and accompanied by a two-winged sun and wings turned downward, was found depicted on an impression of the royal seal of King Hezekiah (727–698 BC).

The artifact was unearthed during the Ophel excavations at the foot of the Temple Mount, in 2015.

Ankh Is A Good Amulet – But Not For Everyone

The ankh is a suitable amulet for those who wish to demonstrate their spiritual rather than religious beliefs.

Otherwise, the ankh is the attribute of the god Amun ('the hidden one'), King of the Gods, one of the most powerful gods in Egypt. It was frequently carried by Egyptians as an amulet, sometimes accompanied by two other, hieroglyphs symbolizing ‘strength’ and ‘health. Ancient Egyptian mirrors were often shaped as the ankh.

This universal symbol has accompanied and influenced humanity in all ages, and it still continues to influence modern people.

The ankh is one of many important ancient Egyptian symbols.