A. Sutherland  - AncientPages.com - The Vikings lived in large families that included parents, children, and grandparents. When the eldest son took over the estate, he became head of his family and from now on he had responsibility for the welfare of all.

He must provide the family with food and his wife, who was in charge of the house had to make butter and cheese, dry and smoke fish, and prepare food storage that would be enough for everyone during the long dark winter. 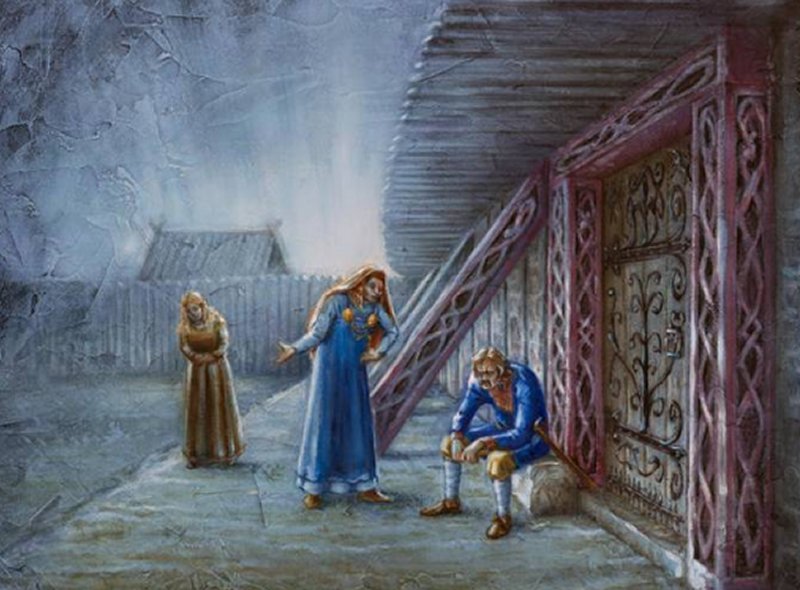 Additionally, she was also expected to have knowledge of herbs to prepare medicine for the sick and wounded.

Also, the responsibility for pets and farm animals rested on her and when the man went on trade trips, hunted, or walked in the Viking (meant to disappear away for a long period), it was his wife who was responsible for almost everything at home and managed the whole farm. The women were praised for their extraordinary home-running skills and artistic abilities. They were the ones who took care of all the farm and possessions.

In wealthy families, a woman had servants to help her, so it was much easier.

Time To Get Married

There is not much knowledge about the Viking wedding ritual itself, but certain indications from myths and traditions that followed from the Viking Age shed some light on the subject. Usually, the wedding was a party with relatives and friends that lasted for several days.

Viking boys and girls got married very early. Girls were usually married when they were between 12 and 15 years old and were then expected to manage a household, which certainly wasn’t always very easy. Hopefully, they could get some help from the adult women in the family. 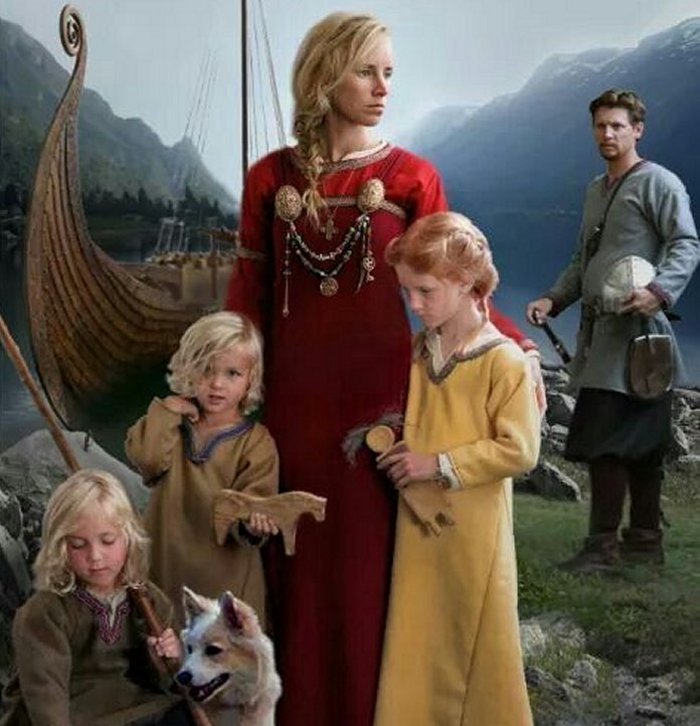 After all, these Viking girls were still children, but they learned from their mothers and grandmothers how to keep run the household properly, to cook, clean, prepare meals, make yarn and weave and sew. Girls were also taught farm work and tending animals as it was their duty to run a farm when the men were away.

The marriage, which was planned by the relatives, was seen as a covenant for happening assistance and protection. The law did not require the consent of the woman at marriage and the girl herself had not much to say in the matter.

However, according to ancient oral tradition, it was common for fathers to discuss the subject with their daughters.

The Woman’s Dowry Was Her Personal Property

The bride brought cloth of linen and wool, a loom, and a bed as part of her dowry. The women from richer families were also able to bring with them jewelry made of silver and gold, pets, and even farms as part of the dowry.

Everything she brought into the marriage continued to be her personal property and was later passed on as a mother’s inheritance to her child.

According to Viking tradition, a woman continued throughout her life to be part of her own family and thus never completely became part of her husband's family.

If a husband treated his woman or the children badly, was too lazy to be able to provide for them, or offended her family, she could divorce him. Women could ask for a divorce at the ‘Thing’ (tinget), although this did not happen very often. However, Viking women had always had the right to divorce if they wanted to.

To carry out the divorce, the woman just needed to summon a few people who could be witnesses. At first, they gathered at the front door of the house, then, at the couple's bed, and then, she declared herself divorced from her husband. If a woman left her husband without a valid reason, the husband was allowed to keep her property.

Children Were Protected By The Law

Toddlers and young children automatically stayed with the mother in the event of a divorce.  Older children, on the other hand, were usually divided between parents according to the wealth and status of each Viking family.

In the Viking family, children were protected by the law, which gave them the right to obtain their inheritance even after a divorce of their parents.

Not All Vikings Were Wealthy

In the smaller farms, the division between the work of women and men was not so clearly seen. Such a married couple had no servants, and therefore, all members of the family must do their best for the survival of their family, in the cold climate of Nordic countries.