Ellen Lloyd - AncientPages.com - You’re driving. It’s late and dark. The road is desolated, and you are eager to get home, but suddenly you see a strange, bright flickering light in front of you. What is it? Where did it come from? That’s a question many have tried to answer when investigating the mysterious Hornet Spook Light in Missouri.

Today Hornet in Missouri is a ghost town, but a mysterious light is still visible in the surrounding region. 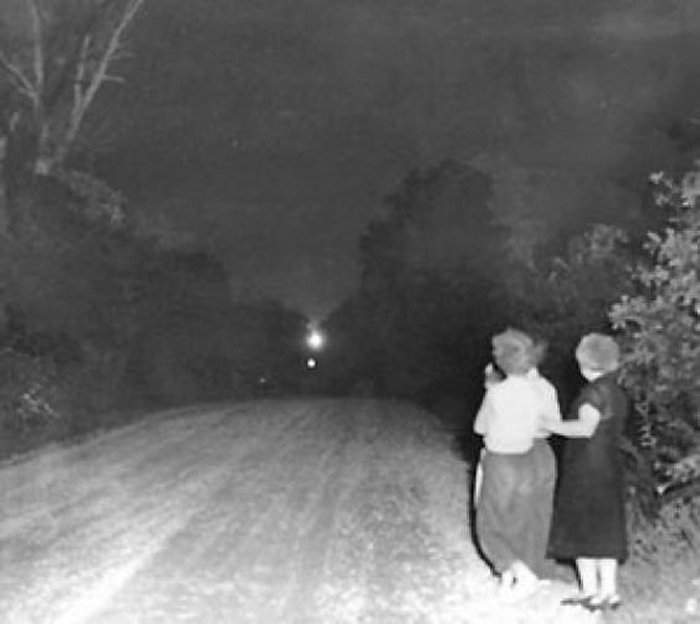 This perplexing light is often referred to as the Joplin Spook Light or the Tri-State Spook Light. It’s mostly visible in a small area known locally as the "Devil's Promenade" on the border between southwestern Missouri and northeastern Oklahoma west of the small town of Hornet, Missouri.

Legend tells the first time the Hornet Spook Light was first sighted was as far back as the 1830s. The enigmatic light is shrouded in myths and mystery, but many think there is a natural explanation behind this curious light phenomena.

Native Americans say the strange light has always been there. It was there long before the arrival of the first white settlers. Some of these newcomers found the light so frightening that they moved away. Other Native American legends tell these are the spirits of a young Quapaw Indian couple. The young woman and man were not allowed to marry and so they both committed suicide by leaping into the Spring River. Some also say the light is the spirit of a miner searching for his children who were kidnapped by Indians. 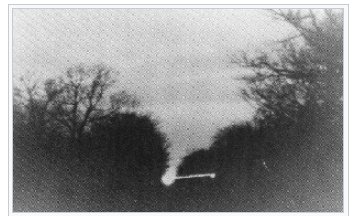 Image of the Hornet Spook Light taken by photographers in the early 1900s. Credit: Public Domain

The first official report of the Hornet Spook Light appeared in 1881 in a publication titled Ozark Spooklight by Foster Young, but Native Americans have stories that go further back in time. Many will argue that the first encounters with the light date back to the Trail of Tears in the 1830s when the Cherokee nation was forced to give up its lands east of the Mississippi River and to migrate to an area in present-day Oklahoma.

The Hornet Spook Light was mostly unknown to outsiders until the end of World War II, but locals have always been aware of this mysterious enigma.

One farmer recalled that one night the light was so bright that he didn’t need his lantern to milk one night. Another witness told his grandson the light he observed in 1910 one dark night was extremely bright. “I could count the buttons on your granny's dress,” he remembered.

The light is described as an orange ball that varies in size. The orange orb dances across the skies. Some witnesses say the orb has a greenish glow. Others say they have seen how this curious ball change color from blue to red. Whatever it is, it moves at high speeds up and down. Sometimes it sways from side to side before mysteriously vanishing as if it has never been there. 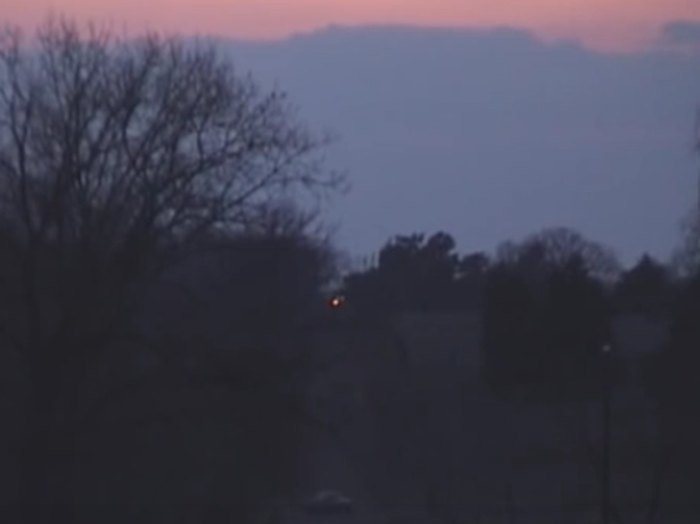 The size, color and movements of the lights change. Credit: YouTube/ Dr. Howitzer

According to locals the best time to watch the mysterious orange orb is between the hours of 10:00 p.m. and midnight. If you park and sit very still and silently on Oklahoma East 50 Road, four miles south of the three-state junction of Kansas, Missouri and Oklahoma in Ottawa County, Oklahoma and looking to the west, there is a good chance you can see the mysterious Hornet Spook Light.

Many people have tried, but nobody can tell for certain what causes the earth lights along the Missouri/Oklahoma border.  There are naturally several theories.

Ball lightning, foxfire, swamp gas, seismic luminosity, highway billboards, or reflections from automobile headlights have all been suggested as the source of this anomalous light phenomena.

When locals heard it was suggested that the lights were coming from Route 66, some ten miles away, they laughed because the light has been observed long before the invention of cars.

It’s true that nature often offers us specular light shows we can admire. “You might have seen a beautiful green glow from the woods in the night. It is an awesome and rare sight and it is nothing to be afraid of.

The phenomenon is known as foxfire and it is a soft glow or light coming from the leaf-covered ground or dead wood.

It is often called “will-o’-the-wisp” or “faerie fire.”

Foxfire is not a new phenomenon. These unusual and eerie green lights have been observed by ancient people for a very long time.” 1

If you study the foxfire phenomenon and compare the light display with the Hornet Spook light, you’ll soon see these do not resemble each other very much.

Can certain earth changes be causing the Hornet Light to suddenly appear?

The light has been visible in modern times. Credit: YouTube/ Dr. Howitzer

During a big earthquake, discharges of seismic luminosity can look a lot like lightning. Sometimes witnesses have described a “ball lightning” effect, and stranger illuminations, large and small, too. The ground in the vicinity where people see the earth lights near Hornet contains lead and zinc ores, like much of the wider region, which was originally settled by miners.

It is also a region of minor seismic activity, much of it too slight to detect without scientific instruments. The area also borders a region, particularly to the west, which is rich with coal and oil deposits. Lead and zinc ores are frequently mentioned among those that can generate seismoluminous effects.

Perhaps these alone or in the presence of the right mix of oil shale or coal ore, might do what it takes when it shakes.” 2

Nothing can be said with certainty, except that the Hornet Spook Light is real and has been visible for a very long time.

Young, Josh. Myths and Mysteries of Missouri: True Stories of the Unsolved and Unexplained