Ellen Lloyd - AncientPages.com - Those who are not familiar with Japanese folklore have probably never heard about Amabie, but this little creature reminds us of the difficulties we must endure because of the coronavirus outbreak.

In Japanese mythology we encounter various types of Yokai, and one of them is known as Amabie. A Yokai is basically supernatural beings that dwell in the borderlands and in spaces, which are located “in-between”. 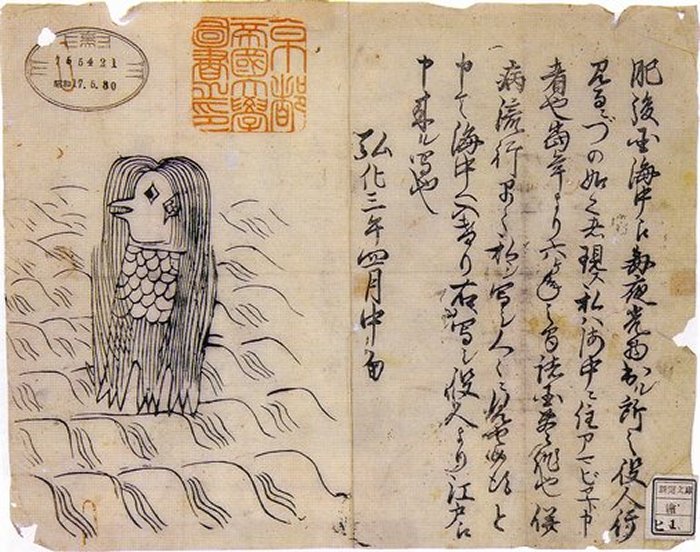 “Yokai begin where language ends. Mysterious sounds. Lights flitting through the graveyard. A flood that destroys one village and leaves another unscathed. A feeling that something is watching you in the darkness. How do we speak of things that are ungraspable, anomalous? What words can we use to signify things that evade established categories and seemingly refuse to conform to the laws of nature?

In Japan, as elsewhere, inexplicable occurrences and supernatural creatures have been part of the cultural imagination for as long as history has been recorded.

Broadly speaking, these diverse mysterious phenomena and weird “things” have come to be called yokai. In a sense, yokai is nothing more than a convenient label to indicate a whole range of otherwise ineffable experiences that might, in English, be translated with the words spirits, goblins, phantoms, specters, sprites, shape-shifters, demons, fantastic beings, numinous occurrences, the supernatural, and perhaps most commonly today, monsters.

This wide variety of possible translations speaks to the open-endedness of the word and hints at the many different ideas and nuances associated with it,” Michael Dylan Foster writes in his book The Book of Yokai: Mysterious Creatures of Japanese Folklore.

Amabie is a Japanese mermaid-like creature with long hair, a beak, and 3 legs.

According to an Edo-period tile block print dated 1846, Amabie appeared off the coast of Kumamoto, Japan. Amabie predicted a bountiful harvest for the next six years, but that’s not all.

This mythical Yokai came to humans with a message, giving people advice in case of an epidemic.

Amabie said - “Good harvest will continue for six years from the current year if disease spreads, show a picture of me to those who fall ill and they will be cured.” Afterward, Amabie returned to the sea, but the memory of the enigmatic creature has been kept alive. 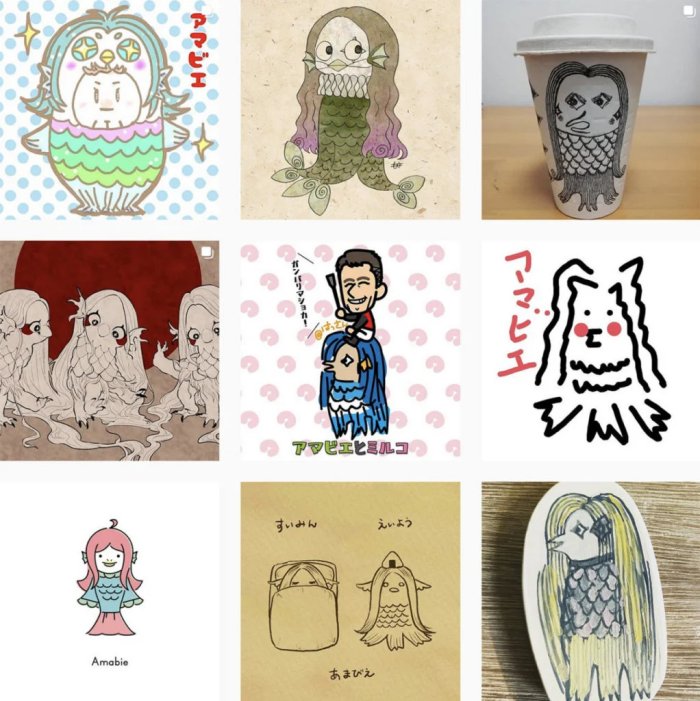 via This is Colossal

Currently many are sharing drawings of Amabie on social media in hopes of repelling disease.

Since Yokai are believed to be creatures with supernatural powers, many artists in Japan and other countries are now turning to this protective ancient spirit that is said to ward off epidemics. By drawing images of Amabie, people are showing support against the coronavirus.

In accounts of Amabie, it is sometimes said that the image itself can ward off the epidemic,” Jack Stoneman, a Professor of Asian and Near Eastern Languages at Brigham Young University said.

“This is not unusual in Japanese cultural history—images as talismans.” 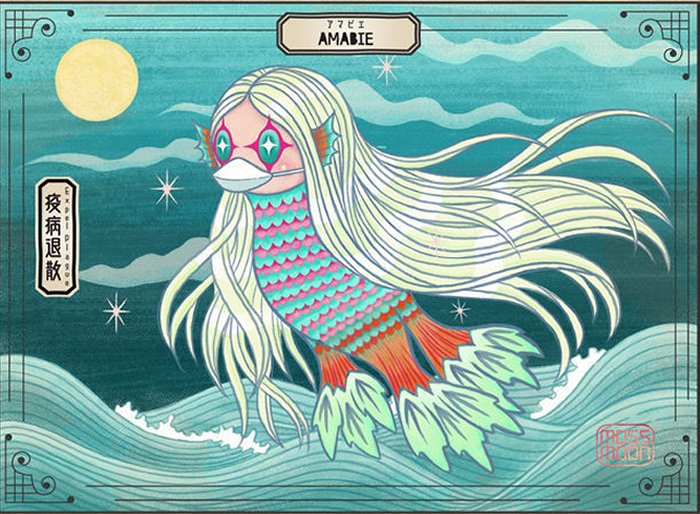 The fact that we can find images of Amabie on social media shouldn’t be interpreted as a religious call for help. As the coronavirus pandemic continues to take its toll, Amabie is here to show us that we are not alone. These wonderful images created by artists all over the world show solidarity. In times like these, it’s more important than ever to stand united.

Drawing an image of Amabie will not help us overcome the coronavirus outbreak, but it may give us some comfort and inner peace.