Ellen Lloyd – AncientPages.com -  Most are familiar with famous Norse gods such as Odin, Thor, Bragi, Tyr, and Frey, to mention a few.

Vikings gained strength from their gods and goddess, and the Norse pantheon consisted of several deities that played an important role in Norse society. 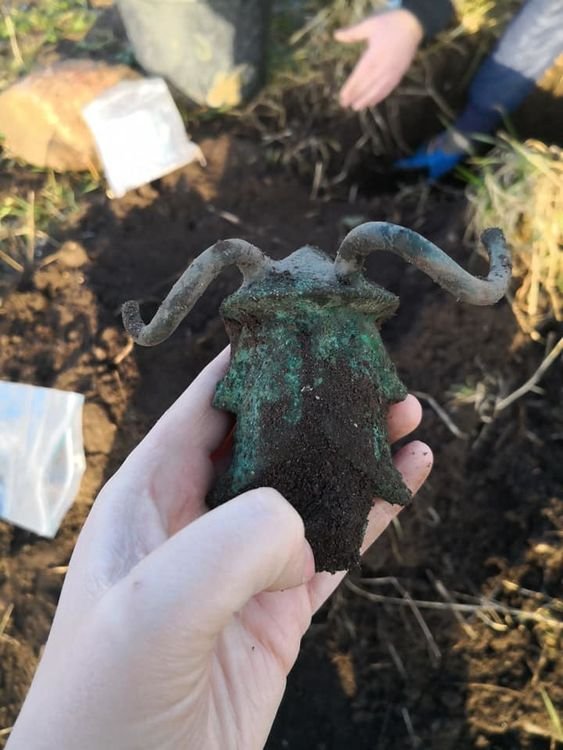 An exciting discovery of a 3,000-year-old double-headed figurine may offer evidence of an unknown Norse God. Could this small yet significant ancient artifact open a new chapter in Norse mythology and ancient history? Have we overlooked an ancient god, or is this a depiction of the Roman God Janus, who was worshipped in ancient Scandinavia? 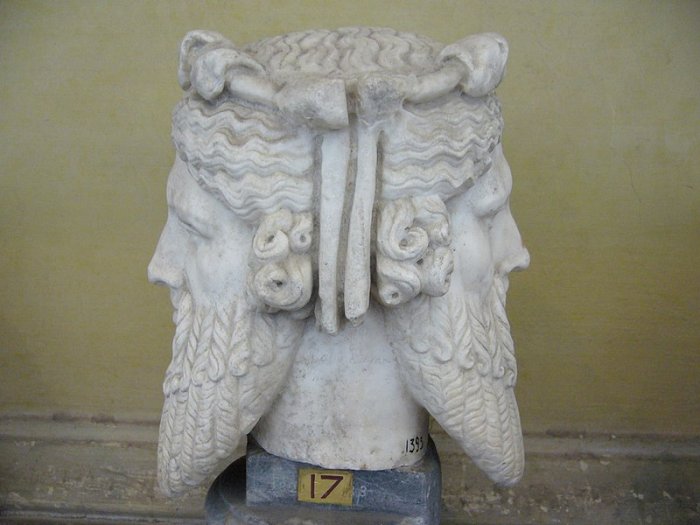 "Two-faced deities were worshipped in many different cultures. The Roman god Janus was the 'god of gods', who appeared first on the most ancient lists of Roman gods. He protected doors, gates, passages, beginnings, and endings." 1

It may be challenging to determine who this ancient being was, but it's a unique artifact, and the figurine was unearthed under somewhat different circumstances.

Using his metal detector, Jensen heard a sound indicating something of value was in the vicinity. He checked and noticed a large concentration of metal in the ground. Jensen removed the soil, and to his surprise, he could see this the object he had stumbled upon was not a part of a WWII plane but something extraordinary.

Archaeologists from the Museum of Thy hurried to the site, and everyone was delighted to see that Jensen had accidentally unearthed a precious ancient object of great historical value.

This valuable artifact was a figure with two heads. sculptArchaeologists who examined the 3,000-year-old object explain the artifact had religious significance to our ancestors. The ancient sculpture depicting an unknown god was created to fit the staff. The figure is fascinating because the identical heads have helmets with horns. Despite many misconceptions it's known today that Vikings did not wear horned helmets.

On the other hand, the mysterious Bronze Age Viksö helmets discovered in southern Scandinavia do have horns. 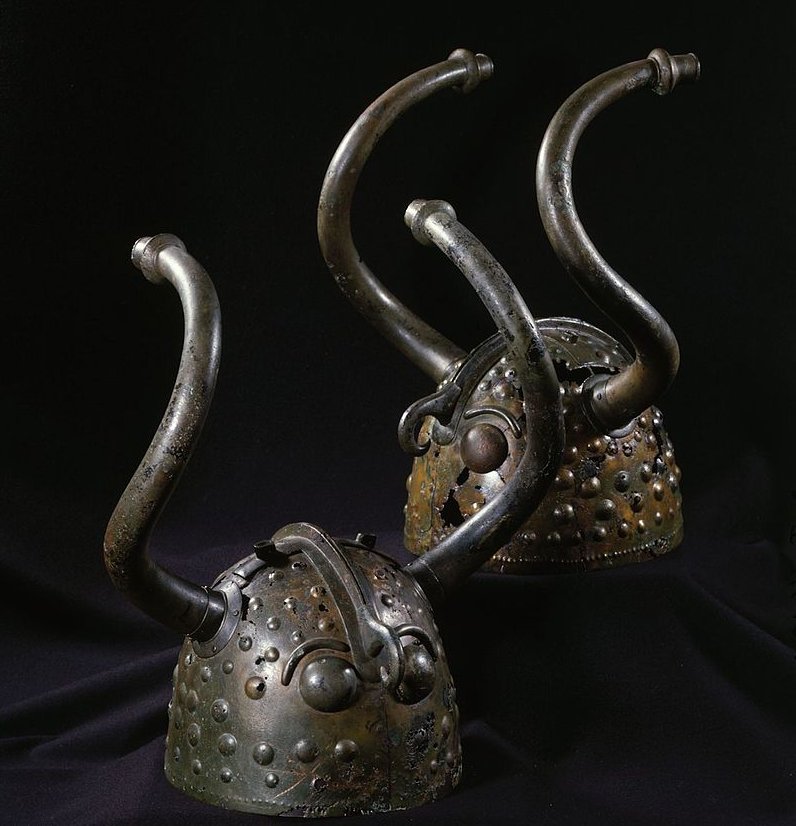 Due to their impractical size and shape, these ancient helmets were not used for war or fighting. Instead, the Viksö helmets were deliberately created for various religious ritual purposes. The elaborate carvings on the helmets have symbolic meaning, and the objects are rich in religious meaning and most likely related to myths about holy animals and divine power.

Ancient Pages has previously presented several truly bizarre and fearsome ancient helmets, but the Viksö helmets differ a lot and were not designed to scare any enemy.

Some of them are equipped with eyes and a hooked beak. The hooked beak of a bird of prey and the large, round eyes perhaps indicate that it is an owl.

The helmets have manes like horses and the horns on the helmets relate to the ox." 2 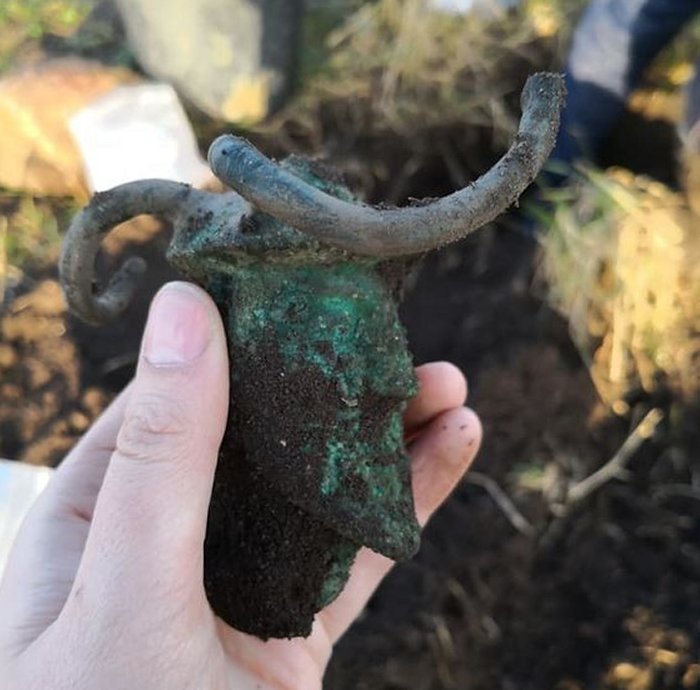 Who was the ancient Kallerup deity? Credit: Kirstine Krath Nielsen / Museum Thy

The double-headed figurine discovered in Kallerup has a goat's beard and may somehow be related to the worship of an unknown animal god. This is naturally all speculation, but there are some interesting similarities worthy of further consideration.

Furthermore, the depictions of symbols such as the spiral and serpents found on the ancient staff also lend credibility to the theory this was an ancient ceremonial object. The spiral and serpent played a very important role in the lives of ancient people and reflected peoples' most sacred beliefs, their relation to the Universe, worshipped gods, connection to family, animals, and nature. 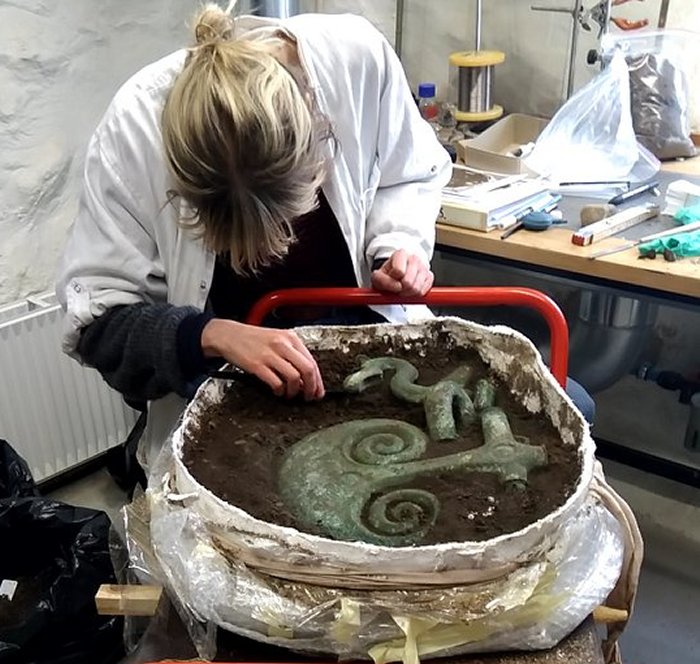 Next to the enigmatic double-head figurine, archaeologists also discovered a ceremonial ax with a diameter of approximately 30 cm. The ax is large that it could only have been used exclusively for religious ceremonies. Archaeologists believe that the double symbolism is somehow related to the ax. Was the ax a sacrificial object offered to this unknown, two-headed god?