Jan Bartek – AncientPages.com - Sometimes, we come across people who live in places where they don’t seem to belong. In many parts of the world, small groups of people differ a lot from the rest of the local population. They are different in appearance; they speak a strange language and follow unknown traditions and customs.

Who are these people? Where did they come from? These are questions scientists have tried to answer, but it’s not always possible to shed light on the ancestry of minorities. 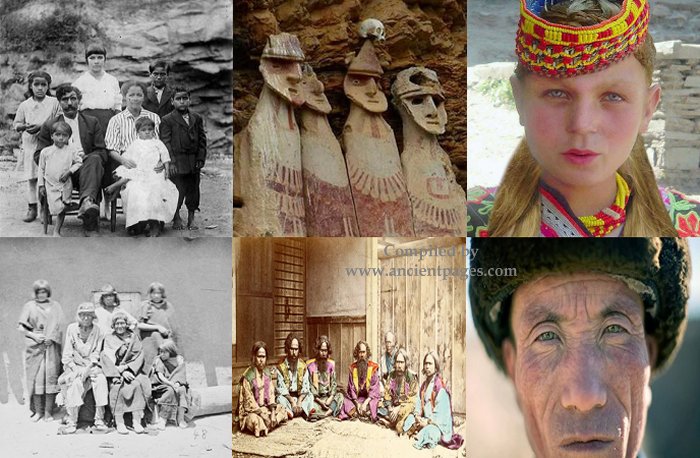 Several unusual tribes have caught scientists’ interests, and attempts to unravel where these people originally came from have been made, but DNA studies have left us with many unanswered questions. Historians do have theories, but in most cases, more evidence is required to determine why these people ended up in certain countries. Did they migrate in ancient times? Why is their DNA so different from locals?

1. Who Are The Mysterious Melungeons?

The Melungeons have long claimed their ancestors were the Portuguese who came to the New World. Sometimes called the “Lost Tribe of Appalachia, the Melungeons occupy portions of East Tennessee, Southwest Virginia, and eastern Kentucky. It is uncertain how small the population is, but there are only about 200 people who can call themselves Melungeons. The ancestry and identity of the dark-skinned Melungeons who live in isolation have been a highly controversial subject. Scientists have assumed the Melungeons are thought to be of mixed European, African, and Native American ancestry.

The Melungeons do have complicated roots, and their history became even more complex in 2012 when a DNA study revealed their direct lineage is more African than anything else. 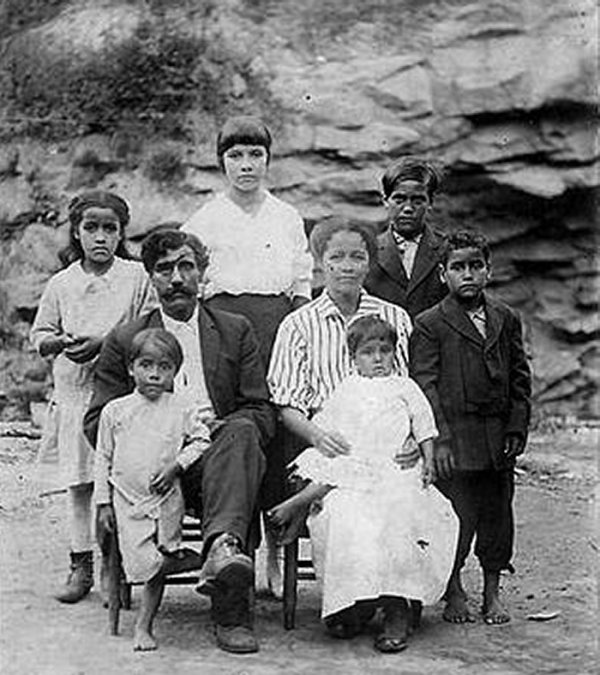 Historians cannot figure out why the Melungeons think they are related to the Portuguese. Some scientists speculated that maybe Melungeons originally invented the story to avoid persecution. Were the Melungeons ashamed of having African ancestors who came to America as slaves, or is there another reason why so many really believed they descended from Portuguese sailors? One can only wonder about their motives and decision hiding their true origins, but it seems future generations had no clue their ancestors originated from Africa.

It’s still strange. The DNA clearly points to African roots, but many feel the Melungeons must somehow be related to Native Americans. Maybe this entire story isn’t yet properly solved.

2. Did The Zuni Indians Travel From Japan To America?

The Zuni Indians are unlike any other Native American tribe. Their language is very unique and doesn’t resemble anything that comes even close to Native American languages. Researchers think the Zuni Indians are different because their tribe has always lived in isolation, but Professor Nancy Davis has another theory. Davis, who studies the language, customs, and traditions of the Zuni, says their ancestors are Buddhist monks who sailed from Japan to the New World around the year 1350. 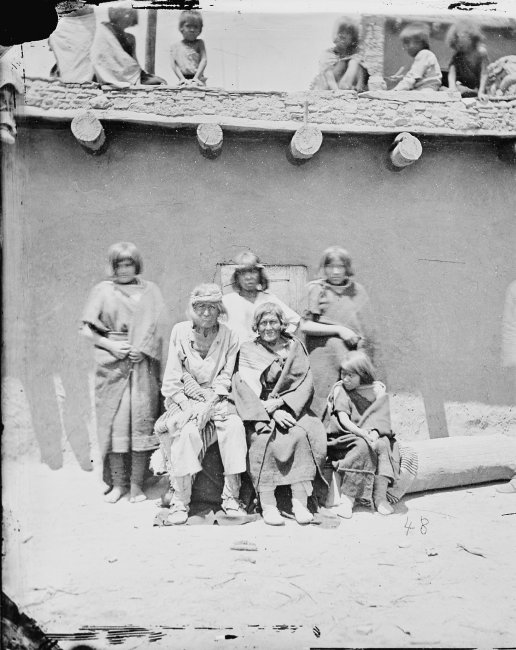 The monks were searching for the center of the Universe and ended up in New Mexico. Professor Davis thinks this explains why the language, religion, traditions, and blood group resemble the Japanese. Archaeological evidence could confirm this theory. Unfortunately, scientists haven’t been unable to find physical evidence that links the Zuni Indians with the Japanese, but it’s an interesting assumption. Read more about the Zuni Indian’s connection with Japan - here

3. Who Were The White Chachapoya People In Peru?

The mysterious Chachapoyas culture, also known as the Cloud People, left many sarcophagi in their land in the Amazon region of Peru. It was a fascinating ancient culture, but there is little hope we can learn more about them. They were tall, white-skinned Indians who lived in Peru when the Spaniards came to colonize the land. Scientists say disease wiped out the Chachapoyas and today they are all gone. Without DNA samples, it’s impossible to determine who these people were. 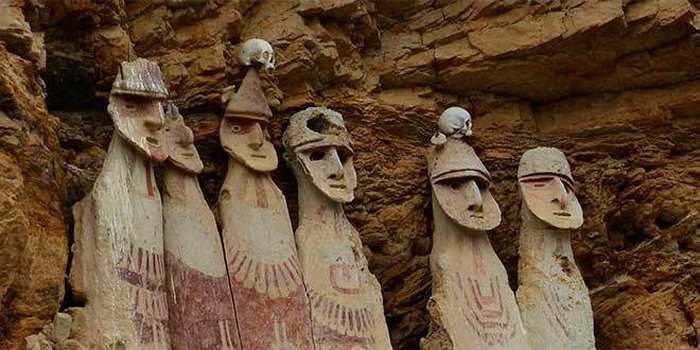 Knowledge regarding these people, also known as the “Warriors of the Clouds” or the “Cloud People,” which in Quechua means Chachapoyas, is mainly based on Inca oral histories, written down only decades later after the Spanish conquest.

These sources say the Chachapoyas were forcibly resettled out of and dispersed across the Inca Empire.

However, scientists used genetic evidence to reveal that despite the Inca conquest, the Chachapoyas remained genetically distinct, and not assimilated by the Inca Empire during the expansion into this area hundreds of years ago.

Archaeologists have found cave paintings of large ships leading to the belief that these engravings should be treated as evidence the Chachapoyas reached the New World sailing from Europe. Another possibility is that white Indians witnessed the arrival of large Portuguese ships and foreigners who conquered their land. Who the Chachapoyas were, is still an unsolved ancient mystery. Read more about the enigmatic Chachapoyas here

4. The White-Skinned Ainu In Japan

There are today about 25, 000 Ainu left in Japan, and less than 100 of them master the Ainu language. These white-skinned Japanese have fascinated scientists because no-one could figure out how these people ended up on the Hokkaido island. 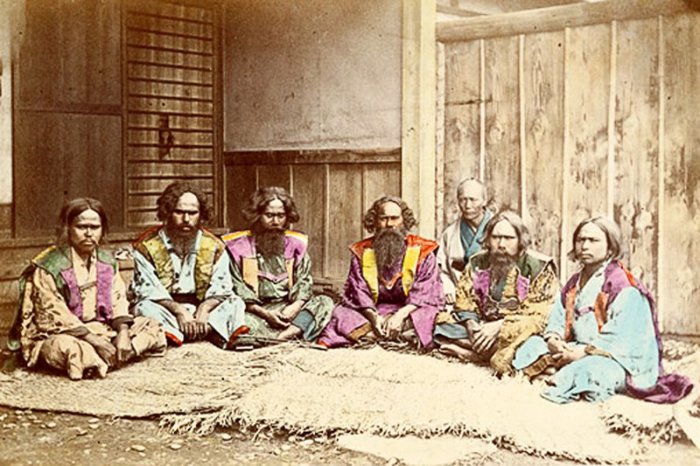 The Ainu do not resemble the Japanese at all and being so different from the rest of the population has been difficult. The Ainu has long been persecuted and mistreated. When scientists conducted DNA tests, they revealed something remarkable and of great historical importance. DNA showed the Ainu people originated from the Epi-Jomon people, the first Japanese civilization! This means the Ainu were the original inhabitants of Japan.

5. The Kalasha - Who Are The Blonde Afghans?

It’s not uncommon to encounter people with blond hair and blue eyes in eastern Afghanistan. 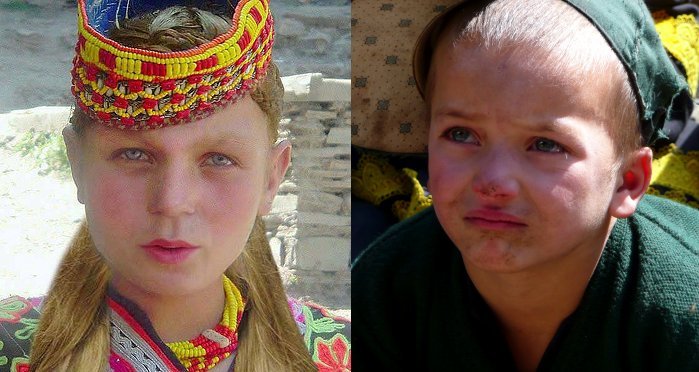 Historians speculate these people can be traced to Alexander the Great, who conquered the region. It’s only an unconfirmed theory. No DNA analysis can support this assumption.

6. Mystery Of The White Chinese

In the Gobi Desert, there is an interesting minority that is unlike other Chinese people. Known as the White Chinese, these people have blue or green eyes, and many have blond hair. How did these people reach this remote region? 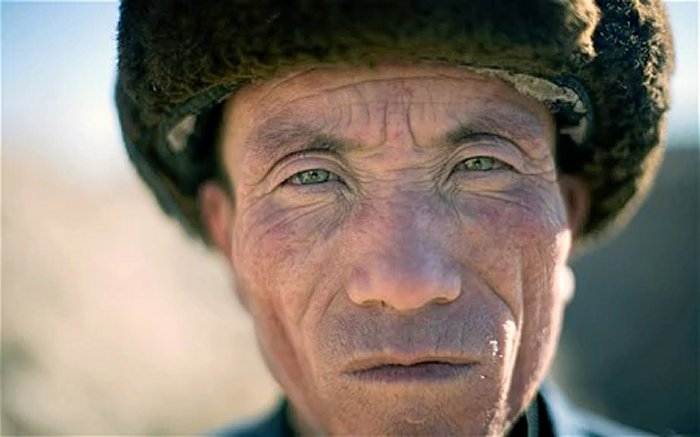 Cai Junnian lives in Liqian. His green eyes give a hint he may be a descendant of Roman mercenaries who allegedly fought the Han Chinese 2,000 years ago Photo: Natalie Behring

A commonly repeated theory is that the ancestors of the White Chinese participated in the battle at Carthage and were forced to escape the enemy. The roman soldiers fled to China and settled in a remote corner of the Gobi Desert.

Studies of minorities are difficult but interesting as the results offer us priceless information about our ancient history. By piecing together the scattered genetic and archaeological clues, we can learn more about the movements of ancient tribes and cultures, creating a more comprehensive picture of the past.

NPR - For Some People of Appalachia, Complicated Roots

West Barbara A. - Encyclopedia of the Peoples of Asia and Oceania

Ellen Lloyd - Mysterious White Chinese May Be Related To Ancient Roman Soldiers – Did Marcus Crassus’ Army Settle Down In The Gobi Desert? AncientPages.com