Angela Sutherland  - AncientPages.com  -  Among many fantastic hybrid creatures with often an arguable origin, there is a legendary and complex sea-creature in Hindu mythology known as Makara.

The origin of the Makara is still a question and many have wondered where it is a Greek, Persian, or Indian invention. Did the sea monster Makara arrive in India from the Mediterranean world?

"Sea monsters figure in Persian mythology as well as in the Mesopotamian cultures and may have had some influence upon India. A few authorities place the origin in the pre-Aryan Indus Valley period. The invasion of Alexander the Great in 325 B.c. may have brought the ancient myths of Poseidon and his sea monsters which, aided by indigenous elements of this idea, stimulated reconstruction of it by the Indians." 1

In the Hindu religion, the Makara is a sea monster that serves as a mount for Varuna, the sea god of the Hindus, one of the oldest Vedic deities and the personification of the sky and also associated with water, ocean, rivers, and clouds. The creature is also the vahana (vehicle) of Vedic river goddess Ganga, the female representation of the Ganges River.

Simultaneously, it has a significant place in Hindu astrology, corresponding to the tenth sign of the Indian Zodiac - Capricorn.

Traditionally, the Makara is considered the source of all existence and fertility.

Sea Monster With Many Incarnations

The word 'makara' itself means 'sea monster,' but this enigmatic creature has more than one incarnation in a variety of different forms. Having the ability of shapeshifting, Makara can assume many forms but usually choose a hybrid-looking animal with the forequarters of a crocodile and the backs of a snake.

In other forms, the Makara is depicted as having the part of the body of an antelope, elephant, or cat and the backs of a fish. Sometimes, it is a huge crab, or part crocodile and part bird, and even a deer with a fish's tail.

As there are so many diversities of Indian culture and tradition, the creature's different forms with different visual symbology, are often challenging to clarify. 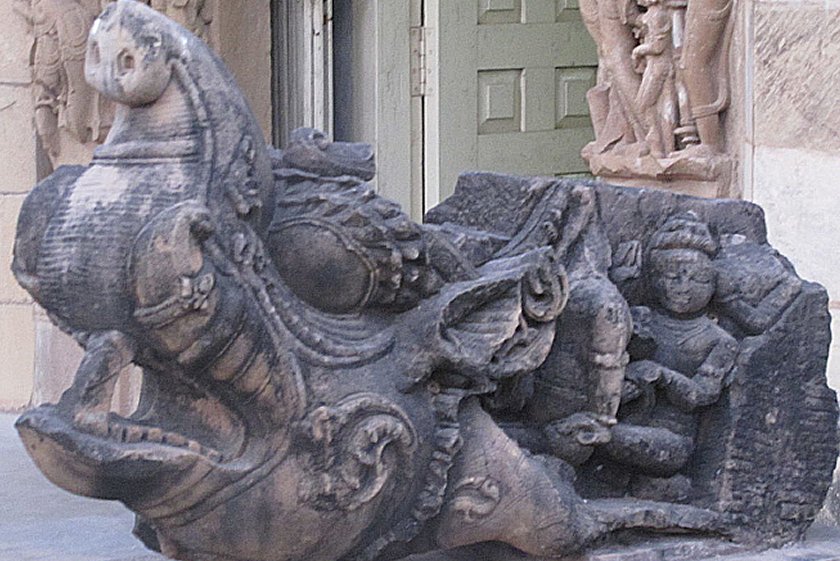 In Sri Lanka, the Makara is a symbol of a dragon and a symbol of prosperity and independence. The Makara symbol can be found on the entrances to Buddhist temples, in Sri Lanka, and the Hindu religious buildings.

The Makara's earliest known depiction can be found at the Lomas Rishi Cave (one of the man-made Barabar Caves) and in several, other early Buddhist sites of India, where it was associated with tree deities, Yakshas, which are usually benevolent, and connected with fertility, mountains, and woods. Yakshas has their much less pleasant version known as 'rakshasas' dwelling in abandoned trees and caves and deserted distant mountain slopes.

Sculptures Of Makara That Survived Until Today

Most sculptures of the great Makara are made of stone. Images of wood or other impermanent materials may have disappeared with time. Images of clay, a very durable material, found in the Indus Valley, have revealed nothing that corresponds to the Makara form. 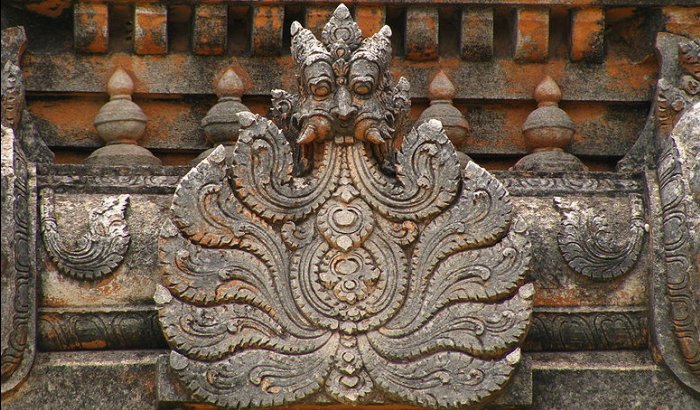 The Makara emblem is widely used in Sri Lankan Buddhist architecture, often depicted on arched gateways (toranas) for ceremonial purposes seen in the Hindu, Buddhist, and Jain architecture of the Indian subcontinent, Southeast Asia, and parts of East Asia. On Hindu temples, it is found carved around doors and acts as a guardian to these sacred places.

Creatures with similar appearances can arrive in the folklore and mythology of Nepal, Kashmir, Indonesia, Indo-China, and Tibet.

The Makara decorates many Vajrayana weapons as a symbol of incredible strength. The weapons include the ax, curved knife, iron hook, vajra, and ritual dagger, where the blade or point of these various weapons emerges from the open mouth of the Makara creature.

As a symbol of the water element the head of the monster often adorns the corner projections of temple roofs as a rainwater gargoyle.

In "The Handbook of Tibetan Buddhist Symbols," Robert Beer writes that The creature's head may also appear at the source of a spring as a carved stone waterspout. 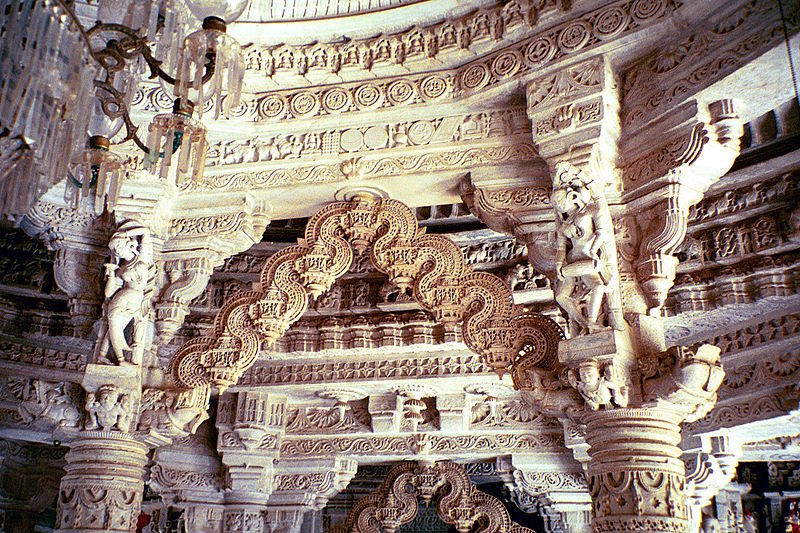 "... symmetrical pair of makaras are depicted alongside two nagas, together with a crowning garuda or (kirtimukha ('the Face of Glory,') a swallowing fierce monster face with huge fangs, and gaping mouth), upon the upper arches of carved wooden doorways, or the torana that rises behind the enlightenment throne of a Buddha or deity image...

As a guardian of gateways, the Makara image appears on the curved prongs of the vast crossed-vajra that encompasses the four gateways of the two-dimensional mandala..." 2

Today, the Makara is used as a decorative motif and remains an artistic and creative form to express an important religious symbol of Hinduism, Buddhism, and Jainism.

Donaldson Thomas E. "Iconography of the Buddhist Sculpture of Orissa"