A. Sutherland  - AncientPages.com - Members of the tribe Tuatha De Danann included many prominent divine personalities such as Dagda, a chief god and his wife, Boann; Morrígan, a goddess of war and fate; Dian Cecht, a god of healing and medicine and his two children, Miach and Airmid; Manannán mac Lir, a god of the sea; Lugh, god of light, sun, and crafts, and his father, Cian. 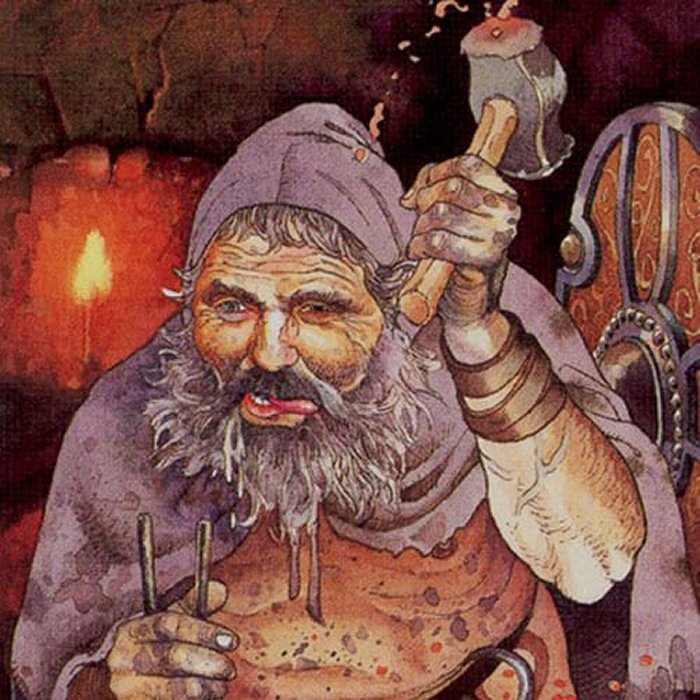 Other divinities included Brigid, a fiery goddess of poetry who protects storytellers and bards; Ogma, associated with eloquence and language, and many more magicians and craftsmen. We must not forget about Goibniu, a god of metalsmithing, one of the three gods of the craft who, along with Creidne, a god of metalworking, and Luchta, the carpenter, helped to make magical weapons for the Tuatha De Danann.

Goibniu (his Welsh counterpart was Gofannon and his Gaulish, Gobannos) is well-remembered from the Second Battle of Mag Tuired as a devoted and tireless armorer, providing Lugh (Lug Lámfhota) with the spear that penetrates Balor's eye.

Goibniu had extraordinary skills and delivered super lethal weapons. He also made all the best weaponry for the warriors of the goddess Dana.

Aoife: Beautiful Female Warrior, Lover Of Cuchulainn And Mother Of His Only Son In Irish Beliefs

In Celtic Mythology: A Concise Guide to the Gods, Sagas and Beliefs, we read that “in the great battles between the Tuatha and the Fomorians, Creidne was always frustrated by the fact that they would kill the same soldiers, carrying brand new weapons, day after day. In frustration, they sent a spy to the Tuatha camp to discover the secret of this magic.

Goibniu was a master; every weapon forged by him “always found its mark and never failed to kill” and the bodies of the dead and wounded warriors were all dipped in the magic Well of Health (“Tobar Slaine”), and were fully restored.

He is mentioned next to Dagda as one of the owners of the Cauldron of Plenty,  (cauldron which is never dry. It was never empty of food and could also be used to restore life to fallen warriors.

According to some tales, the magical cow known as Glas Ghoibhneann ("the grey of Goibniu") was supposed to belong to him, and the animal gave an unlimited amount of milk. She would fill any vessel placed under her. 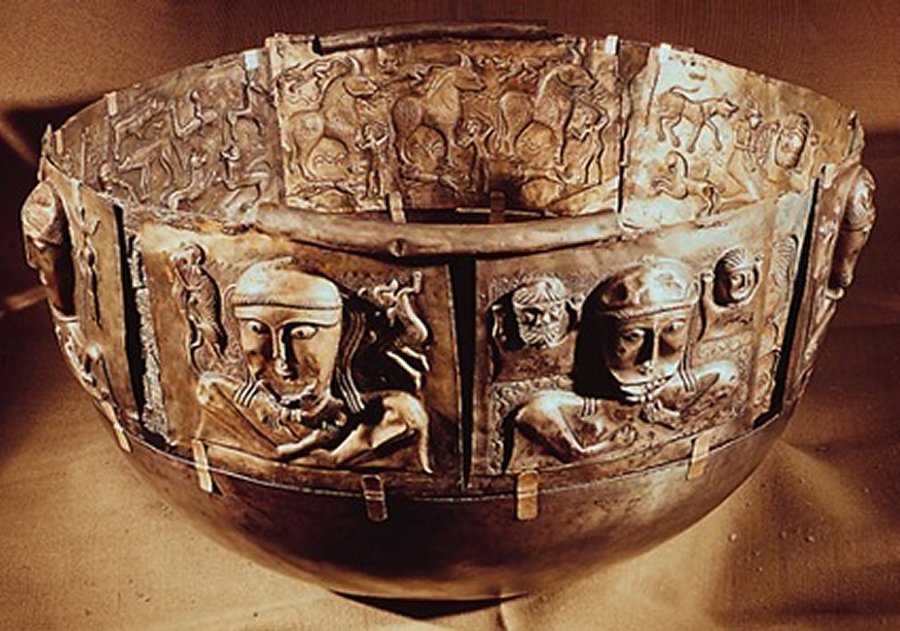 The Gundestrup Cauldron is an impressive artifact associated with the Celtic culture. It is a magnificent vessel made from richly decorated plates of silver that were assembled into a single cauldron. It depicts warriors and other scenery and is dated to the 1st or 2nd century BC. Read more

In one myth, Goibniu was also the host of other-worldly feasts, so-called 'Fled Goibnenn' taking place in the afterlife. The guests consumed vast quantities of an intoxicating drink (now identified with ale). Instead of getting drunk, they would be protected from old age and decay.

Goibniu personally served the divine drink to his guests. The drink was widely distributed before significant battles.

Drinks that gave supernatural powers are mentioned in many myths and legends. For example, the Amrita granted immortality and strength; it could ensure victory in the fight against demons, with which the gods had to fight to protect the divine drink. References to this miraculous nectar can be found not only in the Rig Veda, the oldest of the sacred books of Hinduism, and in Buddhist or Sikh literature.

Archaeologists and historians have also wondered whether the mead consumed by Norse gods and later Vikings had healing properties of honey.

Goibniu’s name derives from the word ‘smith’ (in Old Irish ‘gobha’ and modern Irish ‘gabha’, but otherwise, not much is known about the craft-god of Tuatha. There is much disagreement regarding his parents and his other relatives. 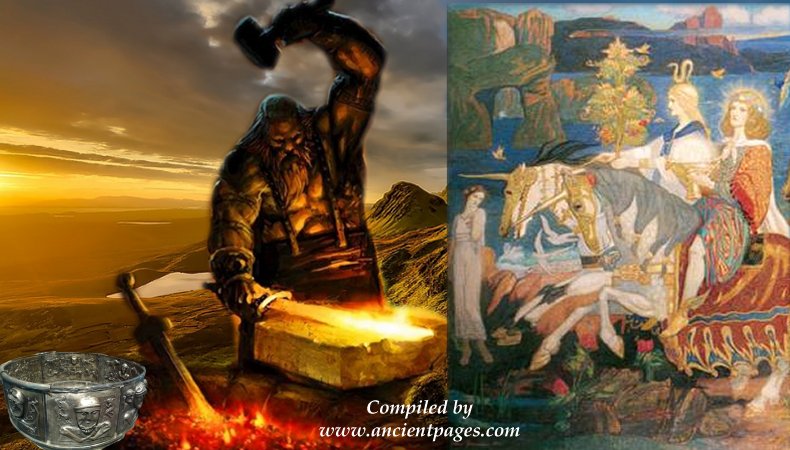 On the one hand, if we consider his Welsh counterpart, Gofannon, it could theoretically mean that Goibniu was the son of Danu, or even a brother of the chief god, Dagda and Dian Cecht. On the other hand, he could have been a grandson of the war-god Néit, as is Balor, and one of the four sons of Esarg, along with Creidne, Luchta, and Dian Cécht, the healing god.

In an alternate text, he is the brother of the Dagda, Nuadu, Creidne, and Luchta, with whom he helps to conquer Ireland for the Tuatha Dé Danann. In other sources, he was related to Gobán Saor (Gobbán Saor), a highly-skilled smith or architect in Irish history and legend. Or was he perhaps a foster-father of Lugh (Lug Lámfhota), a god of the sun or light?