Conny Waters - AncientPages.com - According to Inca mythology, Pachacamac was the god of fire and earthquakes and the child of the sun.

Pacha means "Earth" and Camac means "creator" was originally worshipped by a group of Indian peoples of the coast of Peru (Yuncas) and later adopted by the Incan Empire. 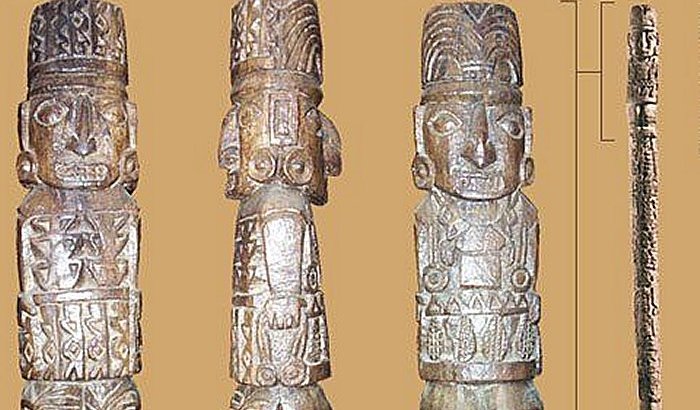 Statues of Pachacamac, this god was worshiped by the Ichma culture.  Image credit: limaeasy.com

Since the 16th century, Spanish chroniclers have said that Hernando Pizarro had destroyed the idol of this deity when he conquered the Inca Empire in the Andes. However, a carved wooden figure depicting Pachacamac was discovered on the archaeological site of the same name in 1938.

Apparently, Pachacamac's idol hadn't been completely destroyed and the Spaniards may have been wrong, but now, there is also yet another mystery related to Pachacamac.

What is the nature of the red color observed on the object?

Is it blood residue, the remnants of sacrificial practices? 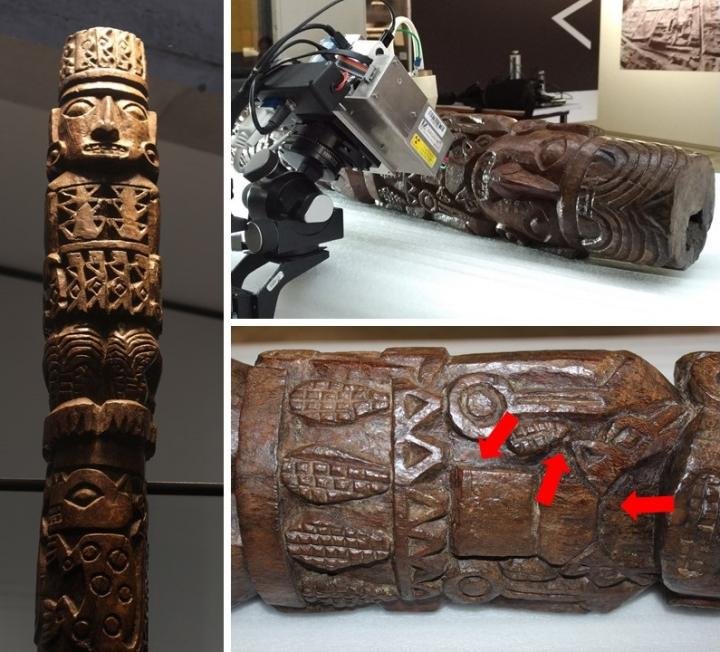 Thanks to close collaboration with the museum at the Pachacamac archaeological site in Peru, an international research team has been able to conduct never-before-seen analysis -- non-invasive and non-destructive analysis -- of the idol's polychromy. They first revealed that red was not the only color present on the piece of wood: we see white on the teeth of a personage and yellow on some headdresses.

What is even more interesting is that the researchers were able to determine the chemical composition of the pigments and show that red is not blood but mercury, no doubt from cinnabar, a mercury mineral known in that region for over 2000 years.

Cinnabar sources in the Andes are 400 km from Pachacamac, at high altitude. So the idol was painted intentionally, no doubt to show economic and political power by carrying a pigment from a faraway region even though others were available on site.

Finally, the Pachacamac idol was carbon-14 dated for the first time. The object was made around 731 AD, probably by the Waris, i.e. about 700 years before the height of the Incan empire. This confirms that the Pachacamac site already had local ritual importance before the Incas arrived. They then made it one of their main pilgrimage centers, to the point that it housed an oracle that advised the emperor himself.

These results are part of a broad study of painted objects and walls at the Pachacamac archaeological site that aims to better understand the materials, practices, and knowledge related to color in the Andes during the pre-Hispanic period.